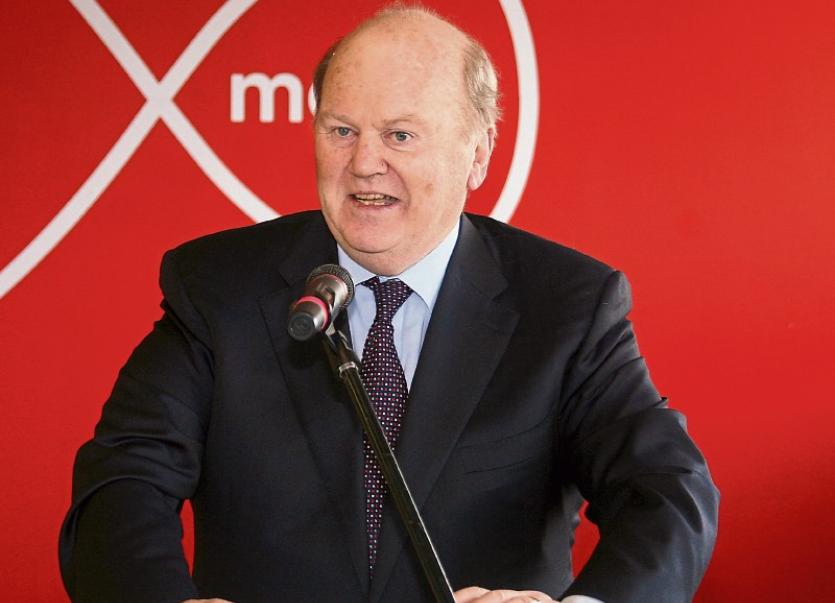 MINISTER for Finance Michael Noonan has said that he expects to travel to Singapore for St Patrick's day to capitalise on potential gains for Ireland in the financial services sector post Brexit.

Speaking to the Limerick Leader, Minister Noonan is the first Cabinet minister, apart from the Taoiseach, to outline his travel plans, which to date have not been released by the Department of Foreign Affairs.

“The likelihood is that I'll be going to Singapore,” Mr Noonan told the Leader. “They have a big financial services industry out there, and we'd be hoping that with Brexit they'd express an interest in Ireland.”

He said he expects to travel with a number of staff from his department, especially if he stays on beyond St Patrick's day. The Minister said he would be meeting with “particular companies” relevant to growing Ireland's economy, having earlier stressed that the UK cannot become 'Singapore-on-Thames' once it leaves the EU market.

Minister of State for Sport and Tourism Patrick O'Donovan said his travel plans have not been confirmed yet.

“The most important thing from my point of view is I have a job to do with Tourism Ireland, and I'd imagine I'd be going into one of the existing or new and emerging markets - North America, and Europe primarily," he said.

“With Brexit and everything else, the Taoiseach wants the maximum number of people to go abroad. This is the one day - and I know some people rail against it - but any country would give their right arm to have an opportunity where their Government representatives have access to the entire world for one day, and get high level access.

"From that point of view, it's more important that ministers would go abroad than be at home.”

He stressed that these trips are necessary to promote Ireland Inc.

“It doesn't do opposition parties and elements of the media to paint this as something as a jolly jaunt, when there's much at stake. Foreign direct investment and tourism played no small part in dragging us out of the economic depression. Mealy-mouthedness in relation to this doesn't do the State any service.

"People shouldn't use this as a cheap opportunity to undermine those going abroad to work on behalf of the State.”