32 new classrooms to be built on existing campus 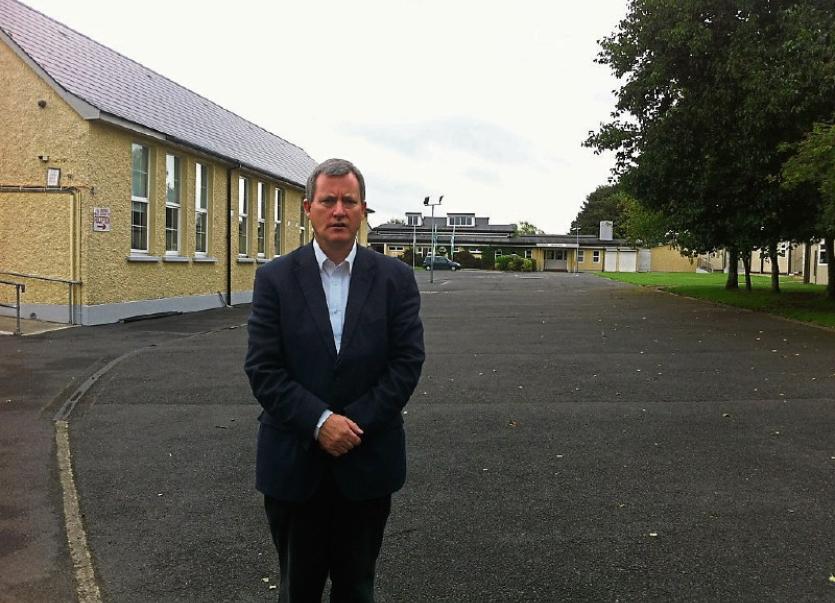 MONALEEN National School has received a major boost this week after the Department of Education green-lit plans for a new school on its site.

The multi-million euro project will see the existing school knocked and replaced with a new 32 classroom building on the Monaleen Road.

Local Senator Kieran O’Donnell has hailed it as being “the single biggest primary school project in my living memory in Limerick”.

The redevelopment of the 850-student primary school was originally meant to be done in two phases up to 2021.

But this Wednesday’s announcement will see the project fast-tracked, with Mr O’Donnell saying he hopes it will be built “as quickly as humanly possible”.

The Fine Gael Senator added: “At present, there’s a brief being prepared by the Department, before it will go to the architectural team, and then a design plan will be developed.”

At present, the majority of Monaleen National School’s students are taught in pre-fab buildings. There are 13 classrooms in temporary accommodation, with three classrooms in the old school and 15 in the existing school.

The new state-of-the-art school will see the classroom provision rise to 32, and will also bring a marginal increase in student intake up to 900. Mr O’Donnell said that although it is a “terrific school, we cannot have a situation where children are in pre-fabs long term. The critical thing is there is certainty around what is happening with that school,” he added.