Luke Culhane selected as Limerick Person of the Year 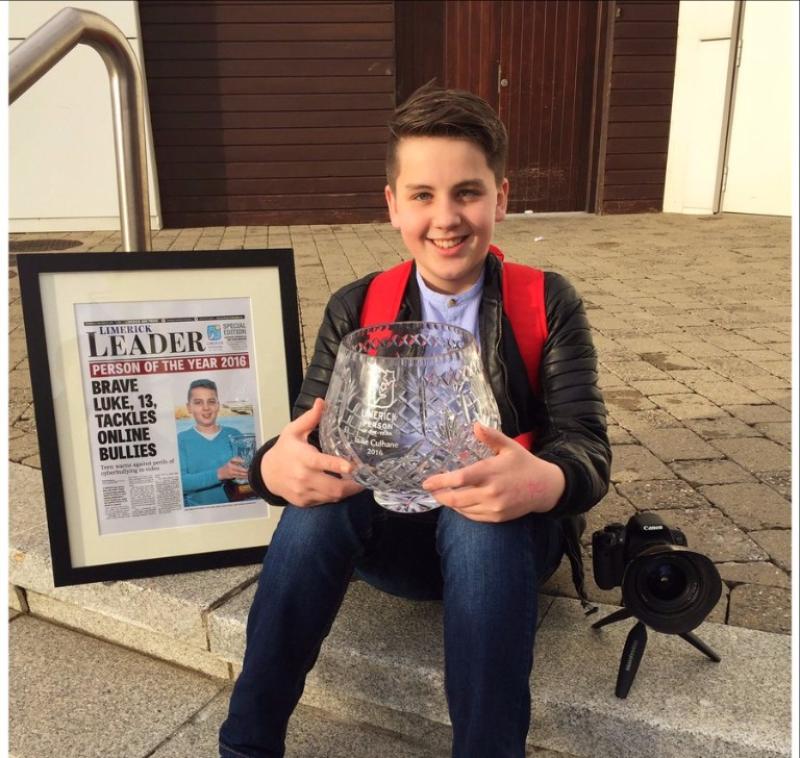 Luke Culhane has been selected as Limerick Person of the Year for 2016 - Picture: Dermot Culhane

A TEENAGER whose powerful video highlighting the need to stand up to faceless online bullies attracted global attention, has been named the Limerick Person of the Year 2016.

A budding filmmaker and blogger, 14-year-old Luke Culhane was motivated to make the video ‘Create No Hate’ after being a victim of cyberbullying himself and, with over 500,000 views, its success was such that the story was picked up by Sky News, BBC, MTV, Fox, RTE and UTV, among others.

The teenager from Castletroy View in Limerick was honoured at a ceremony at Limerick’s Clayton Hotel this Thursday lunchtime.

Luke was selected as the January 2016 award recipient and made enough of an impact to have him selected all of 12 months later for the Limerick Person of the Year Award for 2016. 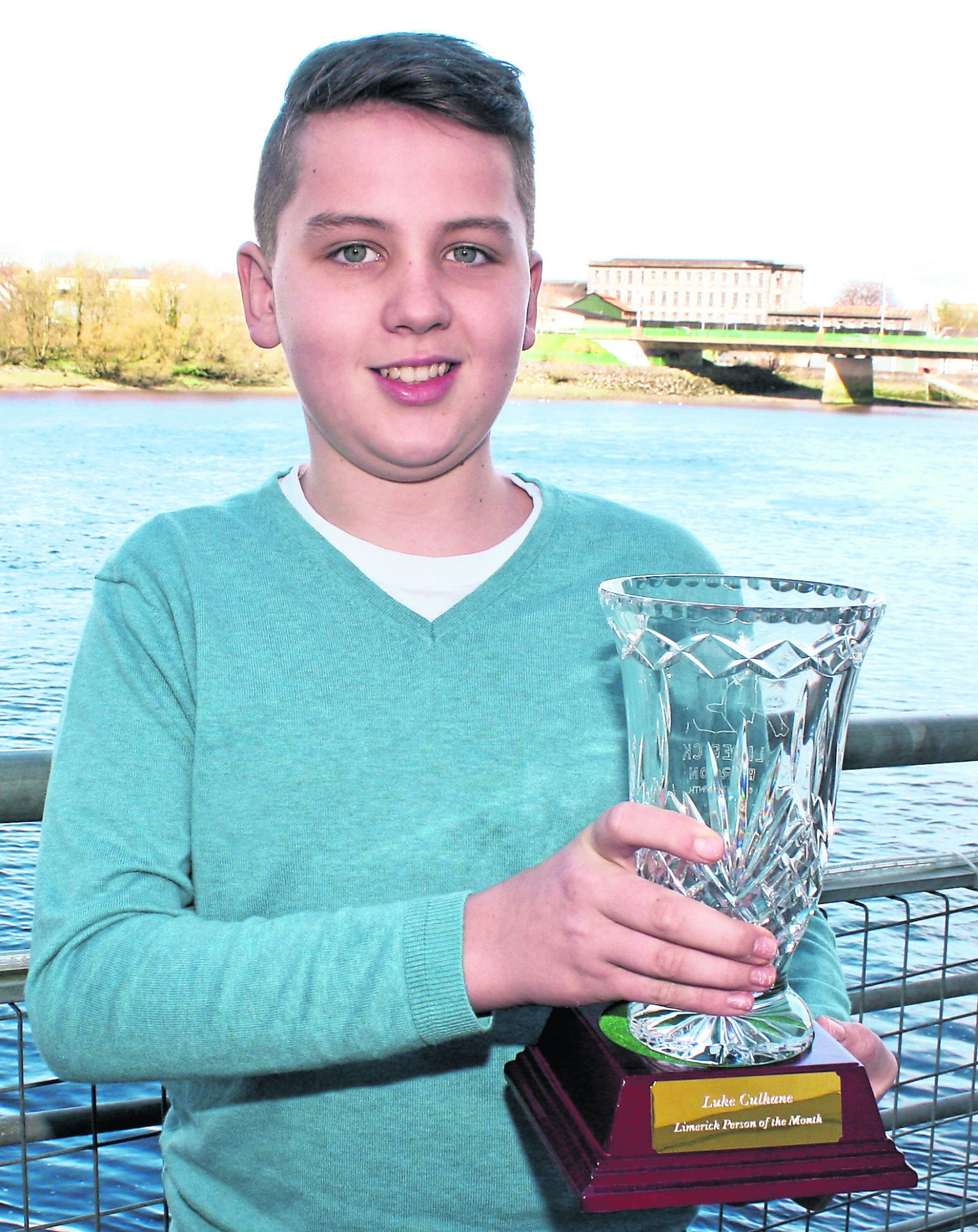 The international admiration for his efforts stretched all the way to December when he was named Young Person of the Year by prominent French newspaper Mon Quotidien.

This Thursday's awards ceremony also saw Olive Foley, wife of the late Anthony Foley, accept a Lifetime Achievement award on behalf of her husband, whose death on October 16 last led to one of the single greatest outpourings of sadness ever experienced across Limerick.

Speaking at the event, Olive Foley said:  “I’m pretty sure Anthony would be recoiling with the attention here today.  He was very proud of his association with Limerick and from a sporting perspective will always be associated with Munster and Shannon, with many of his greatest rugby moments here in Limerick.

“We know that everyone here misses him and it goes without saying that we do. But we really appreciate the fact that he is thought of and remembered so fondly, including with this Lifetime Achievement Award.”

The legendary Shannon, Munster and Ireland No 8 moved with his family from Bruff to Killaloe when he was three- years-old but had an indelible connection with Limerick over the years.  He attended St Munchin’s where he first gained prominence as a schools rugby star, before going on to become the most coloured captain in the history of Shannon and Munster rugby.

Olive Foley accepting the Lifetime Achievement Award in memory of her late husband Anthony at the Limerick Person of the Year 2016 pic.twitter.com/NOa80AsEE7

Speaking at today’s event, Limerick Leader  managing editor Eugene Phelan said:  “It’s fair to say that the two recipients today are utterly inspirational in very different ways but we are here with mixed emotions in relation to them today.

“We all marvelled at Luke’s courage and, indeed, technical ability in putting this video together. It relates to an area that all of society is exercised and very concerned about but when it is a 13 year-old member of that society, as he was then, we are all humbled by what he did.  Luke is clearly a leader and I suspect that this is the start of what will be a hugely successful career in film and one that, will no doubt, leave its mark in a very positive way on society.”

Luke Culhane, the Limerick Person of the Year 2016 pic.twitter.com/PMVZgUROI7

Speaking of the award to Anthony Foley, he said:  “With regard to Anthony Foley, all of us who love rugby and sport generally were totally shocked by news of his death. I don’t think I have ever seen anything like the collective sense of loss that greeted this.   He was an incredible man both on and off the field.

“We all celebrated his rugby achievements and got so much joy here in Limerick from that.  But the other side of Anthony was what he did off the field, his charity work and just how he held himself as a person. He was arguably the most modest sports star and this is an acknowledgement that he totally deserves.”

Now in their 16th year and sponsored by The Limerick Leader, media agency Southern and the Clayton Hotel, the Limerick Person of the Year Awards were set up to honour the achievements and success of local people.