OPINION: It is time to make Limerick a 'Living City'

Nigel Dugdale wonders if his dream living space is a utopian or logical idea? 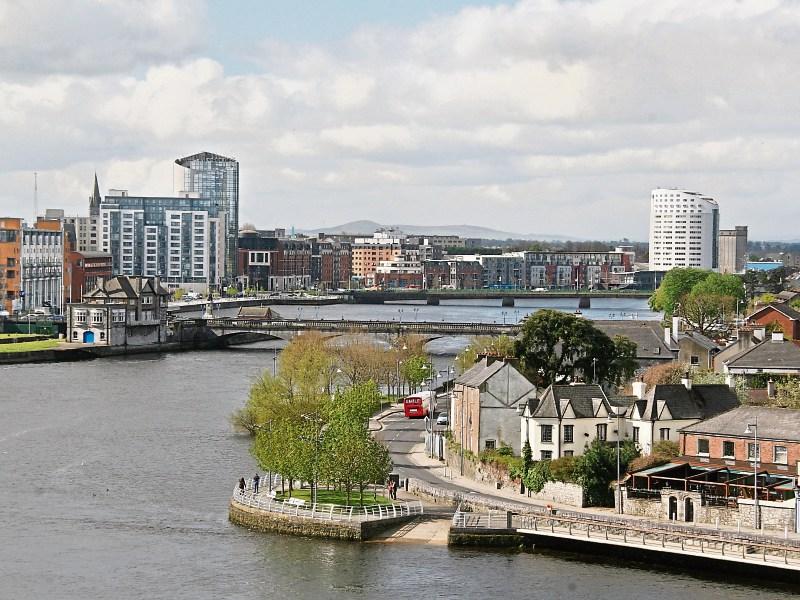 A REPORT by Daft.ie released this week shows that rents across Ireland increased at the fastest pace since Daft started compiling statistics back in 2002.

Across the country average rents rose by 13.5% last year. Here in Limerick city we saw a 12.5% rise in rents last year with the average cost of renting a property coming in at €875.

A quick search of Daft this evening tells me that there are just 17 properties available to rent in the city centre at present.

Of those 17 properties just 2 units are located within what we would traditionally consider to be Limerick city centre.

Last week we saw the launch of Ireland 2040, a consultation process that will ultimately result in the creation of a new planning strategy to deal with Dublin’s rapidly growing oversaturation.

After the launch of Ireland 2040 the economist David McWilliams cited Limerick remarking that: ‘There are only 1,000 people living in Georgian Limerick.

“Given that Georgian Limerick is an architectural gem, such a collapse in population is a travesty for those who could have lived there but instead commute in and out.”

In 2015, the government launched the Living Cities initiative, an incentive scheme aimed at attracting more people to consider living in our city particularly in the Georgian areas.

In June 2016 it was reported that not one application was made under the scheme.

Simply put, it was a failure.

Budget 2016, announced last October, amended certain constraints contained within Living Cities but we have yet to see if Limerick is seeing any improvements in the take up of the scheme.

Last weekend I had an opportunity to stand of the rooftop of a prominent building in the city centre. Looking across the skyline of the city centre one thing became apparent – we will be waiting some time to see any significant additions to our city centre residential offer.

The only crane you see in the sky in Limerick city is the solitary machine currently completing the new courthouse development on Mulgrave St.

The Hanging Gardens remains a shell. Even when this project is completed there will be no residential accommodation contained within.

Kirkland’s residential and office project on the quays, the only major private development the city centre has seen in recent years, has been sent to An Bord Pleanala by local objectors.

A stroll through along O’Connell St gives you a sense of how we have treated our Georgian heritage. 60% of the ‘above the shop’ space in Georgian buildings is vacant.

Our side streets are even worse.

We have allowed many of these wonderful buildings to fall into a state of repair that is nothing other than sinful.

Wander the People’s Park or the city quays on a Sunday morning and you will notice something interesting. The majority of people using our public spaces are those who have moved to Limerick in recent years from other European countries.

Limerick people seem to use the city for work or play on weekend evenings. At 5.30pm they get in their cars and head for the leafy suburbs of Castletroy, Corbally, Dooradoyle or Raheen leaving our city centre like a ghost town between 6pm and 9pm until the ‘evening economy’ kicks off.

All the trends are showing that young millennials will not only desire but will expect to live in urban centres in the future. I would go so far as to say this is already happening

The problem is that there is nothing on offer in Limerick city at present to attract those who already desire city life over wasted commutes morning and night.

My dream living space in Limerick is one floor of a Georgian house. It would have an open plan kitchen and living space. The tall Georgian windows would give me plenty of light.

The city parks or the waterfront would become my back garden. I would rent a car on weekends if I really needed one. My neighbourhood would become a Limerick street where the cafes, bars and shops become my social environment.

Does my dream living space sound utopian? Or does it simply sound logical? Surely it is now time to ask ourselves where we have gone wrong in Limerick.

The local authority has clearly stated the need to create a vibrant city centre. My fear is that for too long the focus has been on job creation as opposed to properly incentivising quality living accommodation.

We find ourselves in a difficult chicken and egg urban conundrum.

What young people desire in terms of living accommodation these days is fundamentally different from the traditional two-up, two-down or suburban models of the past.

The opportunity is there but my fear is this - if we do not act soon some other city will reap the rewards leaving Limerick city centre forgotten for another generation.

Surely we must now strive to make Limerick a true Living City?