Actress Ruth Negga up for Oscar Wilde award in LA 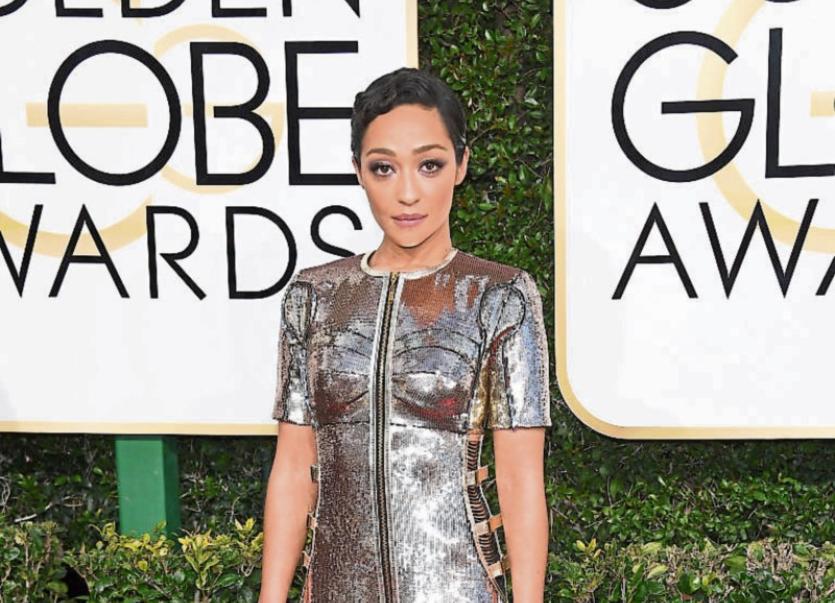 SHE missed out on receiving a Rising Star award at the Baftas at the weekend, but Limerick raised actress Ruth Negga has been nominated for an Oscar Wilde award in Los Angeles.

The 35-year-old star of Loving, who has also been shortlisted for Best Actress in the upcoming Oscars on February 26, has now been recognised by the US-Ireland Alliance.

“I watched the film several times at our various screenings and found new subtleties with each viewing. The brilliance of Ruth’s performance lies in the nuances. It’s a role that requires the conveyance of emotion as much through a look as through dialogue.”

Others honorees this year will include Zachary Quinto, Glen Hansard, Caitriona Balfe, and Martin Short, at their annual bash on February 23, at JJ Abrams’ Bad Robot offices in Santa Monica, with Abrams acting as MC.

Zachary, an Irish American, lived and worked in Galway for a time during his college years, before coming to prominence in 2007 when he was cast as the psychopathic super-powered serial killer Sylar on the hit NBC series Heroes.

The US-Ireland Alliance is a non-profit organisation dedicated to consolidating existing relations between the United States and Ireland and building that relationship, through education, politics, business and the arts, for the mutual benefit of both countries.

Negga, the former star of Love/Hate on RTE, can also be seen starring as Tulip O’Hare in season two of the AMC series Preacher opposite Dominic Cooper. Produced by Seth Rogen, the series is based on the hit graphic novel of the same name.

At the British Academy Film Awards in the Royal Albert Hall, Negga was nominated in the Rising Star category alongside, Anya Taylor-Joy, Lucas Hedges, Laia Costa and 20-year-old Brirish actor Tom Holland, best known as the new Spider-man, with the latter claiming the award in the public vote. Her fellow nominees in the Academy Awards are Natalie Portman (Jackie), Meryl Streep (Florence Foster Jenkins), Emma Stone (La La Land), and Isabelle Huppert (Elle). Negga said she was “truly humbled” by the nomination.