Limerick ICMSA chair issues warning after his home is burgled 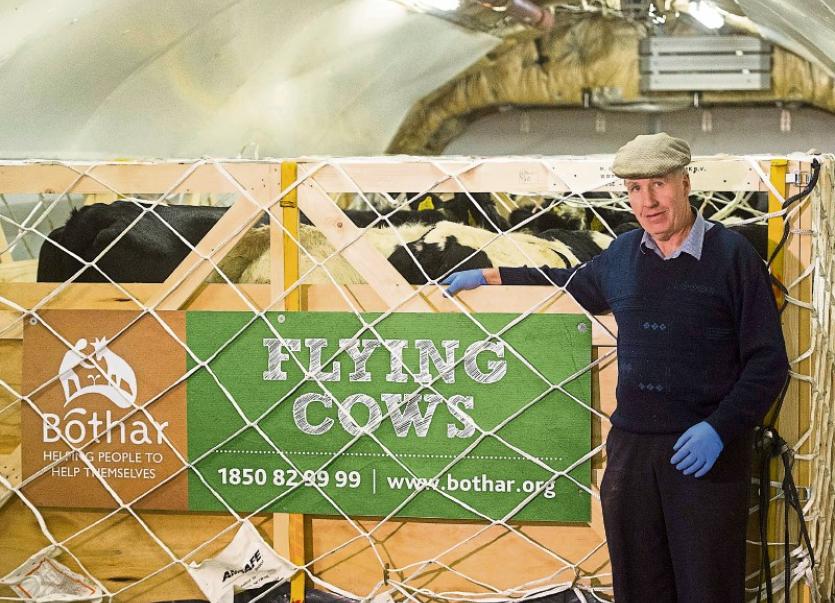 TWO LEADING Limerick ICMSA men – who have had their properties targeted – have issued a warning to fellow farmers and rural dwellers.

Tom Blackburn, local chairman of the farm organisation, said there has been an increase in crime in the county since the turn of the year.

Along with his own home in Effin being broken into, a house was burgled in Ardpatrick, a car was taken from a farmer’s yard in Colmanswell, a van stolen in Dromin, house in Kilfinane was ransacked, burglary in Croagh, where cash was robbed, and one in Rathkeale. Waterford Crystal lamps were stolen in that incident and Waterford Crystal bowls were taken from Mr Blackburn’s abode.

“Farmers and people living in rural Ireland are vulnerable. It looks like they are targeting farmers. Our house was broken into. It is not a nice experience. There wasn’t a pile taken but it is the invasion of your privacy,” said Mr Blackburn, who described the perpetrators as “professionals”.

“They knew exactly what they wanted because they took crystal bowls and left glasses. They were looking for valuables, they took some wedding presents. There was a blanket on the chair, they rolled them up in it and gone,” he added.

It happened between 4pm and 11.30pm on December 30 while Mr Blackburn and his wife were out. The thieves also had a taste for spirits as they took whisky and brandy.

He spoke to the Leader to warn, “This is happening and try and secure your property as best you can”.

“There would be a deep sense of fear out there. The gardai are doing their best but definitely having more gardai on the beat would be an advantage,” he said. Like many in rural Ireland Mr Blackburn is installing security measures. “Now in most places if anybody is coming they have to ring in advance to make sure the gate is open and you can’t blame them. It is very sad.”

Fellow Limerick ICMSA man and national dairy chair, Gerald Quain had €2,000 worth of goods taken from his Colmanswell farm two years ago.

“There isn’t a farmer who hasn’t been affected by crime or knows a neighbour who has,” said Mr Quain.