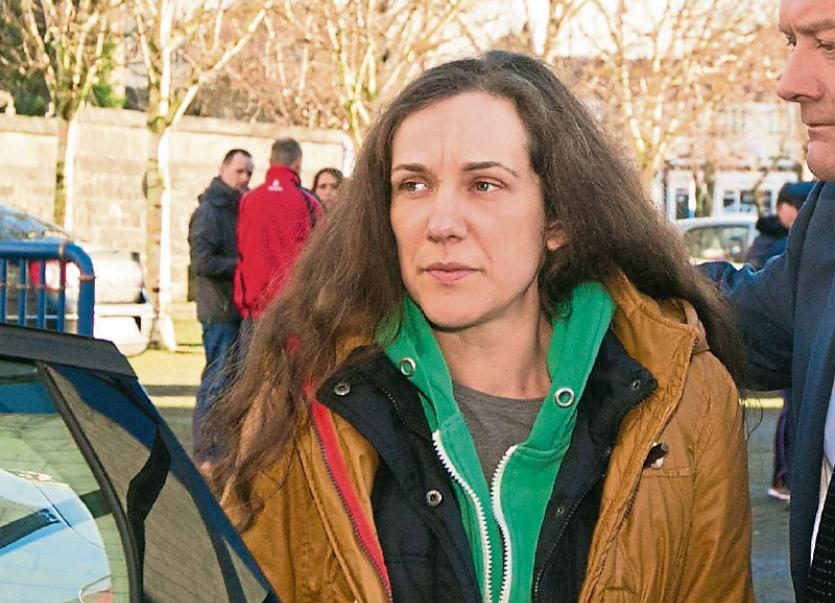 A WOMAN who is accused of murdering her former partner at their home in Castletroy was stressed and crying while a search was underway for her housemate and former partner, witnesses have told her trial.

Monika Matracka, aged 35, with an address at The Pines, Briarfield has pleaded not guilty to murdering Michal Rejmer (38) at that address at a time unknown between 8pm on December 30 and midnight on December 31, 2015.

Opening the prosecution case to a jury at the Central Criminal Court on Wednesday, Mr Paul Carroll SC told the court that Ms Matracka told gardai that she stabbed her housemate and former partner in self-defence.

Mr Rejmer was reported missing on January 6, 2016 after colleagues became concerned when he had not turned up for work at MacDonald's in Castletroy for a number of days. He was last seen on December 30, 2015.

The court heard that one of the areas the jury will have to consider is whether the defence of self-defence arises in this case.

In evidence this Friday, Marzena Robak, who worked in the Kilmurry Lodge Hotel with the accused, said that Ms Matracka was "very honest and sincere" and "conducted her work very well

Ms Robak told Mr Carroll that both her and Ms Matracka were working on January 1, 2016 and everything was normal.

Ms Robak said she saw Ms Matracka in work on the Wednesday and Thursday of the first week of January.

"That was the time the search for Michal was going on, we were all worried and Monika was sad. She said she was going through that emotion very strong and with all that stress she cant come to work on Friday," said Ms Robak.

The witness agreed with Mark Nicholas SC, defending, that each girll who worked under her supervision got a list of bedrooms to clean and that Ms Robak would check up on their work afterwards.

Ms Robak agreed with Mr Nicholas that his client was "very reserved and kept to herself."

The witness told counsel that Ms Matracka started crying on January 7 when they were having a cigarette.

Ms Robak said there were "tears coming out Ms Matracka's eyes" and she was comforting her when she told her she could not come to work the following day.

Another worker from the Kilmurry Lodge Hotel – Malgorzata Glogowska – told the court she saw the accused working at the hotel on December 30 and 31 but did not notice anything about her apart from her being "a little upset at lunch" on December 31.

The witness testified that she smoked a cigarette with Ms Matracka at lunchtime on January 1.

"She never smoked before and I ask why she smoking and she said she was stressed. She started to cry at that time as she so stressed," said Ms Glogowska.

The jury has been shown CCTV footage from a number of locations in Castletroy showing the deceased walking from his home and arriving into the rear entrance of his work at McDonald's at 1pm on December 30, 2015.

In another clip Mr Rejmer is seen leaving work that same day at 8.35pm and walking home in the direction of Briarfield in Castletroy.

The jury also viewed CCTV footage of Ms Matracka arriving for work at the Kilmurry Lodge Hotel at 7.53am on December 31, 2015. At 8.15am she can be seen holding a cleaning bucket and some supplies in her hand. In another clip Ms Matracka can be seen leaving work at 3.22pm that afternoon and walking in the direction of Briarfield in Castletroy.

The jury also saw CCTV footage of Ms Matracka arriving for work at 9.56am on January 1, 2016. The accused can be seen leaving the Kilmurry Lodge Hotel that evening at 5.35pm and walking in the direction of Briarfield in Castletroy. In another clip Ms Matracka can be seen arriving to work at 9am on January 2, 2016.

The next piece of CCTV footage showed the accused arriving for work at 8.56am on January 6, 2016 and leaving later that day.

Garda Nick Jones told the jury that another piece of CCTV footage showed Ms Matracka walking in the vicinity of The Pines and appearing "to have something across her arm or shoulder."

Another piece of CCTV footage showed the accused buying €20 credit for a Meteor phone at 7pm on January 6.