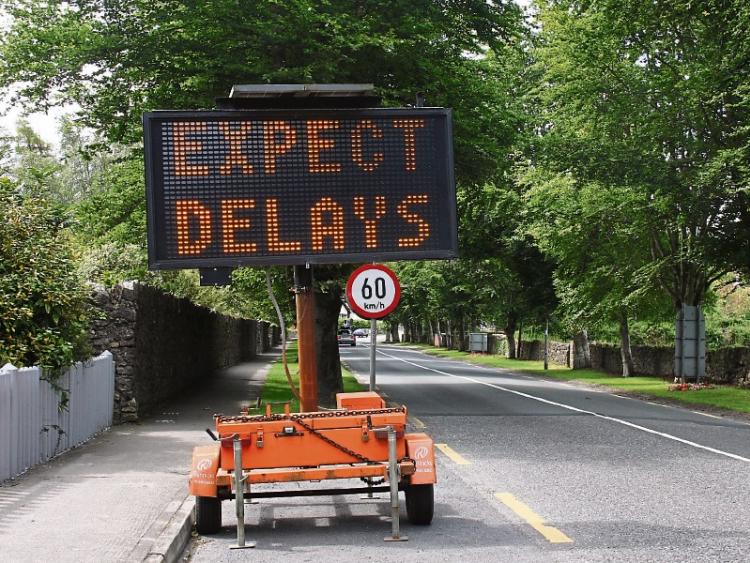 Expect delays: Roadworks are adding to the traffic in Adare

ROADWORKS in Adare this week have again raised eyebrows about traffic at one of the country’s worst bottlenecks, with locals calling for the village bypass to be prioritised.

Necessary works are currently underway in the village of Adare from the L1422 Blackabbey Junction to R516 Ballingarry Road Junction, and are expected to be finished on Friday, February 10, according to Limerick City and County Council.

“These roadworks are necessary to enable ground investigation provisions,” said a council spokesperson at the commencement of the works.

Emergency vehicle access will be maintained as usual throughout the period.

“Limerick City and County Council wishes to advise motorists and road users that traffic delays will be expected at and adjacent to this location during these roadworks,” said the spokesperson.

“Every effort will be made to reduce the impact of the works for all road users.”

Adare has long suffered congestion of traffic moving through the village, with motorists regularly reporting delays at peak times.

Online one person noted that traffic is already slow through the village, and called for something to be done for the village.

“Adare traffic, even without roadworks, has been disastrous for several years. As the main national tourist route to the most popular region in the country, it is just unacceptable. The village, itself a tourist mecca, has been strangled for far too long. Something must be done immediately. The new Limerick to Foynes road, bypassing Adare, has to be a top priority,” another.

Another said: “A small beautiful village that turns people to hate driving through it.

“Two pedestrian crossings in a tiny village, a roundabout and a set of traffic lights – added to that, you have people stopping traffic, double parking on the Main Street… It’s a nightmare to get through.

“These roadworks should be in the evening, after 7pm or later, when the heavy traffic is gone through. The village should have been bypassed a decade ago.”

Another person also blamed the pedestrian crossings for the buildup in traffic.

“Actually one of them is a pedestrian crossing, the other is an island. I never ever go through Adare unless it is all hours of the morning or night.”

The most recent design update for the new Foynes to Limerick route was made in September 2016 after several changes to the original mapping for the road, which will bypass Adare.