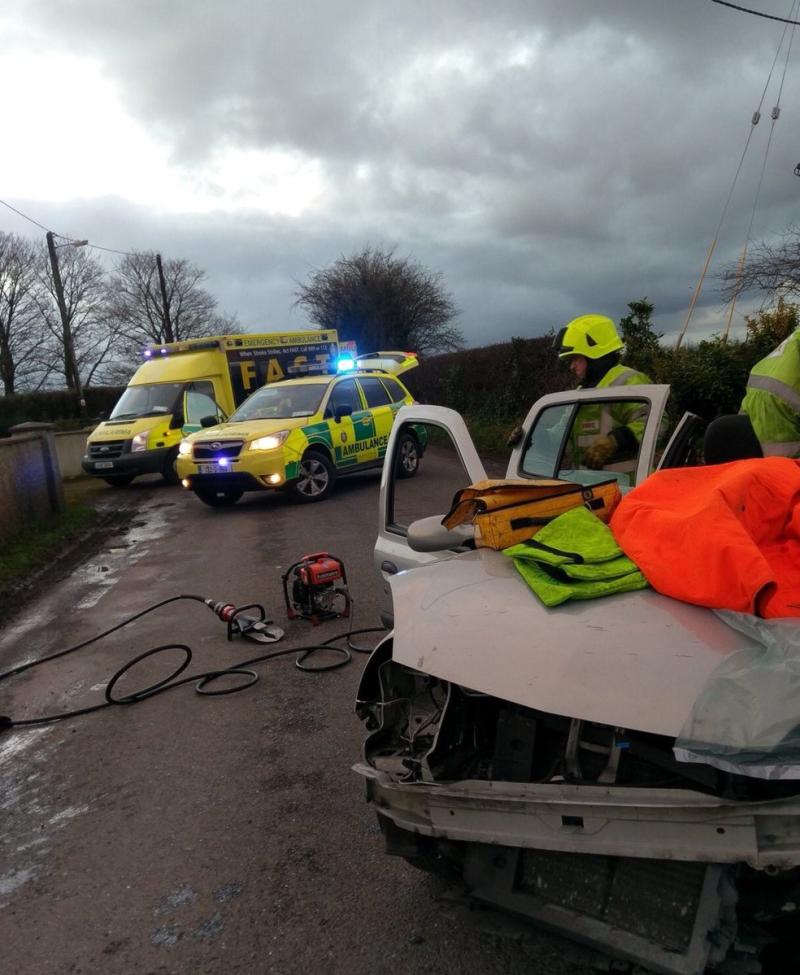 This photograph was posted by @AmbulanceNAS

The head-on collision at Cregane, around two miles on the Limerick side of Charleville happened shortly before 5pm and emergency services, including ambulance crews from Limerick city and Newcastle West, attended the scene for several hours.

Units of the fire and rescue service from Kilmallock and Charleville were also deployed along with local gardai who are investigating the circumstances of the collision.

It is understood that four people were injured but their conditions are not believed to be life threatening.

The section of the N20 which had been closed reopened at shortly after 8.30pm.