Calls to extend access to redress scheme raised in the Dail 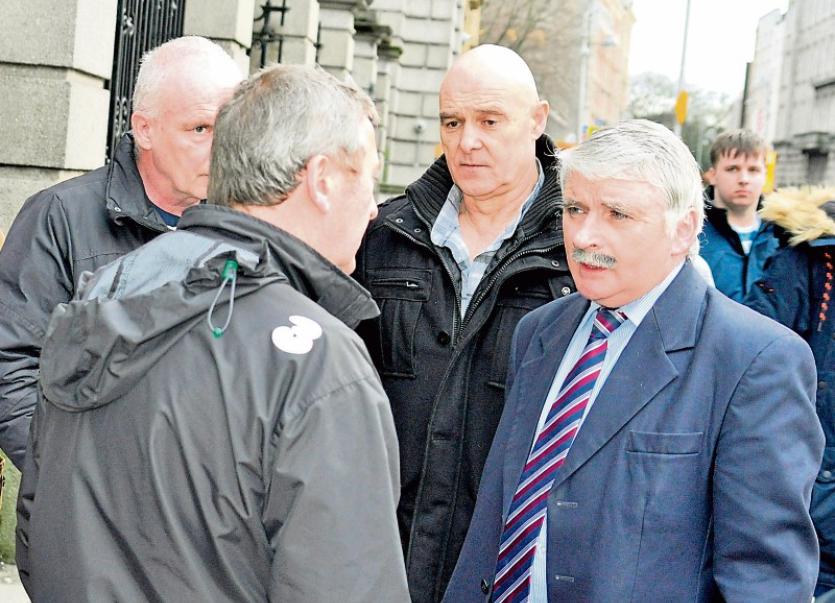 Deputy Willie O'Dea pictured outside the Dail with some of the abuse victims who are seeking redress - Picture: Paul Dillon

THE Minister for Education and Skills says he is willing to consider a request to meet with some of the men who were sexually abused at Creagh Lane National School in the city more than fifty years ago.

However, Minister Richard Bruton has told the Dail that current legislation does not allow for the victims to be included in a redress scheme which was established to compensate those who were sexually abused at certain State-operated residential institutions.

Speaking during a Topical Issues debate on Tuesday evening, Limerick city TD Willie O’Dea called for the victims from Creagh Lane NS to be given access to the scheme.

“A redress scheme is a redress scheme, and a redress scheme should be concerned only with whether abuse took place, whether people were affected by it and the level of compensation. We want justice for the victims of the sexual and physical abuse suffered in Creagh Lane primary school,” he said adding that it is not disputed that the men were abused by a teacher while attending the school.

“The victims in question have fought long and hard. Their lives have been undermined and, in some cases, destroyed as a result of what they suffered as innocent children in the care of the State,” he added.

Deputy Paul Murphy of the Anti Austerity Alliance says he is supporting the calls from Deputy O’Dea to give the victims access to the redress scheme.

”The men were abused by a teacher being paid by the State. That is uncontested. The man was convicted. Afterwards, the victims faced threats and bullying all over again, this time from the State,” he said.

Speaking during Tuesday night’s debate, Minister Bruton said the law, as it stands, does not allow for the victims to be given access to the redress scheme.

When pushed by Deputy O’Dea, the minister said he would consider a request to meet with some of those who were abused at Creagh Lane National School during the 1960s.

“I will consider that matter, but I do not have the capacity to deal with the issue. The legislation is clear and I cannot just change this situation. That is the legal advice that I have received. I will consider the request, but I do not want to give the impression that I am in a position to introduce a scheme of compensation when the established rules as to when the State is liable are clear. I do not want to give a false sense of expectation,” he said in reply to Deputy O’Dea.