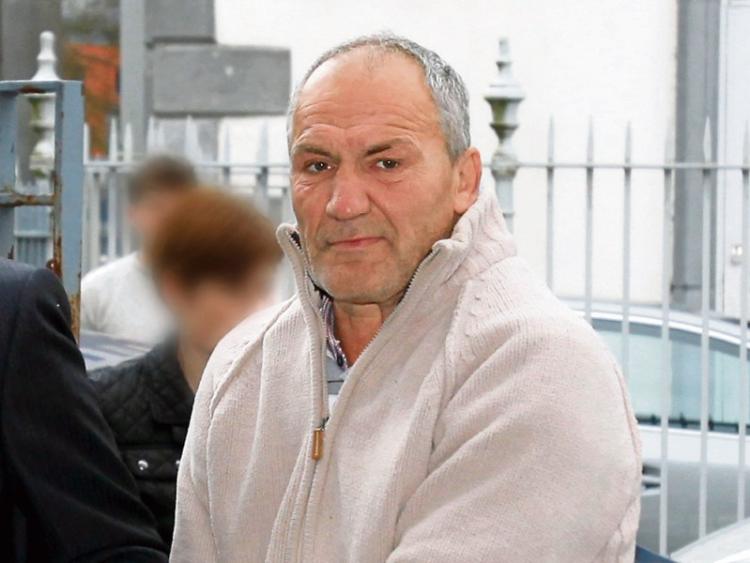 A LATVIAN man has gone on trial accused of murdering his flatmate at their home in the city almost two years ago.

Arnis Labunskis, aged 56, who has an address at Wolfe Tone Street has pleaded not guilty to murdering Dainius Burba (39) on a date between April 21 and April 22, 2015.

Opening the case, Anthony Sammon SC, prosecuting, told the jury of three women and nine men they will hear evidence that the accused had gone to his daughter’s home in the early hours of April 22, 2015.

“She noticed blood on his pants and he told her that he had been in a fight with Dainius Burba,” explained the barrister.

He said that she then drove her father to see her brother, who noticed blood on his father’s shoes.

Mr Sammon said the accused man’s daughter sent a man to check on the situation that morning and that the accused let him into the flat.

“He sees blood on the wall and blood on Mr Labunskis’ hoodie,” said Mr Sammon, adding that the defendant had shown him Mr Burba’s body and ‘indicated he had an intention to dispose of the body’”.

The gardai were called but the accused was deemed too intoxicated to interview. When he was later interviewed, he told gardai he had come home to the flat and come upon Dainius Burba, who was very badly injured.

“He was alarmed that some intruders had caused these serious injuries, that they might still be on the premises and he picked up a table leg lest he have to defend himself,” he said of the accused man’s interview.

“He tried to assist the fatally injured Mr Burba and that would explain the blood staining he had on his clothing,” he continued.

Mr Sammon said that the table leg was possibly the murder weapon but that was a matter for the jurors to tease out.

He also said the jurors would receive the evidence of a forensic scientist, who would explain what they could tell from finding different types of blood staining.

The jury was then shown various photographs taken at the scene, along with maps of the area and plans of the flat.

The trial continues before Ms Justice Deirdre McCarthy and is expected to last until the end of next week.