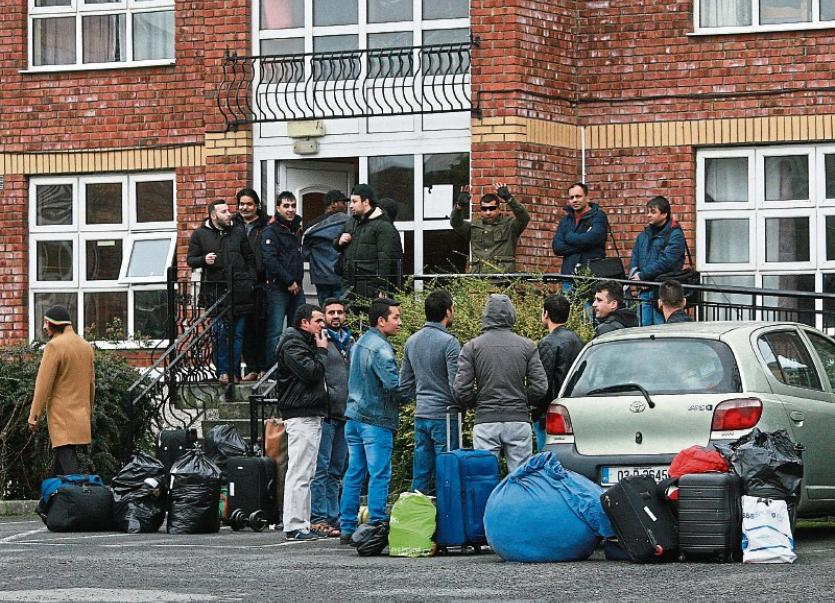 Asylum seekers wait for buses to be transferred to new centres

THE 12 staff members at the recently-closed Direct Provision centre in the city have been served with letters confirming the termination of their employment, the Limerick Leader has learned.

A source told this newspaper that the eight full-time and four part-time staff at Westbourne Accommodation Centre, said that they were issued an e-mail and a letter confirming the termination.

On January 19, the 12 staff and 64 male asylum seekers received a closure notice from the Reception and Integration Agency (Ria) after repairs in relation to “health and safety” had not been carried out, following a number of requests.

On January 25, the centre officially shut its doors, leaving 64 residents being transferred to other facilities locally, and to Athlone and Longford.

The terminated contract was with Westbourne Holiday Hostel Limited, whose borrowings had been acquired by Nama in December 2010, and later acquired by OCM EmRu Debtco DAC (OCM) — a subsidiary of Oaktree Capital Management.

OCM is the same firm involved with the Strand Apartments saga, which saw dozens of residents served with eviction notices earlier this month.

“They have been given everything they are entitled to,” the source said.

Last Thursday in Dáil Éireann, Anti-Austerity Alliance-People Before Profit TD Ruth Coppinger asked Minister for Education Richard Bruton to provide details on legal protection for those affected by the closure.

“Minister, I wanted to ask you what laws you are going to introduce to deal with the situation that happened yesterday in Limerick, whereby 12 workers face losing their jobs and 64 men, who are living in a hotel as refugees, have now been evicted from their homes of long-standing?

“Now, in the programme for Government, you mention a commitment to provide greater protection for mortgage holders and tenants whose loans fall into the hands of vulture funds.

"Here we have the most vulnerable tenants that we could possibly think about in this country, in terms of people in Direct Provision; who were being given refuge by one arm of the State, and whose loans were sold by another arm of the State — Nama — and quite an incredible situation.”