US Embassy in Ireland says "provision is implemented" at Shannon 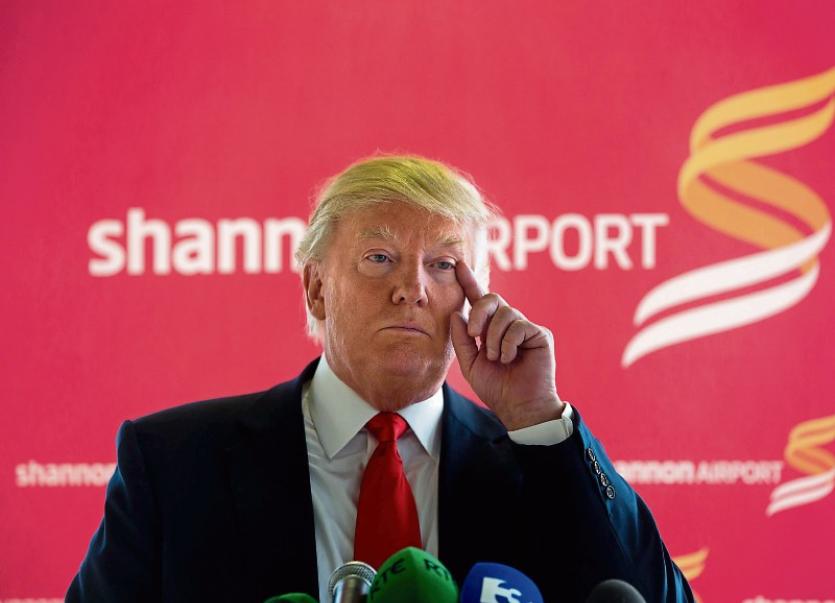 US President's Donald Trump's executive order preventing the immigration of certain nationalities into America extends to Shannon Airport's pre-clearance, the US Embassy has said.

The 90 day ban on travellers and refugees from seven Muslim countries entering the US is in operation worldwide and from both Irish airports.

In a statement regarding President Trump's "Executive Order Enhancing Public Safety in the Interior of the U.S", the US Embassy said: "The Executive Order suspends visa issuance and entry into the United States of nationals of countries of particular concern (Iraq, Iran, Libya, Somalia, Sudan, Syria, and Yemen), including dual nationals of these countries

"U.S. Customs and Border Protection has implemented this provision at its Pre-Clearance facilities, including at Dublin and Shannon airports, as well as at Ports of Entry across the United States.

"Nationals of these countries, including dual nationals, who have already scheduled a visa interview at U.S. Embassy Dublin should not attend their appointment as we will not be able to proceed with the visa interview.

"We will announce any additional changes affecting travellers to the United States as soon as that information is available."

The order has been challenged by a court in the US, which has added to the confusion surrounding its implementation.

The Embassy has said that the majority of Irish people "won't be affected".

Minister for Children and Youth Affairs Katherine Zappone tweeted that she was "deeply concerned that discrimination maybe happening at US immigration in Irish airports and am seeking an urgent review.

"Solidarity with all demanding liberty and equality on the streets, at airports and in the courts of the US," she added.

I am deeply concerned that discrimination maybe happening at US immigration in Irish airports and am seeking an urgent review.

Solidarity with all demanding liberty and equality on the streets, at airports and in the courts of the US.

The Social Democrats called on the Taoiseach and the Minister for Foreign Affairs to "speak out in the face of the latest disturbing actions on immigration and refugees by President Trump.

"Shutting the doors to America in such a cruel and arbitrary way is not what is best about the US, which has for generations accepted and supported those fleeing persecution," said Social Democrat co-leaders Roísín Shortall TD and Catherine Murphy TD in a statement.

"The way in which we protect the most vulnerable is an indicator of our core values, of a healthy democracy and of our common humanity. We do not believe that the latest actions by President Trump and his administration are indicators of the core values of most American people, nor of Irish people.

"The fundamentals of democracy and the rule of law are being turned on their heads. All those now being blocked from entering the US were legal immigrants or have been through very strict US and UNHCR procedures before being accepted as refugees to the US.

"The shutdown impacts on us many ways in Ireland not least as we are now home to US immigration and it is on our soil that people are being turned away from their homes and their families."

The US pre-clearance at Shannon - enabling passengers to go through both US Immigration and Customs inspections before departing Ireland - first started in August 2009 and saw Shannon become the first European airport with pre-clearance for the US.

As recently as September, a new security system combining European and US pre-clearance checkpoints was being tested at the airport.