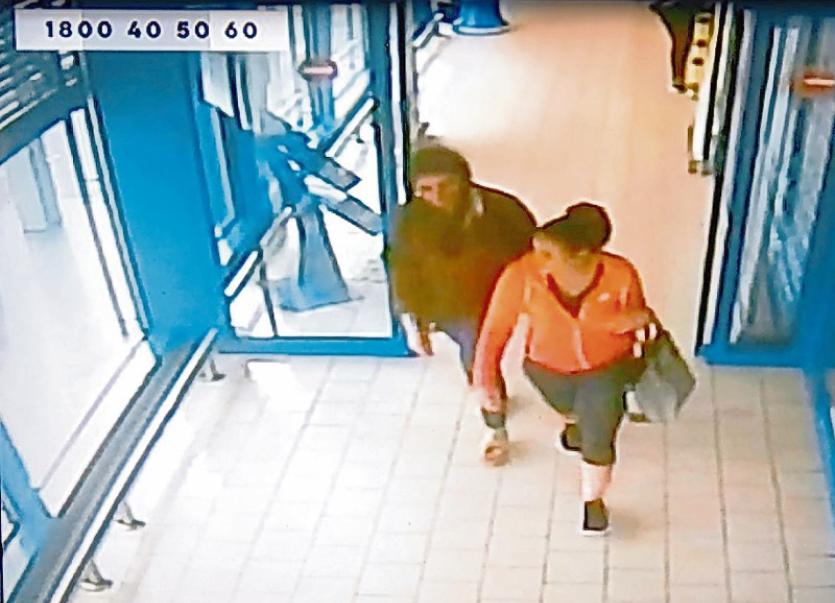 GARDAI are seeking information about the theft of a significant quantity of alcohol from a supermarket in Limerick last summer.

Two women featured in CCTV footage which was broadcast during the Crimecall programme on RTÉ this Monday night.

In it two women – one wearing an orange top and one wearing a brown top – are seen in the alcohol aisle of the premises.

Garda Greg Freegrove told viewers that nine bottles of spirits were stolen from the store at around 4.30pm on June 15, 2016.

He said the women appeared to remove security tags from the bottles before placing them in bags and leaving the store without paying.

“We have footage of both women passing all the points of payments as they are leaving the shop,” said Garda Freegrove, who added that the manager of the store subsequently discovered a large quantity of alcohol was missing from the aisle where the women were seen.

Anyone with information is asked to contact Crimecall at 1800405060 or their local garda station.