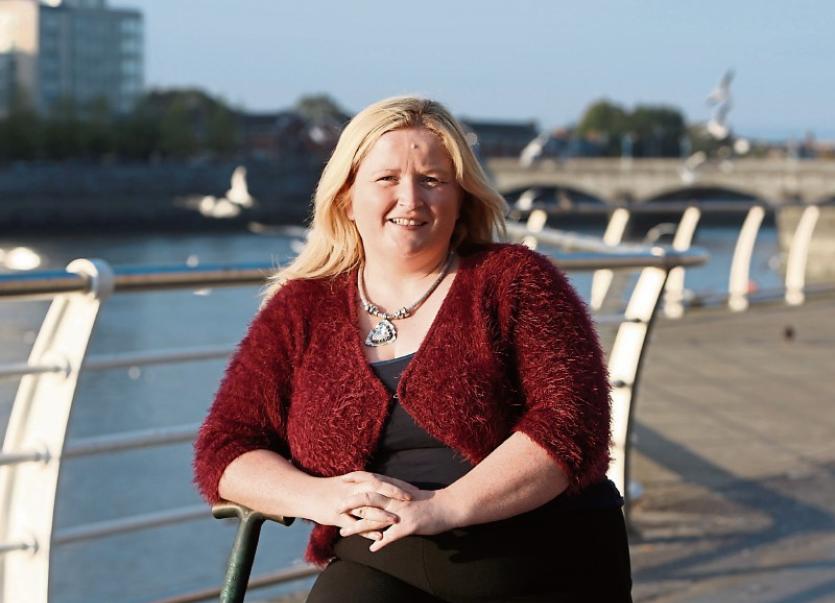 THREE whistleblowers in the University of Limerick's finance department are continuing their sit-in at the Department of Education and Skills in Dublin this Monday afternoon.

One of the whistleblowers, Leona O'Callaghan, said she was prepared to be escorted out of the offices on Marlborough Street by gardai, unless a meeting is facilitated with the Minister for Education, Richard Bruton in the coming hours.

Ms O'Callaghan told the Limerick Leader that they have waited more than a year to have their issues with UL aired and addressed with the Minister, and are not prepared to wait any longer.

Referred to as Persons B and C in the Mazars report, which was commissioned by the Higher Education Authority (HEA) to examine a number of issues in UL, they said: "We want to speak directly with the Minister. We haven't received a fair response to date and all we are seeking is that all the issues be dealt with in a fair, open and transparent manner."

Suspended on June 12, 2015, the women said they continue to be placed under "chronic stress" as a result of the inability of any authority to resolve their case.

"We would be happy to meet with the incoming UL president, Professor Desmond Fitzgerald, and we would hope that he would listen to everything as a whole, in an impartial manner," they said of the former vice-president of UCD, who takes up his 10-year term as UL president in May.

"We have met with senior officials in the department, who have offered us a commitment in writing that a meeting with the Minister will be facilitated within a certain time-frame, but we have heard that before.

"I don't want to be escorted out by gardai, but I'm prepared for that, or to sleep here if I have to. We are holding strong now," she said.

Chairman of the Public Accounts Committee, Sean Fleming, has also confirmed that UL will be among a number of universities set to be questioned on a number of financial and governance issues in the coming months.

While three Dublin institutions will also be examined, he said “Limerick has specifically come up as a big issue”.

A report by the office Comptroller and Auditor General last year highlighted that UL did not comply with good practice in offering two employees severance packages amounting to over €450,000 between them, following a review of high-value discretionary severance payments.

Following this, the Department of Education confirmed to the Limerick Leader that UL did not seek prior written approval in relation to an additional €150,000 severance payment to a staff member.

A spokesperson for the department said that it was only informed of this severance package, made in 2014, subsequent to it being paid.

The claims by all three women who say they were put under undue pressure by their superiors regarding expenses and other financial matters in UL – first aired in the Limerick Leader in September 2015 – gave rise to the HEA commissioning a report into processes and procedures, which found a number of shortcomings.

Ms O’Callaghan, who has left that department, originally brought her concerns regarding expense claims she was asked to process to the Public Accounts Committee in 2012.

She signed a compromise agreement with UL in June 2012 after being out on sick leave, while the two suspended employees were presented with severance agreements by Arthur Cox solicitors, on behalf of UL, offering them nearly €60,000 each if they signed a confidentiality clause.

Both of those contracts have been seen and printed by the Limerick Leader.

UL continues to maintain that both suspended employees have been subject to a number of disciplinary hearings, including making a ‘malicious’ complaint against a colleague, which the whistleblowers strongly reject.

The HEA, which has dealt with the case for more than a year, particularly under its former chief executive Tom Boland, said it has exhausted all its efforts on this case, and has passed the matter to the Department for resolution.

A support group for other 'distressed' former staff of UL was later established by Dr Niall Cahill, who was director of medical services on the campus for 15 years, and Jeremy Callaghan, a former director of student affairs at the university.

Both parties weren't in a position to be in Dublin today for the sit-in, though the group still meets regularly as there appears to be no resolution in sight regarding the employment status of the two suspended women.

In May last, UL terminated its legal proceedings for defamation against the Limerick Leader newspaper and its now former editor, Alan English, arising from that initial front-page story regarding the claims of two whistleblowers in the finance department.