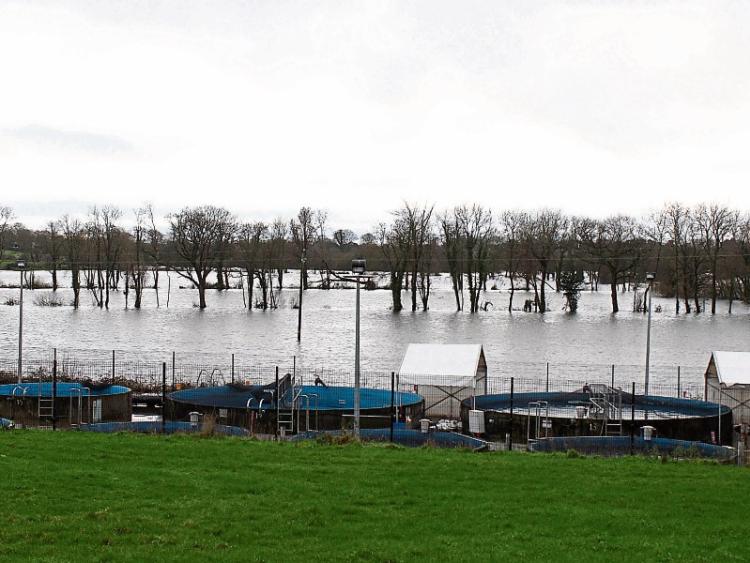 AS fresh plans are presented for the Northern Distributor Road through Lisnagry and Annacotty, Cllr Séighin Ó Ceallaigh has said the issue of flooding must not stand in the way of the link.

New council proposals will see the €150m road link to the National Technology Park, the Mackey Roundabout, and the old Dublin Road. The Mountshannon Road, under the proposals would be less affected than under previous plans, with a flyover being built.

But concerns remain about flooding on a thoroughfare frequently left underwater when extreme weather hits.

However, Cllr O Ceallaigh, who topped the poll in the area at the local elections, says fears of flooding “mustn’t prevent this essential piece of infrastructure”.

Protests from the residents of the Mountshannon Road in part led to the defeat of a previous proposal by 27 votes to three in August 2015.

“The issue of flooding, in particular on the Mountshannon Road, has become a sticking point for many councillors when it comes to this new ring road. But the truth is that even if this new road isn’t built, that particular area will continue to flood,” he claimed.

“Councillors need to open their eyes and realise that flooding has happened in this area for many years, even though this road has never existed. What needs to happen is that both flood defences and the Northern Distributor Road need to be developed.”

Members of Limerick City and County Council were shown proposals for the new link at a meeting in the Castletroy Park Hotel in recent weeks, along with representatives from the University of Limerick (UL) and Johnson and Johnson, a major employer in the National Technology Park.

But Fine Gael’s Michael Sheahan feels it is “undemocratic” that residents affected by the proposals were not briefed at the same time.

“We are talking about them inside private rooms - about their property, their community. The council has to come out and talk to the residents. The council officials have to appraise residents of the alterations to the route,” he said.

The former metropolitan mayor believes that the reformed route will actually cause bigger disruption than the initial proposal.

“Up to now, it was a straight road going from the Cappamore Junction all the way over Mountshannon and on into Clare.

"In the new proposals, there is an area between the Cappamore Junction and the Mountshannon Road with additional infrastructure around the world incorporating a wider area than previously. This wider area is going to impose on access to Annacotty and other businesses,” he explained.

But Cllr O Ceallaigh said: “This road will facilitate the expansion of Limerick City, and attract major investment. It will significantly reduce the travel times to UL and the National Technology Park, as well as reducing traffic across the city.”

In order to tackle the problem of flooding in the Mountshannon Road, Lisnagry and Castleconnell areas, however, he called on the government to immediately build flood defences.

"The road was supposed to dock at a junction, that engineers are now saying isn’t fit for that level of traffic, and due to a lack of connectivity with the National Technology Park, and the M7, and these new designs have proven that I was right to vote against it on those grounds,” he added.

It is understood the council will put on public display the revised route in early February.