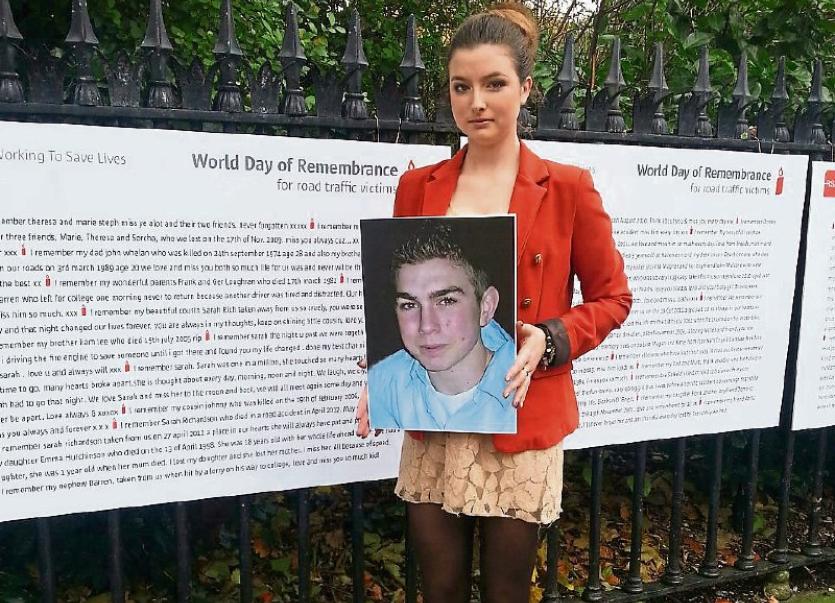 Meghann Scully with a picture of her brother Marcus, below Liz O'Donnell

THE CHAIRPERSON of the Road Safety Authority has praised Meghann Scully who recently wrote a Limerick Leader article detailing how her “heart is forever broken” after losing her brother in a car crash.

Meghann, presenter of Fully Charged on Spin South West, urged motorists to “never, ever take anything for granted in life” after she lost her older sibling Marcus on March 5, 2005.

Liz O’Donnell, who grew up and was educated in Limerick, said: “Meghann is incredibly brave and selfless to come out and speak about a time that was devastating for her family so that no other family will have to go through the pain of losing someone they love in a traffic collision.” 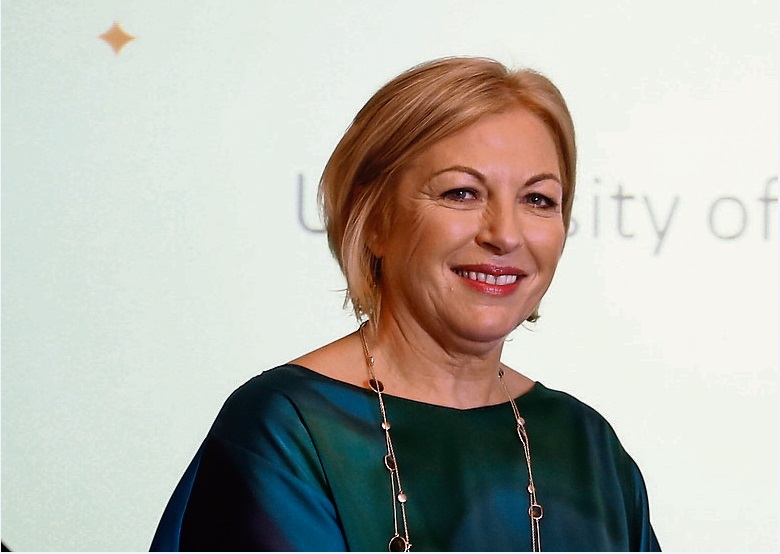 She said the Road Safety Authority had the pleasure of working with Meghann in 2012 on a World Day of Remembrance campaign to remember those who had lost their lives on our roads.

“She is truly a road safety champion. I wish her all the best and I hope that we will have an opportunity to work together again soon,” said Ms O’Donnell.

Since the article was published in the paper and online two weeks ago, Meghann said she has had a very positive reaction. Some who contacted her were moved to make possible life saving changes for themselves and other road users. 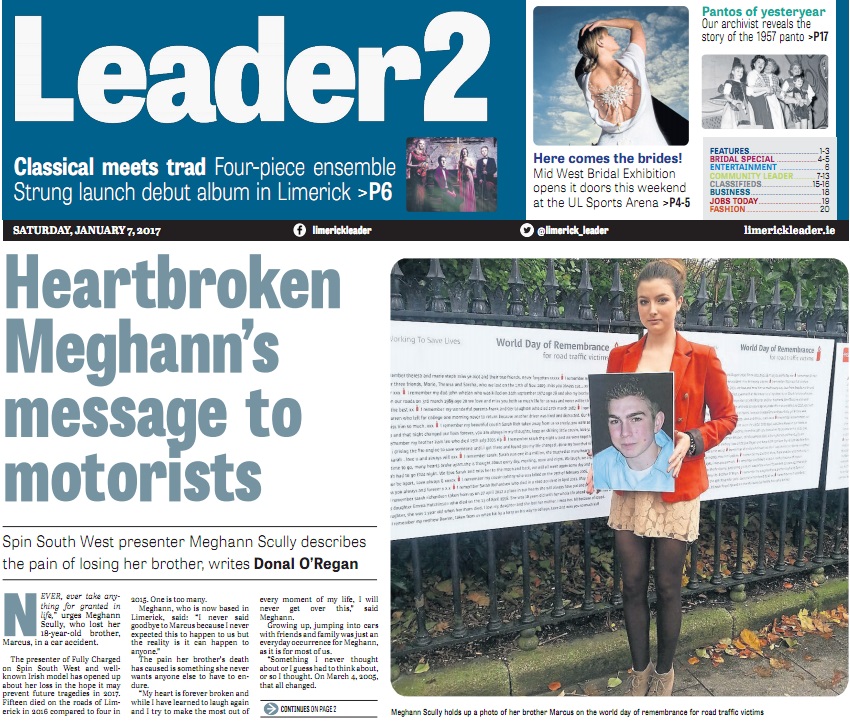 “One guy I know told me after reading the piece that after a night out he left his car at home the following morning and got a lift to work.

“Also, I've had so many people contact me who have lost loved ones on the road. They shared their stories and thanked me for being so open and honest. A young guy messaged me to sympathise and to say that he used to speed but he had a scare and now he's cautious on the road,” said Meghann, who is from Galway but now based in Limerick.

“Quite a number of people have said that reading my story has made them realise how everything can change in a split second and it's made them think twice when getting behind the wheel,” she added.

The pain her brother’s death has caused is something she never wants anyone else to have to endure.

“My heart is forever broken and while I have learned to laugh again and I try to make the most out of every moment of my life, I will never get over this,” said Meghann.

The now 27-year-old said nothing can prepare you for the trail of devastation that ensues. And the phrase, “Time is a great healer” doesn’t always ring true.

“Marcus was more than a big brother, he was a friend and father figure. Suddenly I was an only child with an emptiness in my heart. People often say that time is a great healer which isn’t always the case.

“Time makes you question so many things, it builds a fear within you and now stepping into a car, even to go to the shop isn’t just a quick trip. It’s a constant reminder of how everything can change in a split second,” said Meghann.

In the article she spoke movingly about the night Marcus died, describing the horrific series of events until he “took his final breath”. Meghann also opened up on how his passing affected their father Maxie, who died a year later.

Fifteen people lost their lives on Limerick’s roads in 2016 compared to four in 2015 and Meghann’s advice to all motorists is: “Never, ever take life for granted. In a split second everything can change so the next time you get behind the wheel, or are in a car, remember you aren’t invincible. Mind yourself and mind your friends”.

In a coincidence, Meghann also got a message from an old pen pal of Marcus’ last week. The woman found a letter by chance and decided to look up her old friend to find out how he was.

Instead, she learned the sad news that he had died. Meghann’s articles  on road safety came up when she searched for Marcus Scully.

“I applaud you for taking your grief to use in such a positive way with the aim of helping to keep other lives safe,” she wrote in an emotional letter to Meghann.