Of the 78 cases listed, only one person who showed up was fined in Kilmallock 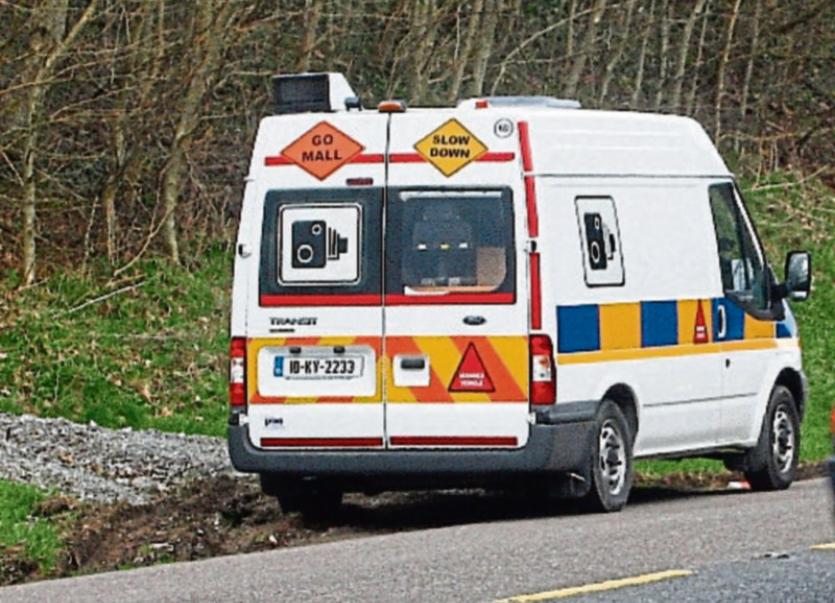 IT’S A NEW year but it was the same old story at the first court of 2017 in Kilmallock.

Last year, this reporter wrote a piece about judges being driven to distraction by the speeding fines debacle. Nothing has changed. Of the 78 cases listed only one person who showed up was fined. I like those odds. The rest were either adjourned, struck out or withdrawn by the State.

The 21 motorists who didn’t turn up were fined.

There was standing room only in the court - an obvious sign of a traffic day. Another clue is the nervousness in the room. Whispers of “What do I do?”; “Is my name called?”; “I was just over the deadline”; reverberate around the wood panelled walls.

The most common phrase uttered when the clerk calls the defendant’s case is, “I didn’t receive the fixed charge penalty notice in the post - I only got the summons”.

Sergeant Michelle Leahy then says, “The State has no evidence to differ” and Judge Marian O’Leary says, “On the basis of your sworn evidence, strike out”.

They should really record it once and press play every time - it would save their voices.

This reporter counted 19 people who told Judge Marian O’Leary they didn’t receive the fixed charge penalty notice in the post. When you take away the 21 who didn’t turn up that is 19 out of 57 or 33%. You would think the postal service in this country has gone to the dogs.

The Leader put a query into An Post who directed us to a ComReg report which states, “99% of single piece priority mail was delivered within three working days”.

An An Post spokesperson said: “Mail that is clearly marked with a return address that for whatever reason cannot be delivered is returned to sender. That’s standard practice.”

Now, of course, there are genuine cases - moved address, person with same name on same road, sold the car etc - but can it be a coincidence that there are so many? If you are prepared to lie under oath and say you didn’t get the notice, even though it is on your kitchen table, you can speed without fear of any consequences.

If you pay a speeding fine within 28 days it will cost you €80 and three penalty points. Within the next 28 days it is €120 and three points. If you forget to pay it and plead guilty in court the judge will give a fine and five penalty points are mandatory. But if you swear on the bible that you didn’t get it you can drive home scot-free.

Honesty doesn’t seem to pay but in the following instance it did.

A lady pleaded not guilty as she said her husband was driving the car.

“He got the notice and made an attempt to change it but he was two days late."

“You did get the notice?” asked Judge O’Leary.

“At least you’re being truthful,” said Judge O’Leary. No fine or penalty points for the defendant.

Another woman said she got the fixed charge penalty notice in her letter box.

“I wasn’t able to pay due to my circumstances. There was no option to pay by instalments so the person suggested to let it go to court,” said the lady.

Sgt Leahy confirmed the person had been in contact with the office in Thurles about paying by instalment.

Judge O’Leary said: “Look, in all of the circumstances I am going to strike it out.”

The motorist was clocked driving at 59kms in a 50km zone. There were quite a number of people up in court for driving less than 10kms over the speed limit. Normally the cut-off point is 10kms but few gardai will “do you” for driving 15kms or less over the limit.

The one and only motorist who did turn up and was fined said they had filled out the form incorrectly and it was sent back to them. When they posted it again they were two days late. The result? €80 fine and five penalty points.

All 78 cases were from Go Safe Operators and the most popular locations in the county and city were: Grange, Bruff; O’Rourke’s Cross, Bruree; Banogue; Dock Road, Gooig, Castleconnell; Newcastle, Annacotty; Ballysimon and various locations on the Condell Road.

After the umpteenth person said they hadn’t got the fixed charge penalty notice in court, Judge O’Leary asked one were they speeding? They were clocked doing 81 kms in a 60 km zone.

”Do you know what speed does?” asked Judge O’Leary.

”It kills,” said the defendant.

On the basis of their sworn evidence the case was still struck out.

The best excuse of the day has to go to the man who said, “I couldn’t have been driving, I was in the air at the time”.

And his solicitor, Brendan Gill, had the boarding pass to prove it.