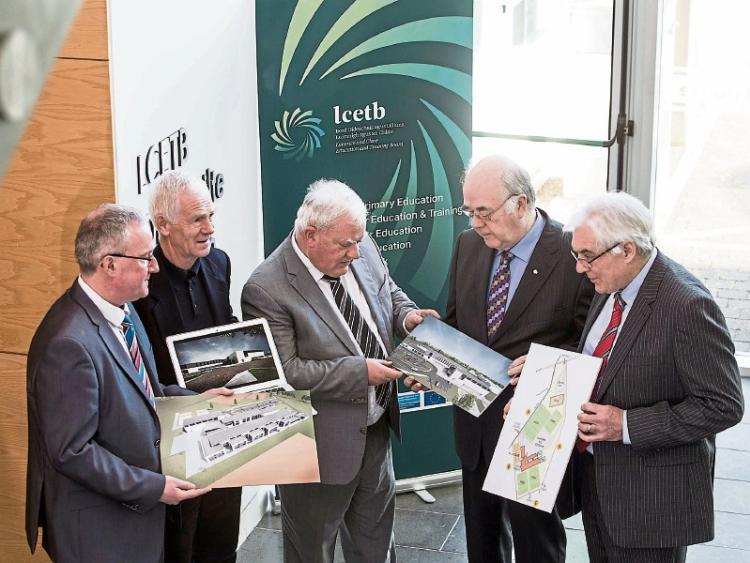 THE new €20m school building for Coláiste Chiaráin is “part of a jigsaw for the evolution of Croom” as a major satellite town.

Tony Brazil, chair of the school’s board of management, said that the town is a “natural residential area” for those working in the industrial belt around Limerick city.

The school, set for a September 2018 opening, has finally been granted planning permission after a lengthy process during which the permission had been denied a number of times.

“Any possible impediments have now been removed. We have to go through a whole series of things now, the architects are working for the tender process. Because of the value being over a certain limit it has to go on Euro Tenders, so all those things take a little extra time,” said Mr Brazil.

“It’s been a long time in gestation, and I think there’s great relief for students, parents and teachers to get proper facilities,” he said.

“We’ve been working under very poor conditions, but nevertheless people ploughed on, and there’s a great spirit in the school which has sustained the whole thing.”

As part of a local area plan, the town is due to get a distributor road in the next two years, a move that is expected to take pressure off the main street, which often becomes a bottleneck for traffic.

“With the emergence of industrialisation around Limerick city, in Raheen and such places, Croom is a natural residential area for that, and we are happy to play a part,” said Mr Brazil.

“The mix of students coming to the school reflects all that. We have students from all over the world, it’s a very eclectic group,” he added.

The planning process took in excess of 12 months, to pass through the various stages, according to Mr Brazil.

“We’d be reasonably happy that we’d be getting into the building there by Autumn of 2018. We got great cooperation from the Council, so it’s onwards and upwards now,” he added.

The Limerick and Clare Education and Training Board say that the new state-of-the-art school, expected to cost between €15m and €20m, will “greatly enhance the social and economic infrastructure of Croom and the surrounding area”.

They echo Mr Brazil’s sentiments on the future of Croom, stating that the development is “significant in the emerging status of Croom as a major satellite town for Limerick”.