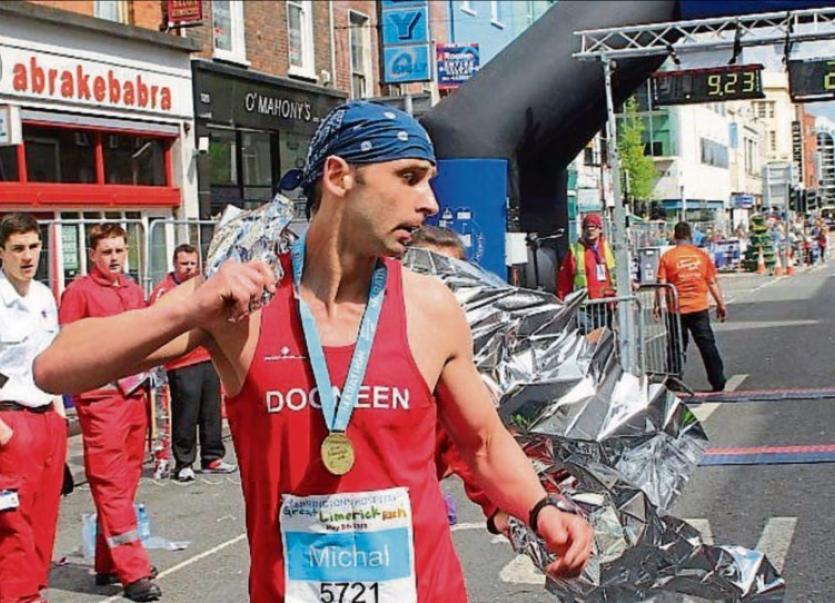 Michal Rejmer taking part in the Great Limerick Run in 2013

DOONEEN Athletic Club is launching a series of runs in memory of the late Michal Rejmer, who was murdered in 2015.

The Michal Rejmer Run Series is in memory of the marathon runner who was murdered in Castletroy in December 2015. The popular man was a loyal and dedicated member of Dooneen AC and a talented athlete.

The launch takes place in the Country Club on the Old Cratloe Road from 8pm this Friday night. Special guest will be Neil Cusack, former Boston marathon runner.

At the launch this Friday night there will be a Q&A with Mr Cusack, who went from being a Limerick junior runner to winning the Boston marathon.

Dooneen AC is extending an invite to all Limerick clubs and athletes to attend the event at the Country Club this Friday night.