Limerick Against Pollution to step up opposition to €10m scheme 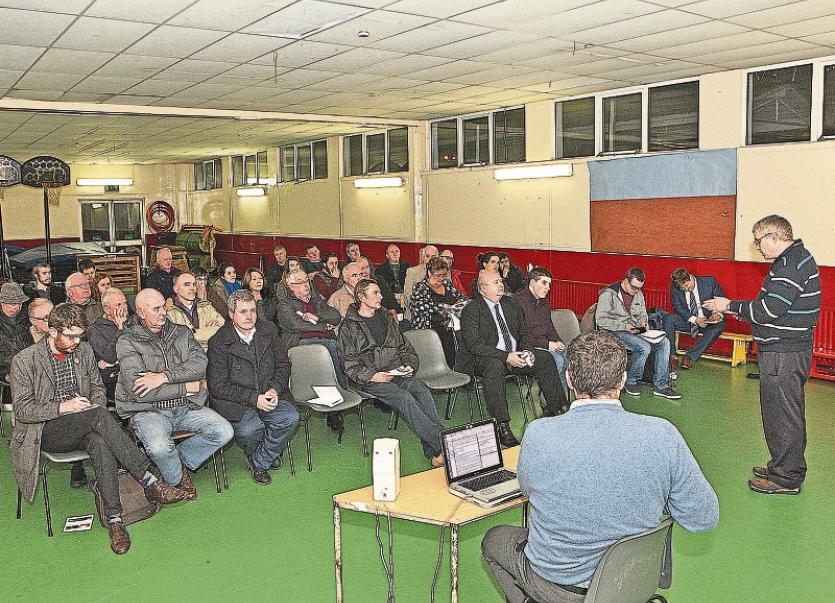 RESIDENTS opposed to Irish Cement’s controversial plans for Mungret are set to independently monitor the air around the site.

More than 50 people attended a meeting at St Paul’s National School in Dooradoyle in protest at proposals by the company to switch from using fossil fuel to solid recovered waste, and used tyres at its Limerick plant.

In a week when the Environmental Protection Agency (EPA) has delayed making a decision on the scheme, and council bosses confirmed they will also have their say, members the Limerick Against Pollution (Lap) group say they will monitor the local environment for dioxins and other substances.

Claire Keating, who lives in Mungret said: “The fact is, the nearest EPA monitoring station is in Ennis, so that is no good to us. It is worrying we feel we have to police them. But if we have to do it, we have to do it.”

Irish Cement has consistently stated its proposals will not lead to an increase in current emissions from its plant, due to the high temperature the burning will take place at.

The firm has also said if its proposals are waved through by City and County Council and the EPA, it will safeguard the roles of the 80 staff working on site.

But with the company being asked to provide emissions data as part of a further information submission to the local authority – which is deliberating on the physical infrastructure part of its plan – residents are going to do likewise.

Ken Moran, also a member of Lap, said he’d be hoping to get mass numbers involved in the monitoring.

Separately, Lap is also to initiate a letter writing campaign to the EPA among school children in the local areas.

James Tuohy, who works as a teacher at Mungret Educate Together National School, and is planning this strategy, said: “What I do have confidence in is people power. These agencies are all susceptible to pressure. We saw it in the water charges campaign. We have seen it in the trade union movement. They cannot withstand people power.”

Also speaking at the meeting, Fianna Fail councillor James Collins said he is “absolutely horrified” at the Irish Cement proposals.

“Someone mentioned the schools which are being built [in Mungret]. For many years, I have been instrumental in getting that project off the ground. A community and educational campus. For the years it took to put the park and the playground there, and for this to be proposed next door horrifies me,” he said.

Cllr Cian Prendiville, Anti-Austerity Alliance, warned that the EPA, the council or An Bord Pleanala should not be seen as “white knights” who could stop the projects in its track.

“The way this will be stopped is through people power,” he said, urging a major public protest against the proposals in mid-March.

Earlier this week, it emerged the council is to make an unprecedented submission over the €10m proposals.

Kieran Lehane, the council’s manager in the metropolitan district confirmed it would write to the agency after Irish Cement’s planning application has been decided.

The EPA also announced this week that it has deferred making a decision on whether to give a licence until July.

Lap will this Tuesday night hold a fundraising quiz night at Collins Bar in Dooradoyle.