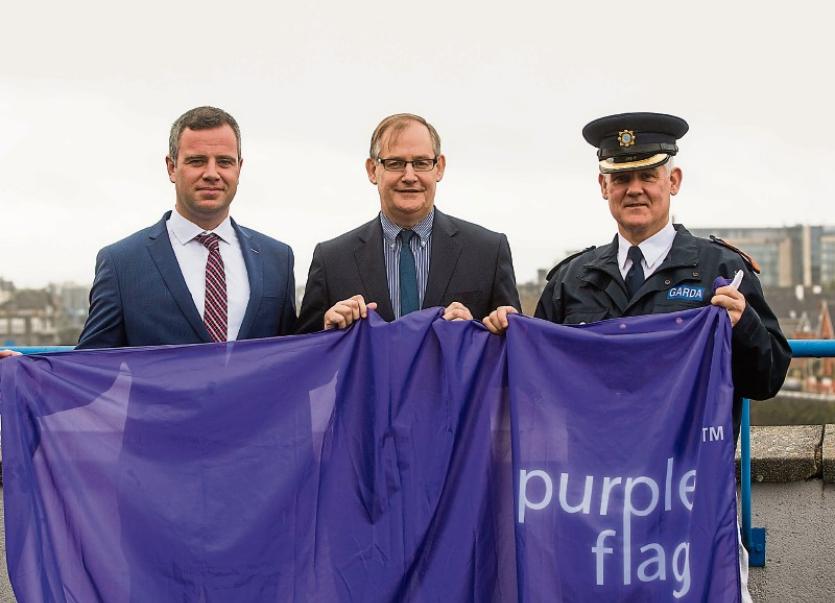 LIMERICK has received a boost this Wednesday after the city centre was given the Purple Flag status, for excellence in managing its evening and night-time economy.

The award is the culmination of almost two years of hard work from the city’s business community, council and An Garda Siochana.

Metropolitan mayor, Cllr Michael Hourigan said: “Limerick has always been known for its wonderful night-life and I’m delighted that it is being recognised with the awarding of the prestigious Purple Flag.  The flag means that those on a night out in Limerick can expect the highest standards while enjoying themselves in a well-managed environment.  A big well done to those involved in securing the Purple Flag for Limerick, your work will pay off into the future.”

Dr James Ring, who heads the Limerick Chamber added: “It's been tough work but it shows how collaborations between the public and private sectors can be very successful, and now we can look proudly at the Purple Flag map and see Limerick take its place."

And the chief executive of Limerick City and County Council Conn Murray added: “We are working hard to make Limerick city centre more attractive for citizens and visitors alike.  The Purple Flag is recognition of the standards that we have achieved.”

The Purple Flag accreditation is managed by the Association of Town and City Management (ATCM).

Purple Flag areas have all reported a consistent increase in footfall and a decrease in crime within the evening and night-time economy.