Northern Distributor Road in Limerick could link to M7 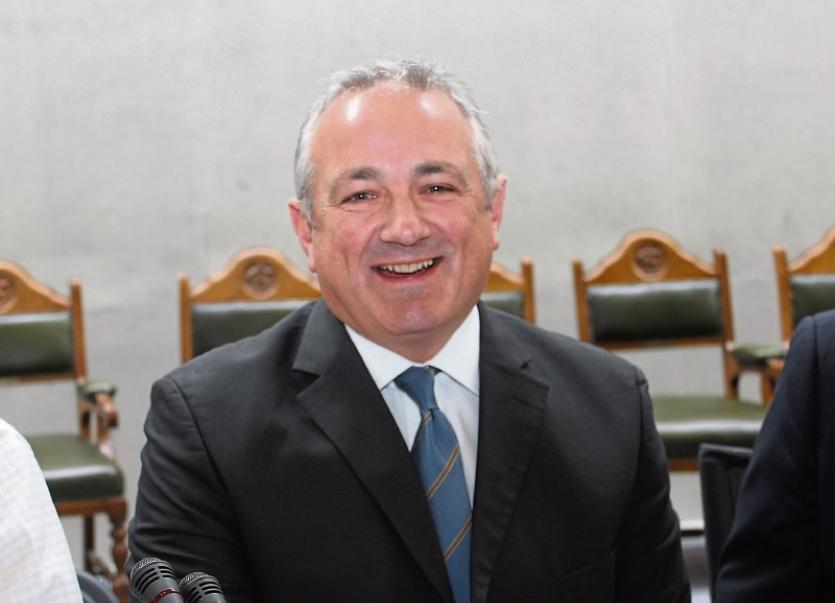 Cllr Jerry O’Dea: ‘Community deserves its voice to be heard’

THE Northern Distributor Road could be linked to the Mackey roundabout and the National Technology Park under revised plans presented this week.

The Limerick Leader has learned two new roundabouts and a link to the Clare side of the University of Limerick (UL) campus could be constructed under plans unveiled to councillors at a briefing in the Castletroy Park Hotel this week.

After council members decisively blocked the original plans for the portion of the €150m link through Mountshannon road and Lisnagry, the local authority and its consultants were forced to go back to the drawing board.

The controversial plans would have seen the road cross the Shannon from the city’s northside – where it would open up Moyross – bypass Corbally and traverse the Mountshannon Road before continuing to the Cappamore Junction and the Dublin Road.

The revised proposals, it is understood, will show the road broadly taking the same route. However, a new roundabout would be built to provide a link to the old Dublin/Castleconnell road.

According to the proposals, a second roundabout would also be included near to the Daughters of Charity in Lisnagry to link to the Dublin Road which connects Annacotty, Castletroy and continues to the city centre.

This link – the R445 – would be reconfigured to connect to the brand new roundabout.

And another exit from the same roundabout would connect to the R506 Cappamore/Murroe Road.

A spur is proposed across the Mulcair River to provide a link to the National Technology Park, while the Northern Distributor Road would eventually continue and connect to the Mackey roundabout to allow access to the M7 motorway.

The new plans have been hailed by Sinn Fein councillor Séighin Ó Ceallaigh as being “very progressive”, but Fianna Fail’s Jerry O’Dea said he would not vote in favour of them until the flood concerns of residents in areas affected are fully addressed.

“These communities deserve to have their voices heard,” he said.

Cllr Michael Sheahan said he remains “deeply concerned” at the impact the new proposed route would have on the communities.

Councillors voted against the original plans in August 2015 by a margin of 26 votes to three with one of the main reasons for this being the impact it would have on residents in the Mountshannon Road.

It is understood the new scheme will propose a flyover of the Mountshannon Road, reducing the impact on these residents.

Connecting Knockalisheen, Clare and the Dublin Road, the Northern Distributor Road is intended to be a vital piece of infrastructure for the Mid-West region and is key to expansion plans at UL.

Representatives of the university, Johnson & Johnson, and metropolitan district councillors were present at the behind-closed doors meeting this week.

However, residents from Lisnagry, Annacotty, Castleconnell, Clyduff and other areas affected were not notified of the briefing.

It is anticipated councillors will be asked to vote on the plans – which will at this early stage, if passed, sterilise the route to development – in May.

This will follow the publication of a report by council CEO Conn Murray.

Cllr O’Dea said: “We were told the initial road plan could not be changed, yet now, 18 months later, it has been changed. There is a lot of discussion about transport links and their benefit to the Limerick industry and economy. While we cannot forget this, there is a community at the Mountshannon Road which deserves to have their voices heard. There are still huge concerns over flooding and the road’s effect on the residents in the community.”

Cllr Ó Ceallaigh added: “The engineers seem to have made some significant changes to the plan and taken a lot of my opinions on board. These changes will be huge for the city. They will allow for the expansion of both the National Technology Park and UL. The university is operating way beyond capacity in terms of traffic.”

Cllr Joe Pond, Fianna Fail, expressed concerns of increased flooding both at the Mountshannon Road and in Annacotty.

“I am also very concerned about the economic impact this road will have on small businesses in Annacotty, Monaleen and the surrounding areas with the possibility of a reduction in footfall,” the councillor added.

Limerick City and County Council declined to comment, as the briefing was held in private.