Eviction notices served on Limerick tenants to be withdrawn

Residents in Strand apartments say they have yet to be notified 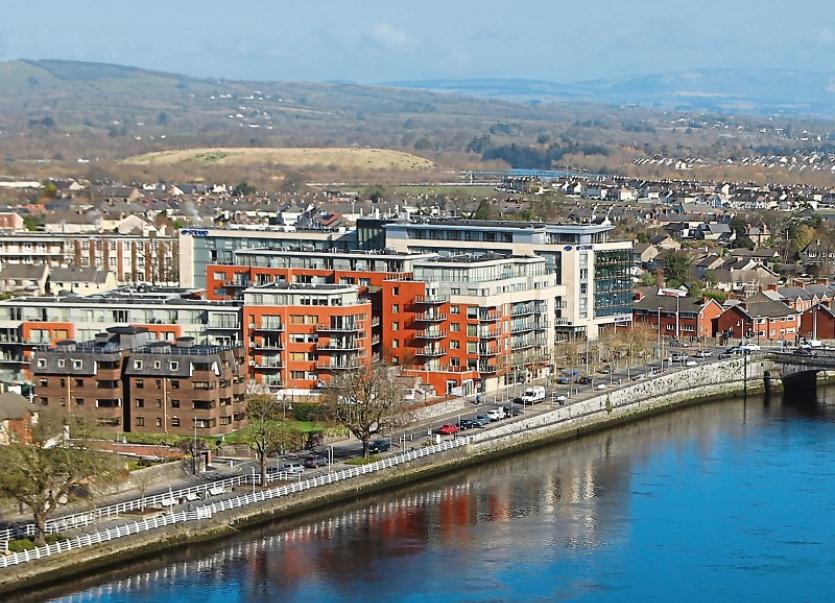 IN A DRAMATIC turnaround, the Minister for Housing Simon Coveney has announced this Friday evening that eviction notices served on tenants in the Strand apartments in Limerick are to be withdrawn.

When contacted by the Limerick Leader, after the statement was issued from the Department of Housing just before 5pm, residents said no one had contacted them to date to inform them of the change in their circumstances.

In the statement, the department said: “The owners of the apartments involved are writing to residents affected by the recent termination notices to confirm that the notices are being withdrawn and that they will abide by the spirit of the so-called Tyrrelstown amendment which comes into effect next week.”

The department said that the decision by the owners comes after contact from Minister Coveney in which he asked that “the spirit of the Tyrrelstown amendment which does not take effect until next week, would be respected to ensure that the existing tenancies are unaffected by transfer of ownership.

That amendment to the Residential Tenancies Act was brought through the Oireachtas in December last, and contains the provision that tenancies are protected where a landlord or investor wishes to sell more than 10 properties in a single development, as happened at Tyrrelstown last year.

“Sova Properties replied formally to the Minister to confirm that it would respect the change and that it would be writing to tenants to confirm withdrawal of the original notices,” it stated.

Minister Coveney welcomed the decision by Sova as providing "an important reassurance for households who had been facing significant uncertainty.

“There was no legal requirement for Sova to take this approach so I commend them for doing what was the socially responsible thing by respecting the will of the Government and the Oireachtas.  This shows the value already of some of the measures contained in the Government's strategy for the rental sector and the importance of a partnership approach by all players; tenants, accommodation providers and Government,” he said.

Anti-Austerity Alliance councillor Cian Prendiville, who first highlighted the evictions this week, said he welcomed the withdrawal of these notices.

"This shows that when people get organised and stand up for themselves, they can defeat these vulture funds and profit-hungry landlords.

"However, the tenants have still not received any communication from the landlord about this. We need a firm guarantee that not only are these notices withdrawn, but they will not be reissued," Cllr Prendiville told the Leader.

By this Friday evening, over 2,500 signatures were added to an online petition to halt evictions of tenants from the Strand apartments in the city.

Speaking to the Leader earlier today, Tara Robinson, who has been a resident there for nearly six years, and was due to be evicted in April, thanked people for their support.

“The response from people has been amazing and incredible. We can’t stand and allow this [these evictions] to happen. It’s bigger than us. We will be demanding a meeting with Simon Coveney, to present our petition to him. He has to stand up for us – we are just small players in this this. Look at what’s happening in Apollo House and Tyrrelstown, and now Limerick. Where else is this happening to people, going through the same thing as us?”

The Irish Times has reported that Oaktree Capital, the US fund which owns the debt secured on the Strand where tenants face eviction, has a similar interest in more than 900 apartments around the Republic. The debt was acquired for a reported €800 million.

Oaktree said it only owned the debt secured on the development and it neither owned nor managed the complex.

“As a result, we have no direct relationship with any tenant in this case, nor do we have the right to give instructions to any tenant with respect to lease agreements,” the company said.

The eviction orders have been served by Sova Properties Ltd, a subsidiary of Galway developer John Lally’s Lalco Holdings.

Sova Properties Ltd had bank loans of €117m and in August 2010 its loans were transferred to Nama.

In July 2016, Nalm, a subsidiary of Nama, sold its loan and security interests to OCM EmRu DebtCo DAC, which was incorporated in June 2016, and is a subsidiary of Oaktree Capital Management.

The €60m development, including the neighbouring 200-bed, six-storey Strand hotel, formerly the Hilton, and apartments across five blocks were built in 2008. A number of them are understood to be owner-occupied.

By 2014, Sova Properties Ltd, had net liabilities of over €64m, according to the most recent accounts filed.