Racing 92 fans open up their homes and hearts to Munster 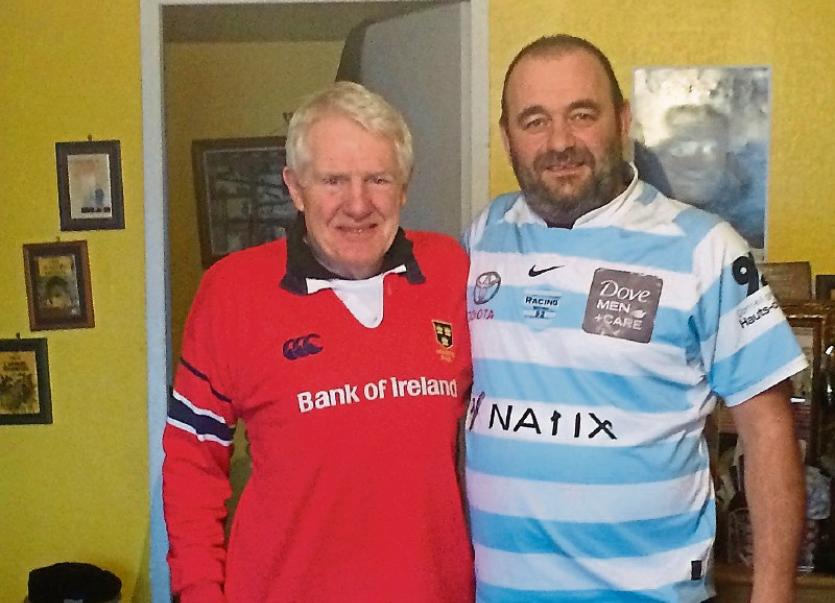 EARLY last Sunday morning, Racing 92 rugby supporter Philippe Charles headed out to his local shop in Paris to stock up on some croissants, bread and eggs.

Once home, his partner, Anne-Sophie Roques, served them as breakfast for their guest, Munster man Dr Paul McCarthy.

The French and their food go hand-in-hand and that small gesture on Sunday morning spoke volumes about a bond that has developed between the two rugby clubs.

In a touching display of kindness, Racing 92 fans offered to open up their Parisian homes to the Red Army travelling to last Saturday’s rescheduled Champions Cup game.

The fixture was postponed after the death of Munster coach Anthony Foley in October.

The rugby giant passed away hours before the game causing the rugby world to go into mourning.

Paul McCarthy was one of those who decided to take up the generous Racing offer.

“I stayed one night in Paris. It was fantastic. They were very welcoming,” said Paul who resides in Currabinny near Crosshaven, County Cork but has strong Limerick and Munster Rugby links.

His father, the late John McCarthy, played with Munster.

John passed away in 1984 and in his memory his family started an award for the academy player of the year, named the John McCarthy Award.

Paul’s cousins, the Begleys, are staunch Old Crescent supporters. Paul’s first cousin is Jackie Begley, now Jackie Leahy, who is married to Billy Leahy, an ex-president of Old Crescent. They live in Castletroy. The couple’s son Billy Leahy played for Old Crescent and Jackie’s brother Brian Begley is well-known for his golfing prowess.

“I got flight tickets very late,” continued Paul of his trip to Paris. “I got out on Saturday morning. I met Philippe and Anne-Sophie then in a cafe/restaurant just outside the ground, the Stade Yves-du-Manoir. We went to the match.”

Paul speaks some French and Anne-Sophie has good English.

“She asked me what I wanted for breakfast - what did I normally have for breakfast and if I wanted eggs. Philippe went out first thing in the morning and bought croissants and bread. We sat and had breakfast on the Sunday morning. They knew all about Anthony Foley because they had obviously made strong contact with all the Munster fans in October.  Anne-Sophie went off to Mass and I then left and went into Paris because I was flying back from Paris to London.

“It was incredible before the match because Racing warmed up in jerseys which said, No 8 A Foley, on the back. There was a big photo of Axel shown and there was a minute’s silence but there wasn’t silence because all the Racing fans stood and clapped throughout.”

Paul was very touched by the genuine empathy the Racing fans had for the Munster supporters having suffered the loss of Anthony.

“Rugby has always created a bond between teams - you beat the hell out of each other on the pitch and then you go away for a drink together. They felt our loss - they actually felt how we were affected.”

Following the game, Paul attended a reception hosted by Racing.

“There was champagne on all the tables and on the metal cap on the top of the bottles they had the Racing and Munster crests alongside each other. They went to a huge amount of trouble. They really did.”

At the reception, Paul chatted to Didier Blot, the director general of Racing 92.

“Didier wants to plan an annual match between Munster and Racing. He is talking about doing it in August next year - whether it will come about or not I don’t know.”