‘Don’t leave us stranded’: Emotional plea as others struggle to find new homes 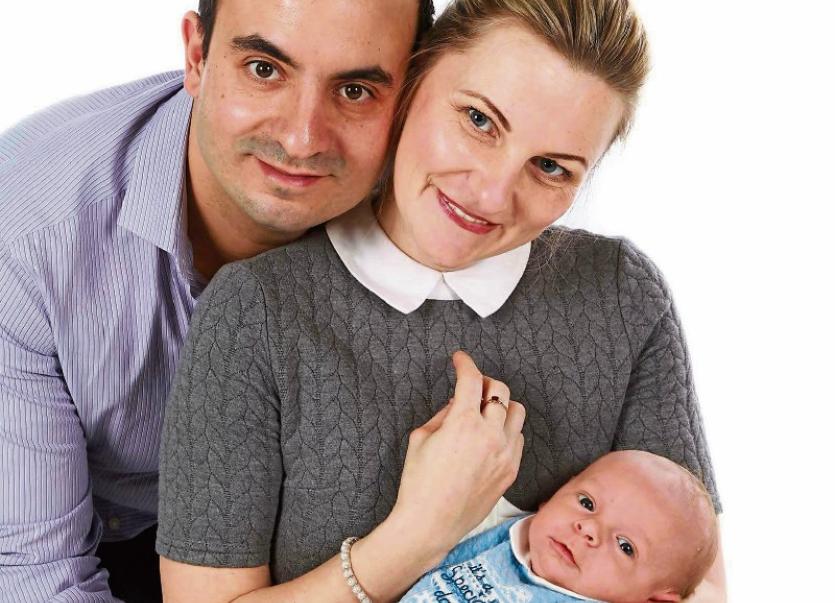 Krisztina Berta, her fiance Angel Catala and their baby Christopher

A COUPLE served with an eviction order from the Strand apartments in Limerick just after the birth of their baby are among dozens of ‘angry and upset’ tenants who have been left struggling to find a new home.

Hungarian national Krisztina Berta, 37, her fiance Angel Catala, 38, from Spain, and their 11-week old baby Christopher, have been ordered to leave their one-bed apartment by April 19, which is due to be sold at auction after a tranche of apartments were acquired by a 'vulture fund'. 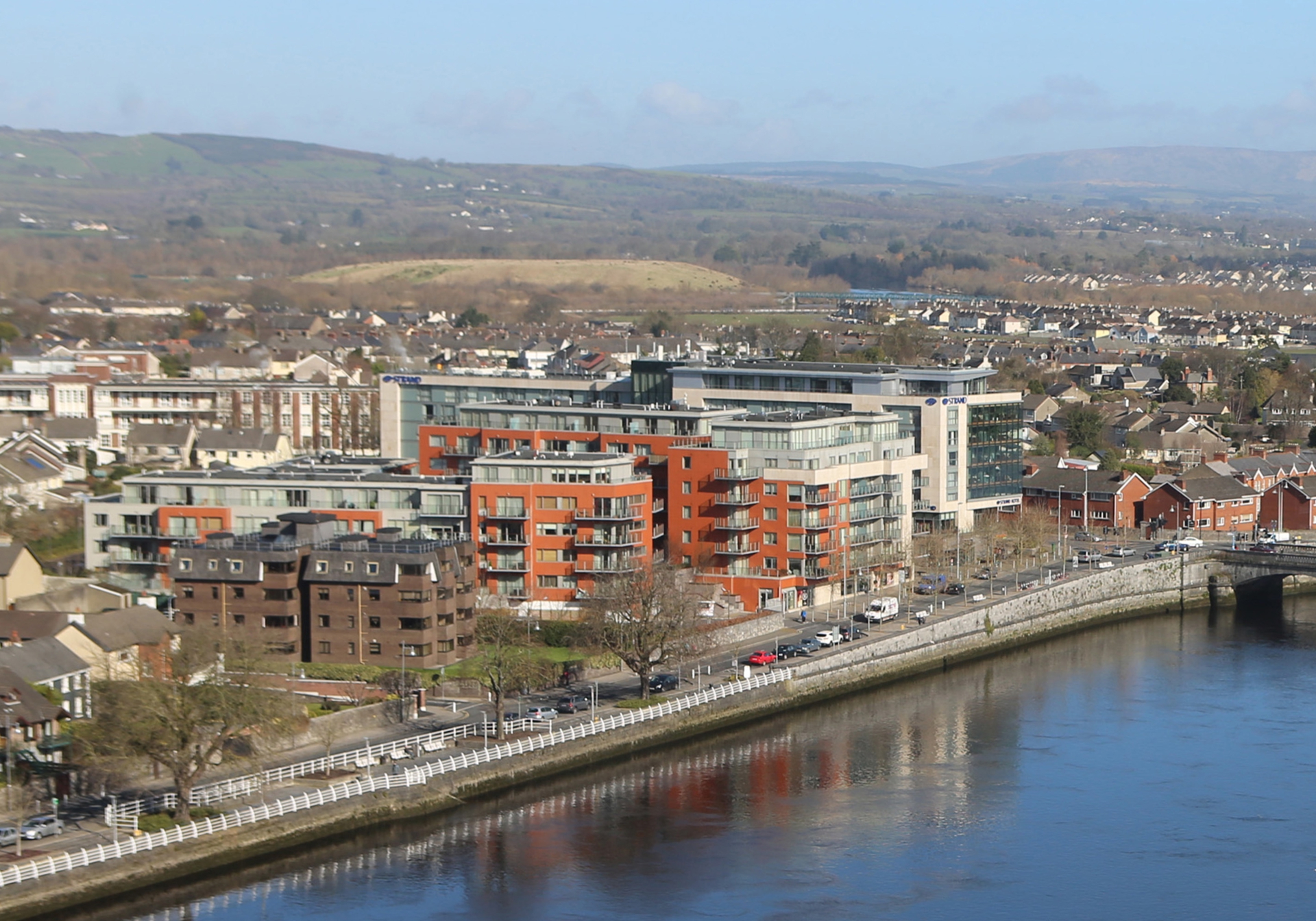 They had just left the Maternity hospital on the Ennis Road in November when they received the news that they had to leave their home of six years.

“We are just really sad. We love this apartment so much, and are so attached to the place. We have looked at other places to live in the city, but there’s huge demand and none of the letting agents have called us back,” Ms Berta told the Limerick Leader.

The couple, who both work at the Clayton Hotel on Steamboat Quay, said they had just finished decorating a corner of their apartment for their new son when they received a phone-call and a letter ordering them to leave.

“If it was just us on our own, it might be OK. But with a baby now, it’s scary trying to find somewhere new. Why can’t they sell the apartments and leave tenants in place,” she asked.

Currently, the couple who have been engaged for three years, have not been able to source alternative accommodation.

Residents have now initiated an online petition, addressed to the Minister for Housing, Simon Coveney, calling for the evictions to be stopped, and rallying against the actions of 'vulture funds', which are acquiring distressed assets to sell them for a profit.

The petition now counts over 1,100 signatures.

"We also call on Minister Coveney to amend the Residential Tenancies Act to abolish sale of a property as a ground for terminating a tenancy," it states.

Some 25 apartments in the ‘luxury’ Strand complex on O’Callaghan Strand have been sold in the past 12 months, after loans acquired by National Asset Management Agency (Nama) from the company in charge of its development were bought by another company.

The company formerly in charge of the apartments, Sova Properties Ltd, had bank loans of €117m and in August 2010 its loans were transferred to Nama.

In July 2016, Nalm, a subsidiary of Nama, sold its loan and security interests to OCM EmRu DebtCo DAC, which was incorporated in June 2016, and is a subsidiary of Oaktree Capital Management.

The evictions have been taking place on a phased basis over the past year, and the majority of the remaining tenants are due to leave by this April, as further auctions of apartments are due, with units sold to the highest bidder.

At least two auctions of apartments in the Strand were held last year, with one and two-bed apartments fetching between €170,000 and €305,000 apiece, based on sales filed with the Property Price Register, the national database of all residential sales.

Another tenant Tara Robinson, who pays €700 a month for her one-bed apartment, said she has been left “angry” and “panicked” by the order to leave. 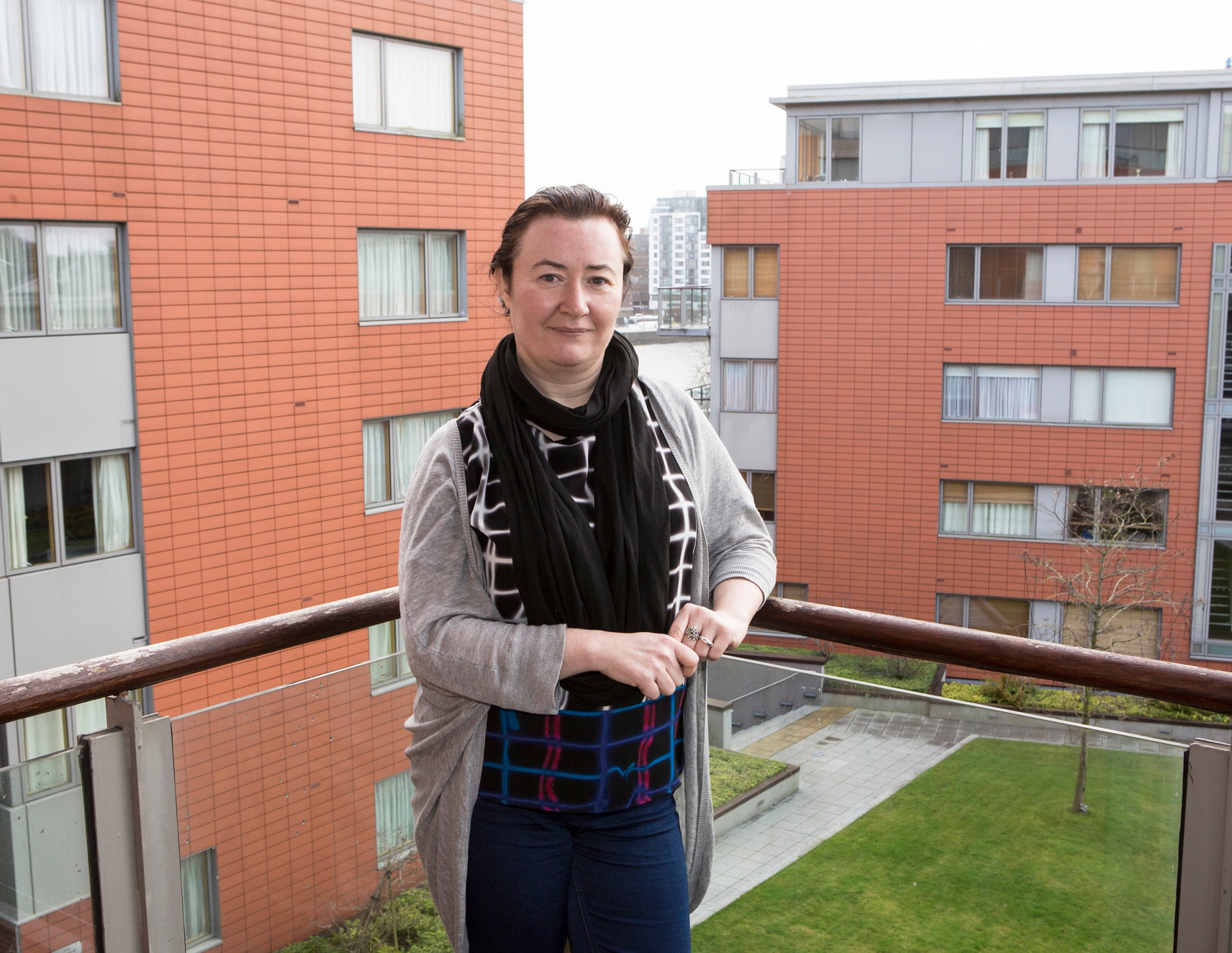 “I have been there for nearly seven years, and consider it my home now. I’m shocked at how they can do this. An apartment identical to mine is now being offered for €1,100 a month, the only difference being that it is two floors above me. I was told to consider myself lucky that I am being allowed to stay there until April, due to a change in the legislation,” she said.

Ms Robinson, 43, was among a number of concerned residents who attended a meeting of tenants this week, and a Facebook action group - Strand Residents Against Vulture Evictions - has now been established online.

“We are trying to fight this. It just doesn’t feel right, and it’s happening in Michael Noonan’s back garden,” she said.

Resident Marie Hussey, who was one of the first tenants to move in nine years ago, said: "Your home is your space, and if you're denied your space, then you are homeless.

"I'd be happy to die there. I'm safe there, I'm at home there. When I got my eviction notice, it did something to me. I was really upset. I am angry as well, that I pay my bills and my rent, and I can be thrown out like that. I know people are entitled to make investments, and a bit of money. I understand that everyone wants to make a few bob, but you can't do it at the expense of people's homes. There is something wrong with a system where I pay my rent on time and can just be thrown out.

"I'd looked everywhere in Limerick at the moment [for new accommodation]. It's really, really bad. It's terrifying in fact. The law is just wrong. You pay your way and yet you are nothing. You feel like a piece of dirt," she said.

Anti-Austerity Alliance councillor Cian Prendiville said that “with a shortage of rental accommodation, and sky-rocketing rents”, these evictions “will put further pressure on rents across the city, and cause huge problems for the families and individuals affected.”

The €60m development, including the neighbouring 200-bed, six-storey Strand hotel, formerly the Hilton, and apartments across five blocks were built in 2008. A number of them are understood to be owner-occupied.

By 2014, Sova Properties Ltd, had net liabilities of over €64m, according to the most recent accounts filed.

In letters to residents from Sova Properties Ltd, it is stated: “The reason for termination of the terms of the agreement is due to the landlord intending to sell the dwelling within the next three months; this is within accordance of the terms of the tenancy agreement under section 34 of the Residential Tenancies Act 2004.

“You have the whole of 24 hours of the termination date to vacate possession of the dwelling. Any issue as to the validity of this notice or the right of the landlord to serve it, must be referred to the Private Residential Tenancies Board under Part 6 of the Residential Tenancies Act 2004 within 28 days from the receipt of it.”