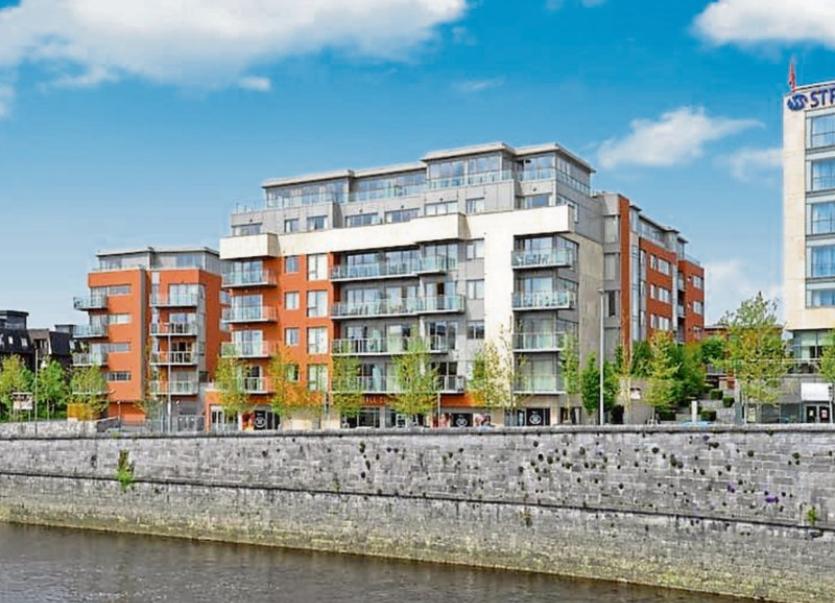 A NUMBER of residents are being served with eviction orders from the Strand apartments in Limerick, as their new owners seek to capitalise on rising market values of residential apartments in the city.

A private meeting of a number of tenants is to be held in Limerick this Monday night, after local Anti-Austerity Alliance Councillor Cian Prendiville queried the validity of the eviction notices, with concerned tenants struggling to find alternative accommodation approaching him regarding the case.

Thirteen apartments in the Strand complex, bordering the hotel of the same name on O'Callaghan Strand, recently sold at auction to the highest bidder in recent months for well above their reserves, with some three-bed apartments fetching over €300,000.

Several further tranches of apartments are expected to be sold in the coming months, auctioneers have confirmed.

The Property Price Register, the national database of all residential sales, shows that 25 apartments in the Strand changed hands in 2016, fetching between €170,000 and €305,000.

One resident confirmed that she had been evicted in November 2015 after six years as a tenant, but was given 112 days' notice.

The Limerick Leader understands that a number of apartments have been sold through a local auctioneer, with tenants remaining in situ and not being affected by the sale.

There are some 120 apartments in the Strand, many of which are owner-occupied.

A company formerly in charge of the apartments, Sova Properties Ltd, had net liabilities of over €64m, according to the most recent accounts filed for 2014.

That company had bank loans of €117,338,335, and in August 2010 its loans were transferred to the National Asset Management Agency (Nama).

The directors of its parent company, Lalco Holdings Ltd, entered into an agreement with the National Asset Loan Management Agency (Nalm), in April 2012.

The agreement covers the debt of this company and other Lalco group companies and provides for a repayment plan concluding in 2020. There are certain guarantees, securities and default conditions in place under the agreement.

In July 2016, Nalm, a subsidiary of Nama, sold its loan and security interests to OCM EmRu DebtCo DAC, which was incorporated in June 2016 and is a subsidiary of Oaktree Capital Management.

"The directors intend to complete the sale of all remaining assets as quickly as possible and expect that the company will cease activity after that time," state the accounts.

Cllr Prendiville said that “with a shortage of rental accommodation, and sky-rocketing rents," these evictions “will put further pressure on rents across the city, and cause huge problems for the families and individuals affected.”