'City's pub trade on the up as county's struggles, but both blighted by 'hidden costs' 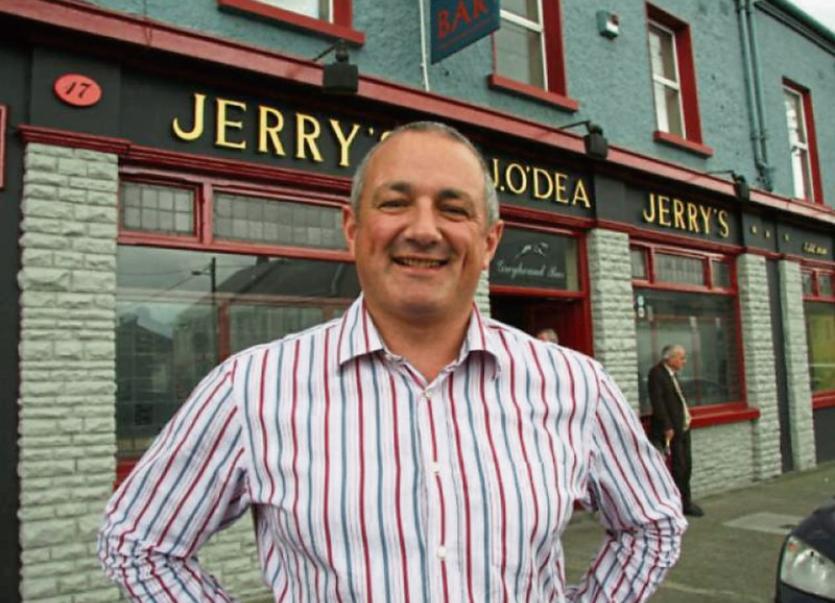 IN THE past year, Limerick city has seen several high profile bars and restaurants opening on its streets.

The city has seen an undeniable growth in the sector, but many pubs, particularly those in rural county Limerick, are continuing to struggle, with overheads for such businesses reaching well into the thousands per month.

The ‘hidden costs’ of pub-ownership can often be prohibitive and although business hasn’t been better since before the recession, some smaller businesses are struggling, says Vintners Federation of Ireland secretary, Cllr Jerry O’Dea.

“After a recession, the first place to feel the benefit would be the cities, and it was very obvious with Dublin, and it’s now starting to spread to the other main cities of which Limerick is one,” said the metropolitan councillor and city publican.

“This Christmas there certainly was a better feeling around, and pubs and restaurants would be a great barometer of that because people have a bit of extra money,” he added.

However, Mr O’Dea added that transport can often be a burden for rural pubs, as the days are almost gone when the publican would offer lifts home.

“The distances one has to travel in the county are quite large at times and we would always have that concern. Rural isolation is a problem in the county, and we see certainly that the pub can be a focal point for older people in the community or single people.

“The pub has always filled that gap and over the years that’s been kind of lost, and transport certainly is an issue.”

Publicans can rarely offer lifts home now. The bar can’t be left unattended in rural pubs with just one or two bartenders, and in the city, customers enjoy a “good taxi and bus service” compared to their country counterparts.

Many people don’t realise some of the hefty costs involved in pub ownership, “hidden costs” as Mr O’Dea calls them.

“Insurance would be a huge factor and the other huge factor which people wouldn’t realise is the cost of television and satellite TV,” he said.

“The cost of Sky and Eir and racing channels, it would certainly cost the average pub, a smaller pub at least, a thousand euro a month. You need a commercial licence to show Sky.

“Sky would be around €600, Eir would be another €300, and that’s just for an average small pub. Then the racing or additional sports channels are more again,” he added.

A common misconception is the high cost of a pub licence; actually, in comparison to some of the other charges involved, it is not overly expensive, but it does come with some small print.

“Actually the cost of licensing is not that substantial. An average licence for an average type of pub might cost €900 for the year, but the thing that publicans have found difficult is perhaps they haven’t been able to charge as much as they want for their product and essentially at the end of the year they are short money for taxes,” explains Cllr O’Dea.

Insurance is one of the highest costs involved in running this type of business.

“For the last few years I’ve constantly pointed out how difficult trading circumstances were, and there were many pubs that closed down. And that’s still ongoing, for example, my own insurance costs have increased by 22 percent this year, and that applies across the board. Some places are facing up to 100 percent increases of insurance, and they’re finding it very very difficult to get insurance quotes,” he added.

“They’re kind of hidden costs in a lot of ways — you have substantial costs such as excise duty, VAT, employer’s PRSI… They’re all kind of costs that people don’t realise, and unfortunately many small pubs have fallen foul of that, and it’s proven very difficult for them,” said Mr O’Dea.

However, he is keen to finish on a high note, and like most in Limerick, the councillor welcomes the opening of so many new pubs and restaurants in 2016.

“We’re happy the way things are going, certainly pubs are opening up and we were delighted to see a number of openings over the Christmas, because it’s good for all the trade, and it gives people the positivity and encourages them to invest. The last few years, publicans were afraid to invest in their pubs because they just didn’t know what the future held,” he said.

“So these pub openings are turning the tide in a lot of ways and we’re delighted.”

THE appetite for pubs in the context of the property market is proof that the pub trade is on the way up.

This, along with the sales by all other auctioneers in the city and county, strikes a stark contrast to the almost non-existent pubs market in the years before that.

“We sold that number of pubs in the last 18 months — but in the preceding two years there were no pub sales,” said Rooney managing director, Gordon Kearney.

In addition to the seven recent pub sales, Mr Kearney told the Limerick Leader that there is another sale in the pipeline.

“We are in the middle of negotiating the sale of another pub in the city centre,” he said.

“It’s demonstrating again that there’s a continuation of that interest that’s there.”

The overall interest is good news for the pub trade in general, and publicans are again gaining the confidence to invest.

“Obviously people looking at pubs want to run it and make a business out of it, and confidence seems to be creeping back in because all bar one of those pubs was reopening as a pub, which I think bodes very well for the pub industry,” said Mr Kearney.

“Confidence has come back into that sector,” he added, noting also that those seven pub sales didn’t involve bank loans, they were all people with their own cash reserves to be able to purchase the pubs.”

Two county pubs were sold — Lynch’s Pub in Caherconlish and Kilduff, Pallasgreen, although the latter will not be reopening as a pub and has instead been opened as a bike shop.

Scott’s Bar has not yet reopened, as its new owner has not expressed whether or not the building will be opened as a bar or a restaurant as of yet.

All of the other properties are set to continue being pubs, according to Mr Kearney.

The growing trend has certainly been concentrated in the city, with rural pubs not exactly reaping the benefits of a boosted nightlife.

“It’s very much city and urban-focused rather than rural,” he added.