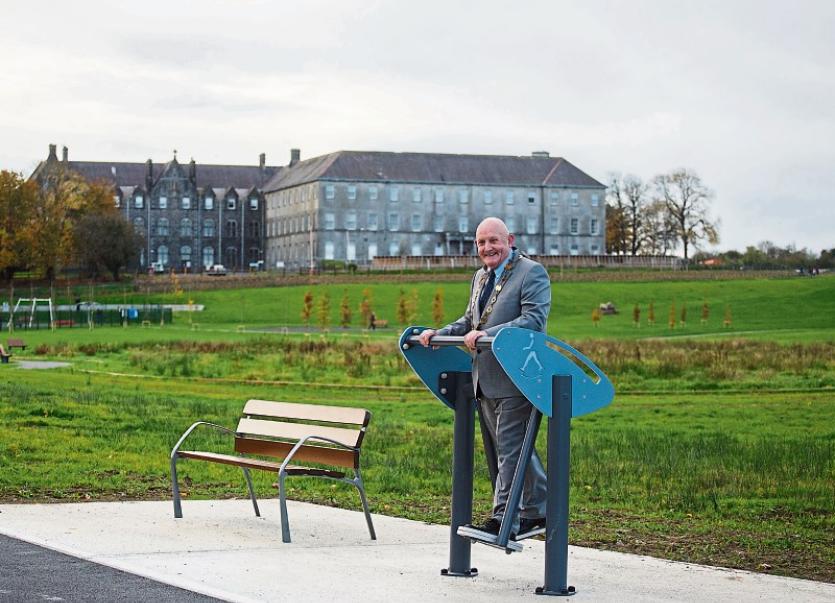 Mayor Kieran O’Hanlon in the park

USERS of Mungret Park can now enjoy a new smartphone app to help them get fit.

The exercise app, specifically designed around the €1.2m park, has been launched and is the first of its kind in Ireland, according to the council.

It will create training programmes for the exercise equipment dotted around the park, which was officially launched by Michael Noonan in November but has been a huge hit with families since it opened in the summer.

The local authority, along with Kompan, who designed and installed the playground and parkland equipment, developed the app, which is free and is called Kompan Sport & Fitness.

It can be downloaded for iOS and Android phones.

Senior Executive Engineer Tara Flanagan said it was “another way that will allow people to use and enjoy Mungret Park to its fullest potential”.

“We’ve had great feedback from members of the public about the park since it opened in August. Our vision is that the park is for all, from the young to the old, regardless of fitness levels.

“The specialist play equipment in the park allows children of varying abilities to enjoy themselves, while the new app will allow tailored training solutions for people using the exercise equipment dotted around it.”