An unforgettable start to the year for one Limerick family 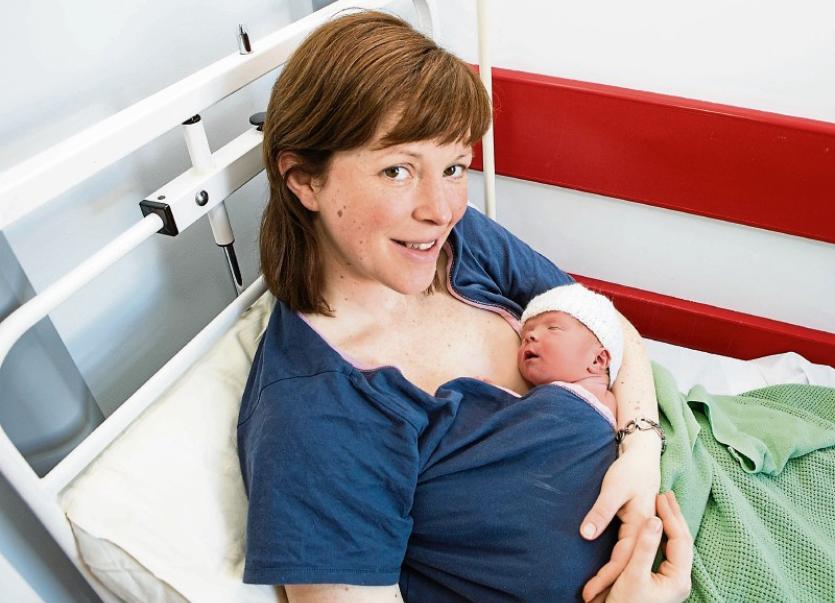 Aine Laffan holds her baby boy Odhran who was born at 4.42am on New Year’s Day on her kitchen floor Picture: Liam Burke/Press 22

A LISNAGRY family have had an unforgettable start to the year after their second son was born three weeks early – in the kitchen of their home.

Aine Laffan, 34, gave birth to young Odhran at 4.42am on New Year's Day at her home in Lisnagry, surrounded by her partner Denis, also 34, her mother Martha, and their first son, two-and-a-half year old Fionn.

The birth of the youngster, who weighs seven pounds, came as a surprise to both Aine and Denis, who originally hails from Roscommon.

“We were hoping for a home birth, but there were complications, so we didn’t think we would get the chance. But in the end, he was born at home,” Aine smiled from her hospital bed at the Mid-West Regional Maternity Hospital in the Ennis Road.

Denis – who had only arrived back in Limerick after visiting family in Roscommon in the early hours of New Year’s Day – joked there are a few “midwives in training” in their household now.

“I just caught the baby,” he joked.

“I’m very proud and excited right now. We just were not expecting this. We are very lucky. Christmas and New Year’s will be very special for us from here on in,” he added.

He also paid tribute to the Midwives at the maternity hospital, adding: “They really made you feel relaxed and comfortable. They let you take your time, and spend time with the child. We are so pleased with the birth”.

Aine, who has become a mum for the second time, said: “I’m feeling great. A bit tired – but i’m running on adrenaline right now.”

Meanwhile, the first baby to be born in Limerick in 2017 was Lily Mary Eilish, who was born at just one minute past midnight to Patrickswell couple Declan and Gloria O’Grady.

Five babies were born up to midday on New Year’s Day at the Regional Maternity Hospital.