Limerick is home to the third highest number of entries nationally, with more than 50 projects 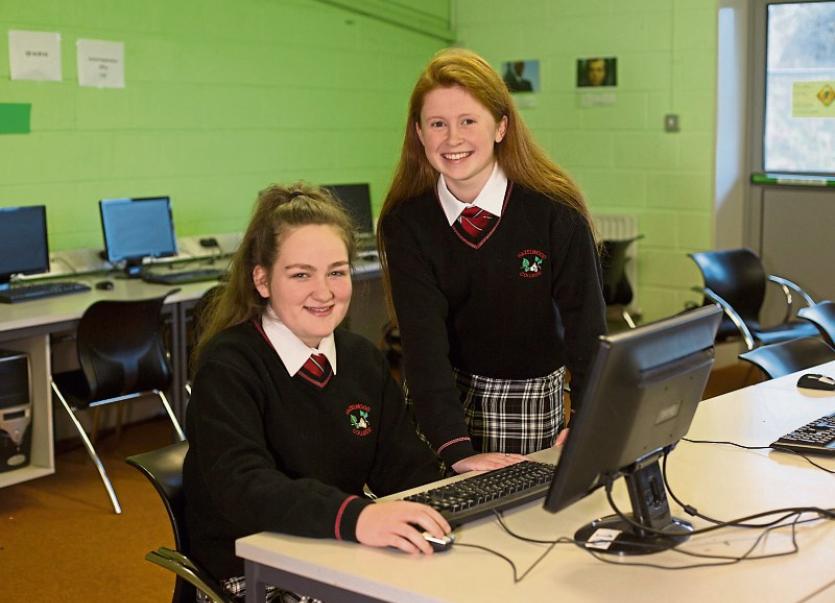 Entrants of the Young Scientist and Technology Exhibition, in the Behavioural Science category, are Mary Kate Fehin and Ava Mullane, pictured at Hazlewood College, Dromcollogher

MORE than 50 Limerick projects will be taking to the stage in Dublin this January at the 2017 BT Young Scientist and Technology Exhibition, making it the county with the third highest number of entries, after Cork and Dublin.

With calf incubators, energy efficient kettles, traffic lights, and everything in between, the innovators of tomorrow are well and truly in our midst.

At least 54 entries from 14 secondary schools will be travelling to the exhibition on January 11 to 14, with some more projects having been added to the lineup at the last minute.

All systems are go in the schools, where students have been preparing for months in the hope of securing an accolade at the event.

“Since participating in the event, we have seen the numbers of students opting to study science related subjects to senior cycle increase,” said John O’Flynn, science teacher at Salesian Secondary College, Pallaskenry.

“We also have noticed that students who have partaken in the event are more inquisitive and conscious of the science world around them,” added Mr O’Flynn.

More than two thousand project ideas were submitted by secondary students from 375 schools across the country, an increase of 2 percent from last year’s exhibition.

The fifty-third BT Young Scientist and Technology Exhibition attracted individual and group entries from 4,591 students in total, an increase of over 3 percent on last year.

These hail from 31 counties, and girls once again outnumbered the boys with a gender split of 61 percent female to 39 percent male entrants.

Students submitted ideas and innovations on subjects ranging from migration to climate change to concussion injuries, with Social & Behavioural Sciences the most popular category nationally.

Minister for Education and Skills, Richard Bruton TD said: “The BT Young Scientist and Technology Exhibition is a fantastic platform for so many students in Ireland and it is a testament to all involved, that in its 53rd year, the event still continues to grow in such strength and numbers. I have been to the exhibition on numerous occasions and it is extremely inspiring and encouraging to see the talent that is being nurtured as students develop their ideas and bring them to life on a national stage,” added Minister Bruton.