Limerick teenager named Child of the Year by French newspaper 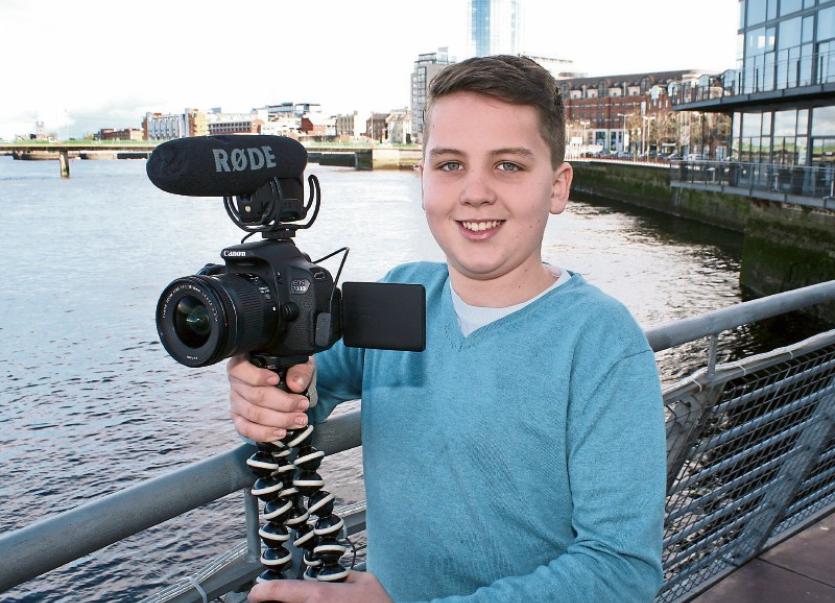 A CASTLETROY teenager whose anti-bullying campaign went globally viral, has been named as Child of the Year by a prominent French newspaper.

The inspirational young teen made international headlines when his Create No Hate video was viewed by hundreds of thousands of people within a number of days, prompting TV interviews with UTV, Sky News, RTE, BBC, Fox, and many more.

Luke received an e-mail from the newspaper a number of days ago, saying that he had been awarded the l’enfant de l’année 2016 accolade.

Luke, who attends Castleroy College, said that it “very exciting and I am very proud. I didn’t think my project would have been this big.”

The idea, he told the Leader this year, was to make something that might help just one person suffering from the perils of cyber abuse, something he estimates all teenagers have either encountered or witnessed.

His proud dad Dermot that he is “absolutely thrilled. As a father, I am bursting with pride. We received an e-mail from the newspaper the other day, that he had received the award and that he had helped so many kids in France. His project keeps snowballing ad it keeps going.”

Dermot says that Luke is now full-time producing video projects, with a number of campaigns on the go for his website. Currently, he is working on a “tour of Limerick” project with his friend, which will detail all of the city’s positive elements.

This is not the first success for Luke, following the release of his video. In April, the 13-year-old received the Limerick Person of the Month award, and in November he was awarded a Garda Youth Award.