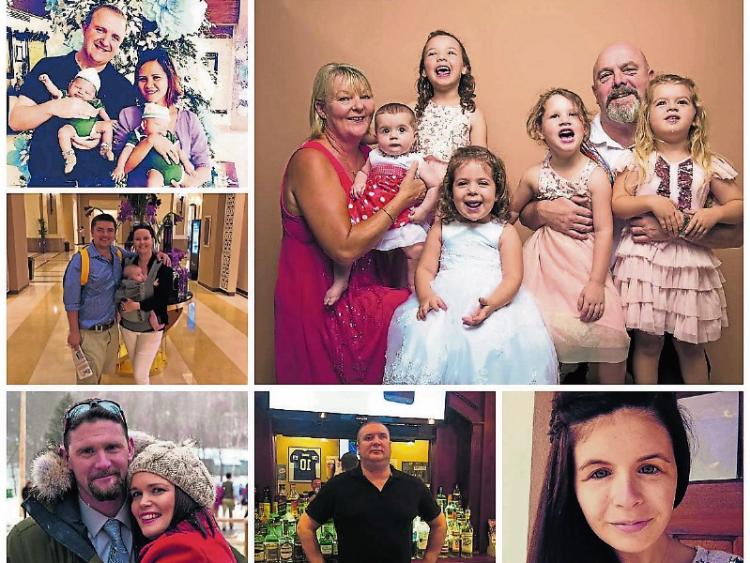 Sarah Curtin from Patrickswell - in London

“I’ve been living in London for a year and a half. I attended Laurel Hill Secondary School and Mary I, completing an undergraduate and Master’s degree as many people my age do in the current economic climate.

“My boyfriend had already moved to London to teach, because there are minimal secondary school teaching jobs in Ireland right now. I was really keen to work in publishing so I decided to follow him to London, and I am now working for Penguin Random House publishers.

“I haven’t been home to see my family in four months, and that is the longest break that we have had so far. Last Christmas I experienced my first ‘flying home for Christmas’ moments and they were very special. You really don’t understand how green Ireland is when you are landing until you live in another country... The grass really is greener sometimes!

“This time around it is more of a necessity, as life continues to change at home and Skype calls can only give so much love. My mother always cries at the airport as we are extremely close, and my father always greets me with a rib-crushing hug. Coming home is important for all of us, even for my brother who gets the obligatory giant Toblerone!

“Christmas is an especially important time because not only do I want to make time to spend with my family, including my two grandmothers who are eagerly looking forward to my homecoming, but also my wonderful friends, some of which I haven’t seen for nearly two years, who are traveling home to Limerick from Dublin, the UK and even Toronto. MF

Laura and Shaun Murphy from Kilmallock – in New York

“We'll spend Christmas at home in Yonkers, in New York. Shaun’s dad Ger and sister Christine are coming to spend the day with us. What we will miss about being away from Ireland at Christmas is being at home with our family for Christmas dinner and being there when Santa comes to our nieces Emmie and Erin Jacob.”

“Last Christmas was the first Christmas we ever stayed in the United Arab Emirates and we did so because I was expecting our first baby and couldn’t fly. It was a lovely Christmas with friends and we enjoyed the famous UAE brunch, but it’s never the same as Christmas in Ireland surrounded by family.This year, my husband Simon and I will spend Christmas Day at home in Dun Laoghaire, where he is from.We'll probably start the day with a swim…

Eamon Dunne from NCW – in the Phillippines

“What will I miss about Christmas at home? Family of course, and turkey. They don’t do turkey in the Philippines! But I was also here for Christmas last year so I’m used to it. The 30 degree weather and spending my first Christmas with my two boys will more than make up for it. I’ve been back and forth to the Philippines for the past two years with work, initially with Virgin Media (formerly UPC) and now with a company called Castletown Global Services (CGS). With Virgin I was splitting my time between Ireland and Philippines but am now based here full time with CGS. I met my fiance Jeziel, 28, early on my first trip in 2015. So we have had to handle long distance relationship challenges, especially when I was still splitting time in Philippines and Ireland. Even now my work is in the capital Manila, while Jeziel and our boys are in Cagayan de Oro, her home province and around an hour and half flight away, where all her family support is with her. I split my time between Manila and Cagayan de Oro (CDO) and will spend Christmas in CDO with my new family. For Filipinos, family really is everything so at any given time there are countless different brothers, sisters, nieces, nephews in the house supporting Jeziel and the boys, as well as her mother of course. It’s a very different family dynamic to Ireland but amazing support for Jeziel, which is huge relief for me when I’m in Manila. Our twin boys, Cian and Zach, were born on September 10, which also happens to be also Jeziel’s birthday, and I proposed recently by hiding a ring under Zach’s pillow. Our wedding is planned for next May provisionally, when my dad and two brothers and close friends will hopefully make the trip to Cagayan de Oro from Ireland to meet my boys face to face for first time.

Janet and Eugene Bennis from Granville Park – in Brisbane

Janet and Eugene Bennis made headlines when they announced that as grandparents they were emigrating to Australia nearly two years ago, as they couldn't bear to be apart from their children and grandchildren. They live in Brisbane, and have five grand daughters - Saoirse 6, Isabelle 4, Teegan 3, Alexia, 2, and baby Ciara, six months.

“We are not just having our second Christmas here in Brisbane with just our family, but with three other Limerick kids that have left Ireland. These ‘kids’, who grew up with our own kids, are spending Christmas day with us, and we will embrace them like our own – probably telling them to stop drinking so much, stop swearing, stop smoking, etc - the usual parent stuff. We will have Christmas day dinner at our son and daughter’s, Eoin and Claire, and their partners Hari and Sok’s home, with Eoin and Hari’s three girls, Jen, our daughter, son-in-law Rob, their girls, Saoirse and Teegan, Cian and his two friends from Limerick, and Claire’s best friend from Limerick. Then we’ll spend the rest of the day by the pool. Eoin and Claire’s partners are also brother and sister, and their Greek parents, who moved to Australia in the ‘60s, are also coming for Christmas dinner, so it'll be an Irish/Greek celebration. The one thing I love about Christmas in Oz is that we are together. Otherwise, it is hard to believe it is Christmas, because it is so hot. There is no hustle and bustle in the cold, wet, dark evenings, slipping into Nancy Blake’s for a hot toddy, in front of a lovely warm fire. Oh, how I miss it, but we are here with our grand daughters and kids and for that, it is no contest. What I will miss about Limerick, and Liverpool, where I'm originally from, are my Irish sisters and brothers, nieces, nephews, uncles and aunts, and meeting friends for ‘The one’ and the craic. I will miss so much more, but I have gained so much in the nearly two years that we have been here, that I wouldn’t change a thing. I hugely miss my sisters and brother flying in from Liverpool on a whim at any given time. I will always miss that, and not just at Christmas. I will miss my aunty Carmel’s Christmas pudding and Christmas cake that I received every year for the past 30 odd years.

“I'll be spending Christmas Day behind the bar as it is one of our busiest days of the year. I’ve been serving drink here in Moriarty’s for five years now so my regulars have become friends. The best part of Christmas in New York are the lights and the shopping. The city at Christmas time is a wonderful place to visit. The only family I have here in New York is my wife Meghen, who also works in the bar business, so we really don’t see a lot of each other around Christmas with us both being busier than usual. What I miss about Kilmallock during Christmas is my family. I call home on Christmas Day and the whole family is at my parents’ house in Kilmallock so that can make me feel a little lonely being the only one not there, but maybe next year I'll go home for Christmas.”