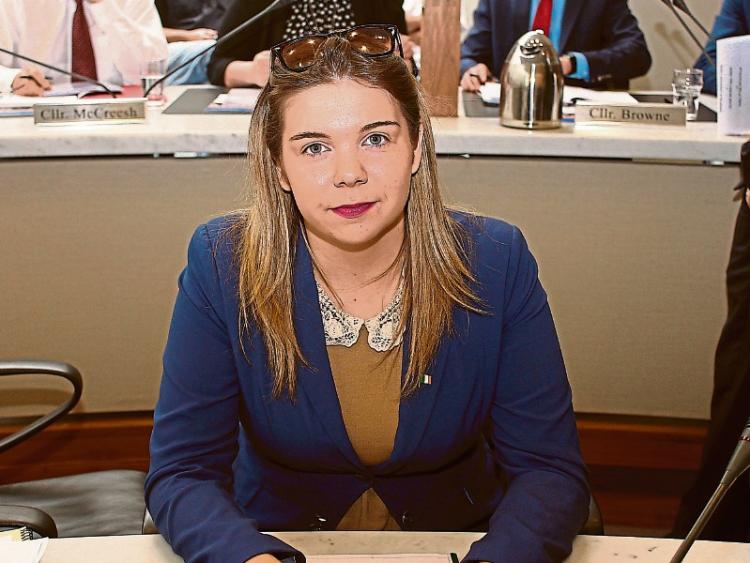 Cllr Lisa Marie Sheehy: “If we want to increase hours we increase staff”

AN OPEN library scheme was brought to book by councillors at a meeting of the Cappamore-Kilmallock municipal district.

A motion, proposed by Cllr Lisa Marie Sheehy, calling on the CEO of Limerick City and County Council to immediately suspend any roll-out of the initiative was seconded by Cllr Noel Gleeson.

County librarian, Damien Brady gave a presentation on the scheme that allows for additional opening hours for libraries over and above staffed hours.

“Registered members can access the library using their library card and pin code outside of regular opening hours from 8am to 10pm daily, seven days a week, 365 days a year,” said Mr Brady. The concept was mainly developed in Scandinavian countries where it has been a success since 2004, he said.

“It is seen as attracting a range of customers by allowing access at times that suit the customer. Very few incidents of note have been recorded,” said Mr Brady.

Two pilot projects have been running in Ireland since 2014 - Sligo and Offaly. A key recommendation was that a further pilot should be tested in each local authority and Cappamore was picked in Limerick. A grant of €35,000 was used for enhanced security - gates, cameras, additional lighting and more.

“Regardless of whether the open library system is fully implemented or not, it represents a positive in terms of additional security for the library,” said Mr Brady, who stressed there would be “no reduction in staffed hours”. He said during the open library scheme members can borrow and return books and other items using self service; use computers and wifi; print and photocopy; study and hold community meetings.

Cllr Noel Gleeson said he has a problem with the plan and it is not Mr Brady’s fault. He said in Offaly somebody opened the door and let others in. While welcoming the extra security, Cllr Gleeson said IT systems can be broken into.

“It was a shock. The people of Cappamore could not get over it. We are so proud of it. I am completely and utterly against this on behalf of the community of east Limerick. It is no good having security when when the books are long gone. There are some who would take the eye out of your head. I am going to fight this tooth and nail,” said Cllr Gleeson.

“If we want to increase hours we increase staff,” said Cllr Sheehy. Her lengthy list of concerns included one instance where alcohol was involved, how would it be possible to see if somebody is being bullied, the possibility of claims, discriminating against blind people, theft of items and more. “The community ethos of libraries is for the librarian to give a helping hand,” said Cllr Sheehy.