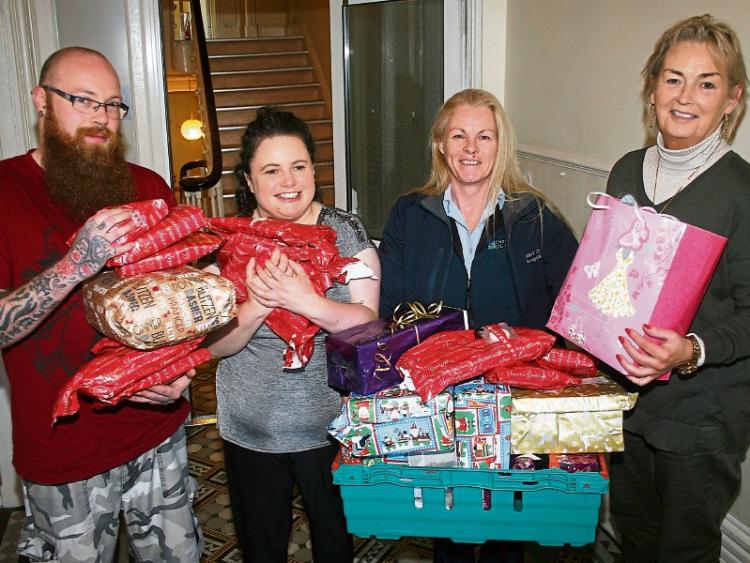 THANKS to the power of social media, there was a great display of goodwill by hundreds of locals who turned up in the city centre to donate gifts and food to the homeless this week.

The Facebook campaign, Let’s Show We Care, was set up by Cratloe woman Georgina Collopy in early December, in response to the high levels of homelessness in the city.

Members of the public were invited to attend a gathering outside Penneys on O’Connell Street on Tuesday evening, and to donate items including food, clothes, toiletries, and drinks.

“We didn’t expect it to be as big as it actually was,” said Antoinette Walsh, Georgina’s sister, who was delivering a carload of donations to St Vincent de Paul’s centre on Hartstonge Street, on Wednesday.

Between 7pm and 10pm, scores of black plastic bags, filled with gifts, and an assortment of food and hot drinks were collected for the homeless. And prior to the event, Georgina had called to a number of homeless centres to invite the clients to the event.

“We all got together and we said that we should do something for the homeless, because the Government aren’t doing anything at the moment.

“There were hundreds of bags. There were van loads of stuff, and people didn’t stop coming. Georgina’s hallway is absolutely full with bags and gifts.

“And a load of them got shopping trolleys last night, and they went around the different alleyways for the people who didn’t know we were around, and we dropped off the stuff.”

The organisers praised the local businesses and restaurants that donated meal vouchers, teas and coffees to the homeless.

“But we hope that we have done enough. I have never witnessed this before. And there must have been hundreds of people who turned up last night. We couldn’t believe it. We were all very emotional when we saw it all. And we are going to keep going with this, and we are going to set up something so that we can do it differently,” she added.