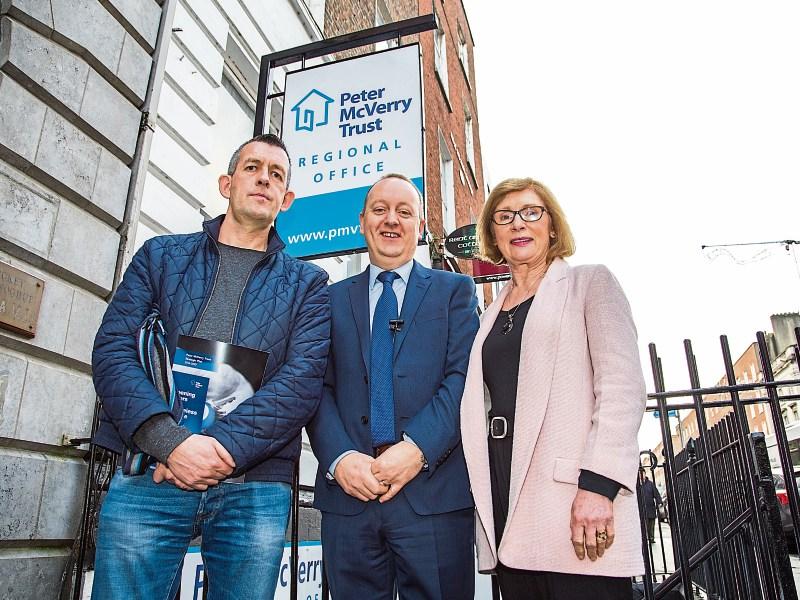 A HOMELESS and housing charity has made an initial capital investment in Limerick of €1.1m, to relieve the homelessness crisis across the city and county.

In a year in which homelessness in Limerick made headlines – with people sleeping in tents, and in sleeping bags outside homeless shelters, as well as the tragic death of a 31 year-old woman on Catherine Street, the investment by the Peter McVerry Trust in Limerick has been broadly welcomed.

Speaking at the opening of their new regional office in Limerick – the first outside of Dublin - chief executive of the Trust, Pat Doyle, announced that they will open five units of housing before Christmas.

He told the Limerick Leader that there has been an initial capital investment of €1.1m, rising to a €2.5m investment by the end of 2017, with an ongoing annual budget of in the region of €150,000.

An additional nine units will follow in the first quarter of 2017 – one in the city, four in Askeaton, and four in Newcastle West, with more housing units in the pipeline throughout the rest of next year.

“It took us longer to get here than we had hoped, principally because an awful lot of the properties that we went after were under receivership and it was difficult to get the deeds for a number of them,” said Mr Doyle, whose family hail from Limerick.

“People shouldn’t have to live in shelters forever – it’s degrading. We gave a lad a key to the door of his new home recently in Dublin, and he was 30 years homeless. He’s doing really well.

“He said ‘Every time I take out my keys, I can’t believe they are mine, and keep thinking you’ll take them off me’. We have never evicted anybody in the Trust because we are into solutions, not negative responses. I said ‘What else do you feel’, and he said ‘I still don’t feel I deserve it’. Being homeless damages people’s self-esteem and their self worth, and we want to get people away from that.”

The official opening of their offices at 50 O’Connell Street was attended by Labour deputy Jan O’Sullivan, Sinn Fein deputy Maurice Quinlivan, and Fr Tony O’Riordan, the parish priest in Moyross, and also a long-standing board member of the Trust.

Deputy O’Sullivan praised the various homeless agencies in Limerick for coming together to tackle this crisis, and said that she hopes an all-night drop-in cafe for homeless opens in Limerick city over the Christmas period, as temperatures plummet.

She said the death of Louise Casey, 31, on Catherine Street, was “an awful tragedy for any family”.

Fr O’Riordan, who lived with Peter McVerry in Ballymum many years ago, said it has taken some length of time to get these properties in Limerick due to legal issues surrounding them.

“For every day that a person is homeless, it leads to further complications. The Trust is just playing a part. Will it provide all of the solutions? No. I think people need to be vocal that we find solutions, because there are properties there,” he added.

The charity is working in partnership with Limerick City and County Council to identify, and respond to housing needs. Its offices in Limerick will be open five days a week.

Mr Doyle also stressed that they will be working in tandem with other agencies in this field, who already have an existence in Limerick such as Focus and Novas Initiatives, and praised their “tireless work”.

He added that trying to combat the crisis of homelessness has to be a “combined effort”, and that “no one body has the solution”.

Nationally, the Trust has 754 beds across a number of local authorities. According to the Trust, 1,000 families are currently accessing emergency accommodation – an increase of 40% on last year. Overall, there are 6,790 people in Ireland experiencing homelessness.

Mayor of Limerick, Fianna Fail councillor Kieran O’Hanlon said that homelessness in Limerick concerns him “enormously on a daily basis”.