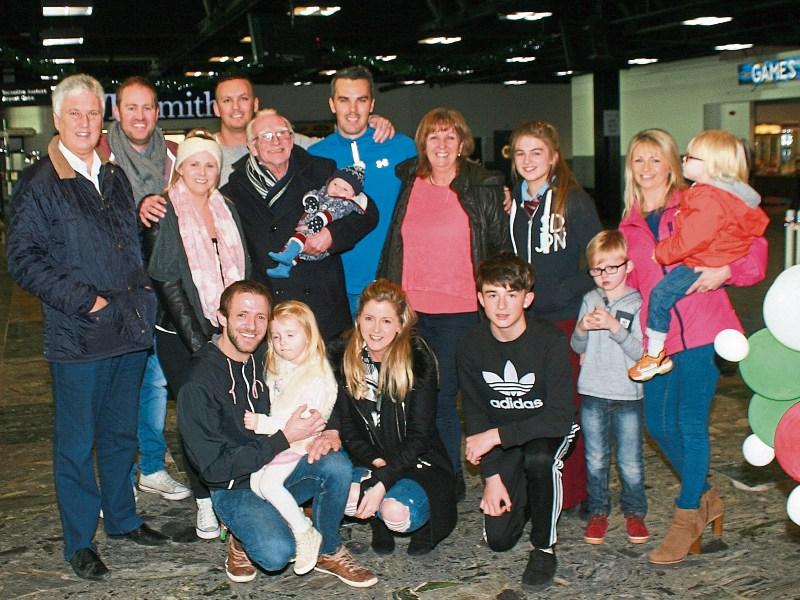 The O’Loughlin and McNamara family welcome Vikki and Culainn

EMOTIONS ran high at Shannon Airport this week, as families were reunited with loved ones who travelled from all over the world to spend Christmas in Limerick.

Of the hundreds walking through arrivals this Monday morning, Hollywood star Dominic West and his wife Catherine Fitzgerald, daughter of the late Knight of Glin Desmond Fitzgerald, flew in from London to celebrate Christmas again in Glin.

Leaving the airport, the couple said they were thrilled to be back. 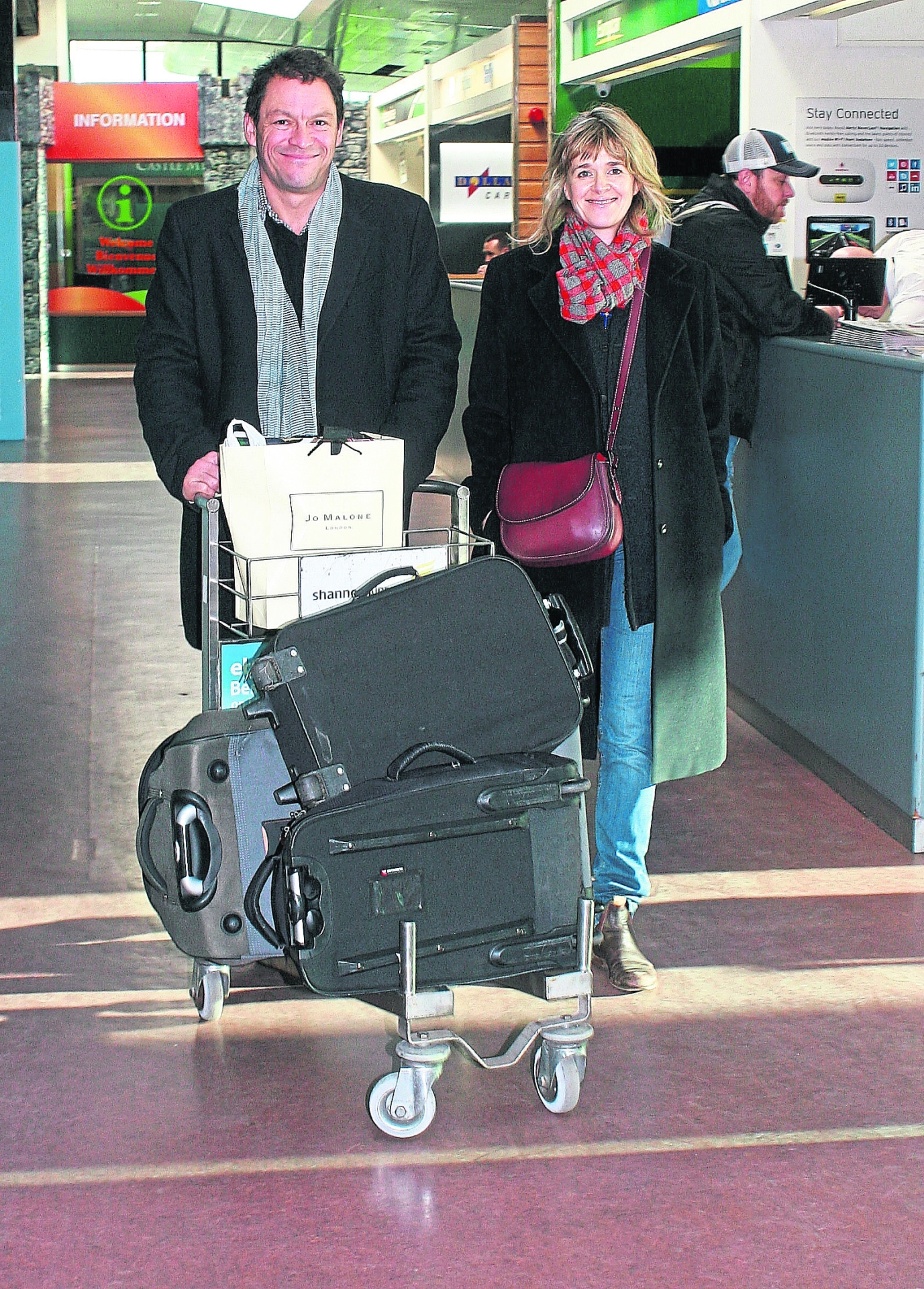 Mr West told the Limerick Leader: “I am delighted to be back in Limerick especially on this lovely, sunny day.

“I have no plans for Christmas, other than swimming in the Shannon on Christmas Day, when I am sure there will be a great attendance by the people of Glin.”

For Evette Murphy, Corbally, it has been a year since she set foot on Irish soil, after a long journey from Singapore, where she is a teacher.

“I am absolutely thrilled. It feels like I am in a dream, I don’t know what’s going on. I haven’t been home in a year, so I haven’t seen these two [niece Rosie and nephew Harry] in a year. Last Christmas was the last time I came home.” 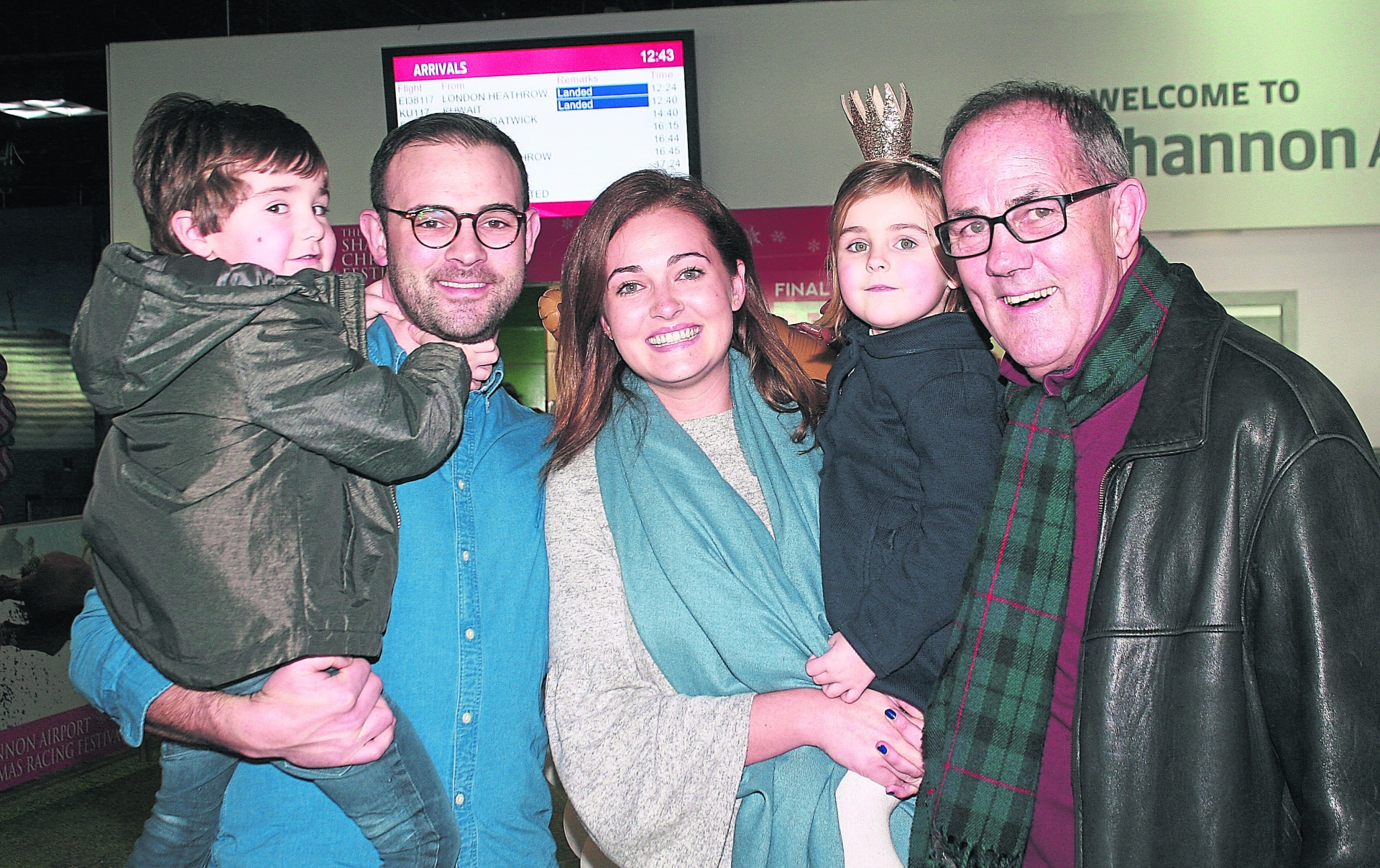 She acknowledges that living so far away from home can be tough.

“Of course, it is exciting, but there’s nothing like coming home.

“It is the people that you miss, really. I have a great group of people out in Singapore, there’s a lot of Irish people out there, and I have been lucky enough that a lot of people have been out to me,” she said.

Murroe man Pat Walshe was waiting for more than an hour for his daughter Sadhbh to fly in from New York, via Heathrow.

“I am delighted she is home. We don’t have much planned other than have dinner at home with all the family.”

Sadhbh Walshe is a freelance journalist for the New York Times, the Guardian and the Irish Times, and has worked on film in the United States for around 20 years. She told the Leader that it was great to come home, especially following the election of Donald Trump as the new US president.

“New Yorkers – 80% of us – did not choose the person who is president, and he lives in our city, and it is difficult for people. And I think no one knows how it’s going to play out.

“It’s unusually sombre there. I always come back for Christmas and the summer, too. And to me, it’s now a novelty to have, like they [her parents] have, a house in the country with dogs. You can’t get that in New York! So I am very excited. I am a bit jetlagged, but now I don’t have to do much over the next two weeks,” she said.

Tim and Eileen O’Sullivan, Adare, were waiting for their son Gerrard, who flew in from Heathrow at 12.25pm. Tim, who grew up in Ballylanders and lived in the UK for 38 years, that it is “special time, anytime” when the family reunite.

“But Christmas has that additional magic, and that’s for every family, all over the world, wherever you are. There is something that grabs you for Christmas, and it is so, so important.

“It’s a key time of the year in family bonding when we give up and forget about all the other things we do in life, and we get together as a family and enjoy ourselves.”

He said that many years ago travelling home would be a cumbersome task; getting the Holyhead mail boat, get a number of crammed trains and buses and arrive in Knocklong more than 24 hours later.

Now, he said, pointing to the flight schedule, “There are one, two, three flights from London and Gerrard is less than an hour on the plane.”

Hugh and Jenny McDonogh, Ballybricken, will celebrate the next fortnight with their grandson Tony.

“Tony will be staying with us for two weeks and right into the New Year. He’s studying to be an actor, and it is his third year at the University of Aberystwyth, in Wales, so he’s doing pretty well. We are very proud of him over there. We are always in contact with him,” Hugh said.

Shannon Airport recently announced that it expects passenger numbers to rise this festive season by around 5%.

More than 70,000 passengers are expected to pass through the airport between last Friday, December 16 and January 3 – up from 66,500 over the same period last year.