Paul O'Connell's The Battle is number one seller for Christmas 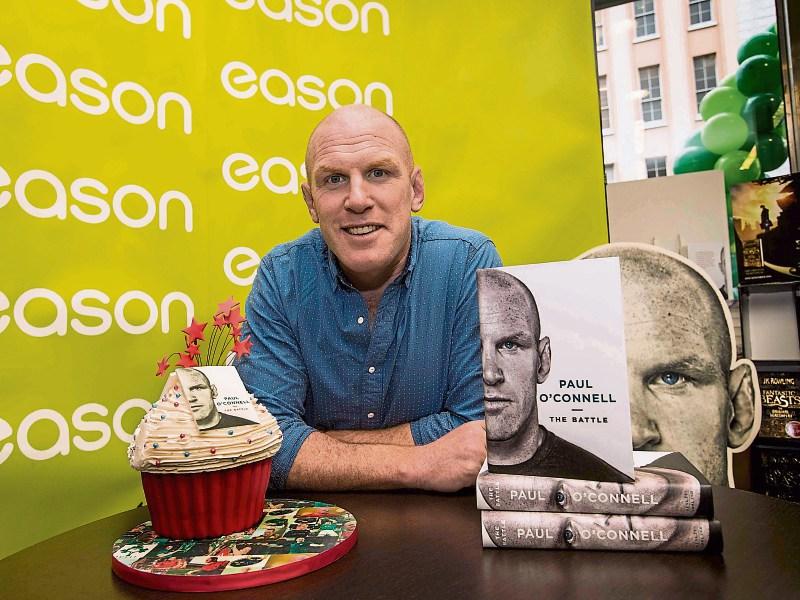 PAUL O'Connell's autobiography The Battle is the number one seller in the Irish market this Christmas week, new figures from Nielsen BookScan’s Irish Consumer Market confirm.

In the seven days up to December 17, The Battle sold 10,465 copies, with overall sales to date amounting to over 40,000 in Ireland alone, since it was released in October.

It is expected that Irish sales will breach the 50,000 mark by next week, while The Battle has also sold an additional 14,475 copies in the UK market, including 3,132 this week, publishers Penguin confirmed to the Limerick Leader.

"This year, Graham Norton, David Walliams and Paul O’Connell were all scrapping to reach the number one spot; with only 600 book sales separating the three in the week ending December 3," stated the release from Nielsen this Tuesday afternoon.

"O’Connell and Walliams pulled away in the pre-Christmas week, with The Battle leading the charge with 7,789 copies to Walliams’ 6,903," it states.

Penguin had expressed confidence in November that it would become the “biggest selling Irish book of the year”.

Speaking to the Limerick Leader this Tuesday afternoon, Michael O'Loughlin, managing director of Penguin Random House Ireland, said the book's success was “a testament to the affection that Paul is held in all around Ireland, not just in rugby fraternity, but in the wider community.

"People respect and love Paul O'Connell, and we are just thrilled that the book has done so well. I think partly the reason is that Alan English [co-author] did such a tremendous job in writing it with Paul.

“The reviews have universally been positive, and that word of mouth has gone round. We're absolutely delighted. Breaching the 50,000 mark next week will be tremendous," said Mr O'Loughlin.

The former rugby star’s work – which was seven years in the making under former editor of the Limerick Leader, Alan English – scooped sports book of the year at the annual Bord Gais Energy book of the year awards.

"I wasn't clever enough to write this book on my own," said former Munster, Ireland and Lions rugby captain O’Connell.

"I was lucky when I agreed to do the book back in 2009 that Alan English came on board to help me as a ghostwriter.

"I think to write a book about yourself is a difficult thing to do. For me anyway I felt very awkward. I still feel awkward when I walk past it in a shop, and see it for sale. I was really happy with what we produced, and a big part of that was down to the work, commitment, passion and ambition that Alan English had for the book, so I really want to thank him for that.

"For all that's happened in my rugby career, to walk past a small book shop and see a few of my books in the window is a great thing," added the rugby legend.

The guide also noted the rise of another J.K. Rowling classic with Harry Potter and the Cursed Child being the top selling title of the year, 67,409 copies in total.

The book sold over 35,000 copies in its first week, which would have placed it fifth overall for the year just from one week.

Last year, Paula Hawkins’ psychological thriller, The Girl on the Train topped the charts, selling 60,476 copies for all of 2015.

The final Christmas ten were:

The Battle by Paul O’Connell

The Midnight Gang by David Walliams

Born to Run by Bruce Springsteen

Double Down: Diary of a Wimpy Kid by Jeff Kinney

What Do You Think of That? By Kieran Donaghy