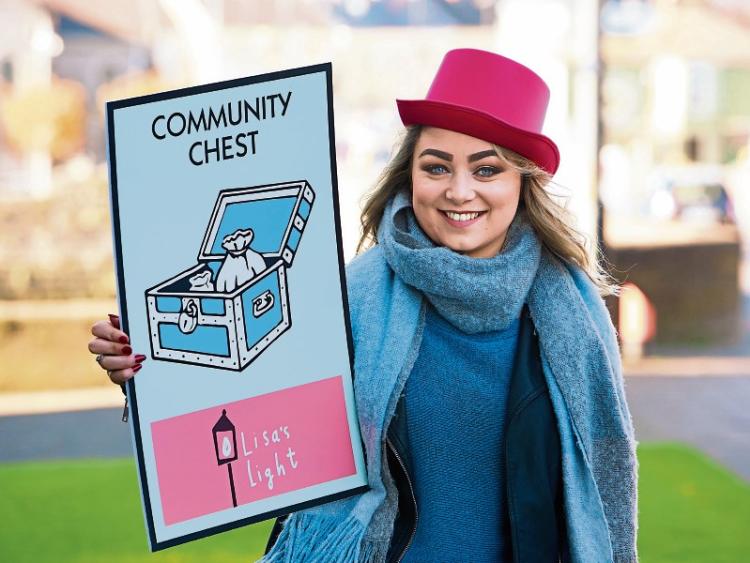 Katie Whelan, whose Lisa’s Light project features on the Monopoly board

A CAMBRIDGE University graduate has put together a guide to winning at Limerick Monopoly this Christmas.

Limerick has been immortalised on the Monopoly board and the manufacturers have revealed secrets of how to win the game over the coming festive period as a way of saying thanks.

“It’s our way of thanking Limerick for getting behind this great new board so passionately,” Peter Griffin of Winning Moves – who has compiled the guide – said.

Mr Griffin, 33, a Cambridge University games graduate, has put together this seasonal cut-out-and-keep guide as a formula for winning the classic board game – see the list below.

Limerick recently passed ‘Go’ as prominent organisations and places in the city now feature on its very own Monopoly board, which was launched in October. 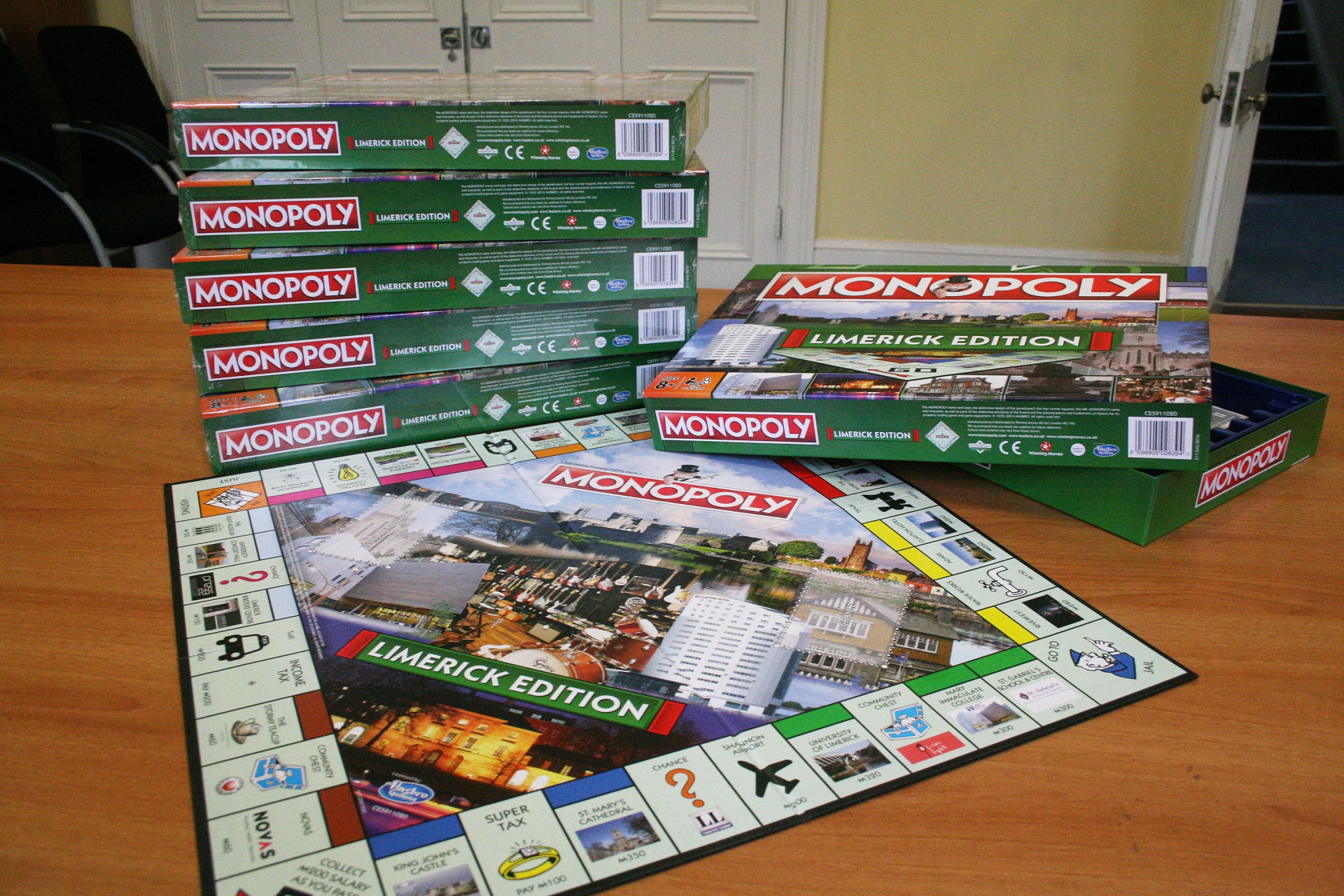 Over the past year, adjudicators from the Monopoly company held a contest to find the most ideal city and town in Ireland that would be featured on the board.

Games promoter Graham Barnes said that Limerick was selected because of its “tourist magnet” landmarks, namely King John’s Castle, the Treaty Stone and the Hunt Museum – while the Limerick Leader also features. 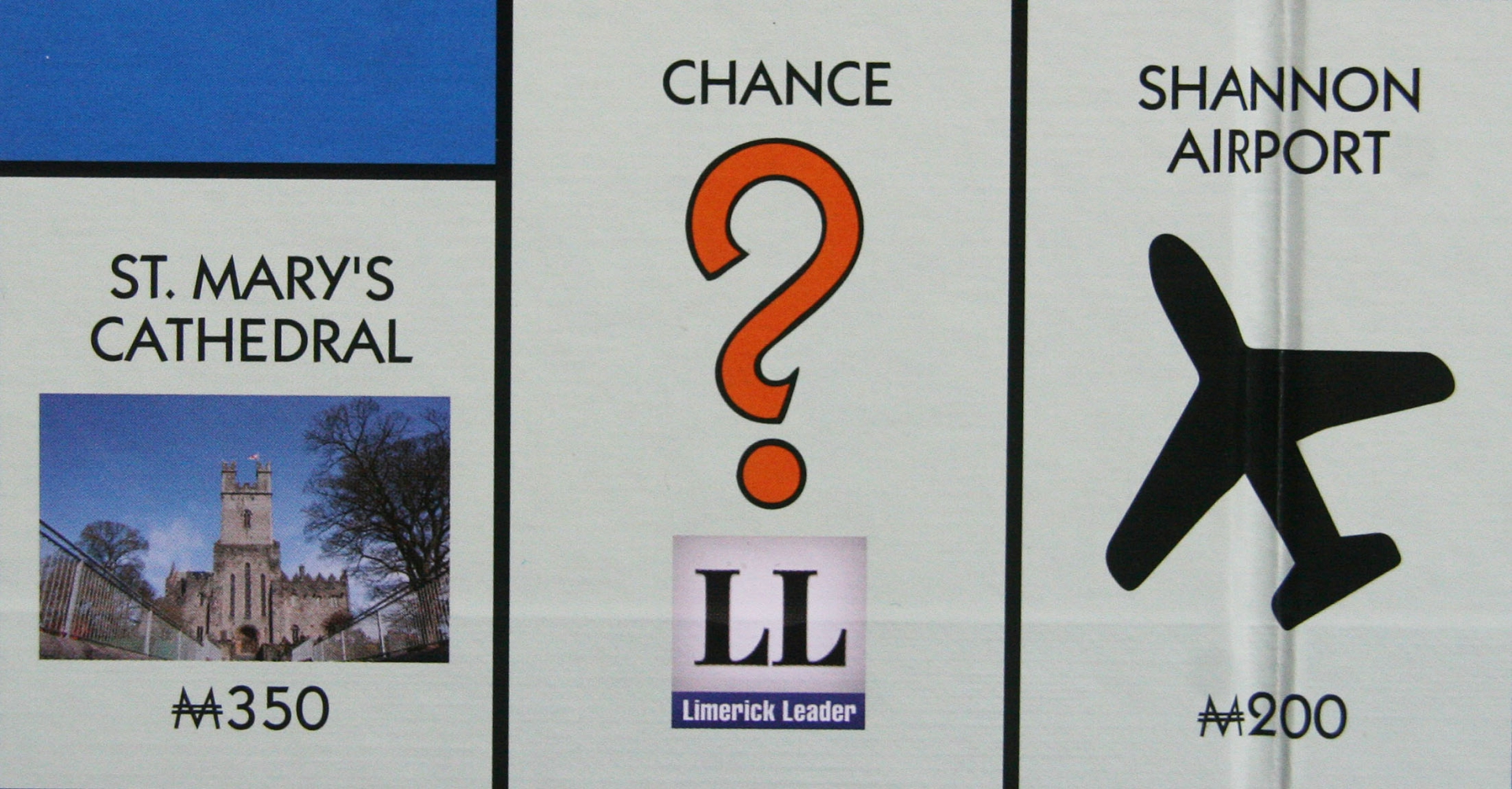 Around 30 local landmarks have replaced the famous original Monopoly streets like Mayfair and Park Lane.

Limerick Person of the Year for 2015, Katie Whelan, who launched the board, also has her charity project Lisa’s Light starring on the Community Chest square.

We have a number of Limerick Monopoly sets to giveaway – simply email competitions@limerickleader.ie with ‘Monopoly Giveaway’ in the subject line and include your contact details. Winners will be informed by email on Wednesday, December 21, 2016.

1 - For starters Peter says at the beginning of the game, one should volunteer to run the Monopoly bank. That way you can be absolutely sure no-one is cheating!

2 - Buy just about everything you land on.

“The game is about developing houses and hotels to accumulate wealth and bankrupt opponents, ” says Peter. “Without a property portfolio you can’t do this.”

And the best properties to buy? Peter says: “It’s not scientific because almost certainly you will need more than one set to win. The strong sets are considered as the orange and red ones. If you secured both of these you will be very hard to beat. If you get one and a couple of other sets then you will be in a very commanding position.”

3 - Be charming and don’t offend other players. “Often a game can hinge on swapping properties with other players so you can each make a set,” says Peter. “If you haven’t been nice to someone during that game they probably won’t want to trade with you.”

4 - If you are in a winning position or even jointly winning then rather than build hotels, stop your property development at four or even three houses per property. That way you can create a housing shortage and inhibit other players’ winning ambitions. There are a maximum of 32 houses that are in play in a game.

5 - Early on in the game if you end up in jail, pay straight away to come out or use a ‘get out of jail’ card, if you have one. Later on in the game, however, if you have built up a property empire then you stay in jail for as long as you can.

“This is a little known rule that can make all the difference between winning and losing,” says Peter.

“That’s because you can still collect on your property while in jail. Also, if you are locked in the Monopoly jail you can’t land on other people’s properties and pay them.”

Peter concludes: “Follow these tips and you could well be laughing all the way to the Monopoly bank.”