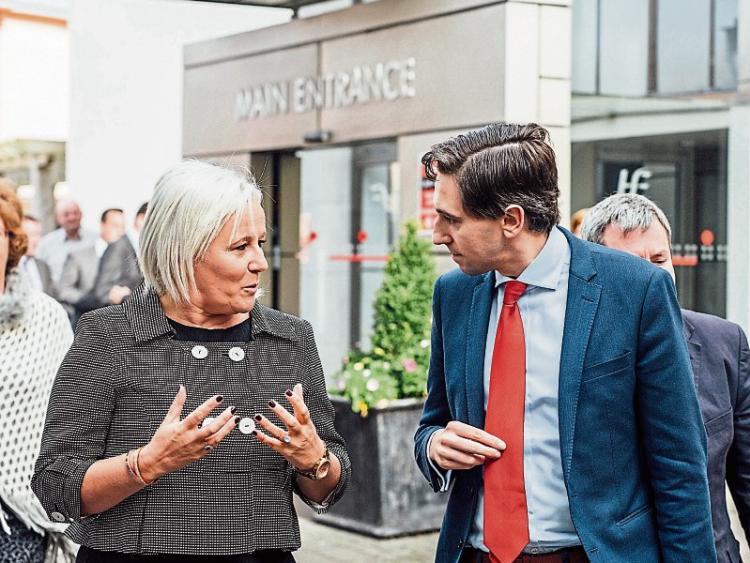 DESPITE assurances from Senator Kieran O'Donnell, it is still unclear if a new “state-of-the-art” emergency department at University Hospital Limerick will open next May as promised.

The date of the opening is shrouded in doubt with a hospital spokesperson stating it would open “as soon as possible.”

According to the HSE service plan for 2017, the new A&E will see its completion by March, but will not be fully-operational by October at the earliest.

However, after Minister for Health Simon Harris paid a special visit to A&E, he said that it was “an absolute priority” for it to be opened in May. The UL Hospitals Group had previously stated that it was “on target” to open the new unit in March.

A total of €8.45m has been allocated for capital funding for 2017, with total capital costs amounting to €24m for the project, which will alleviate overcrowding at the Dooradoyle hospital.

When asked if there was a “funding barrier” for the project, a spokesperson for UL Hospitals replied: “UL Hospitals Group welcomes the inclusion of funding for the opening of the new ED at University Hospital Limerick in the 2017 HSE national service plan.

“We will continue to advance plans through ongoing recruitment of staff and commissioning of equipment to enable the new ED to open as soon as possible.”

When asked on Friday morning if the new A&E was going to be fully-operational by May, the spokesperson said that they were “unable to provide any further details at this time”.

Following the report, Sen Kieran O’Donnell met with the Minister to express his “surprise in the strongest possible terms with this apparent delay in funding for the new A&E at UHL.

“Minister Harris has committed to me that he will ensure that the necessary funding is in place to enable the new A&E at UHL to operate from the day it is fully completed and ready to operate. “I understand from UHL management that the new A&E at UHL is on schedule to be completed and ready for operation by May 2017. “The people of Limerick and the entire Mid-West have waited too long for this new A&E to be opened and any further delays are not acceptable.”