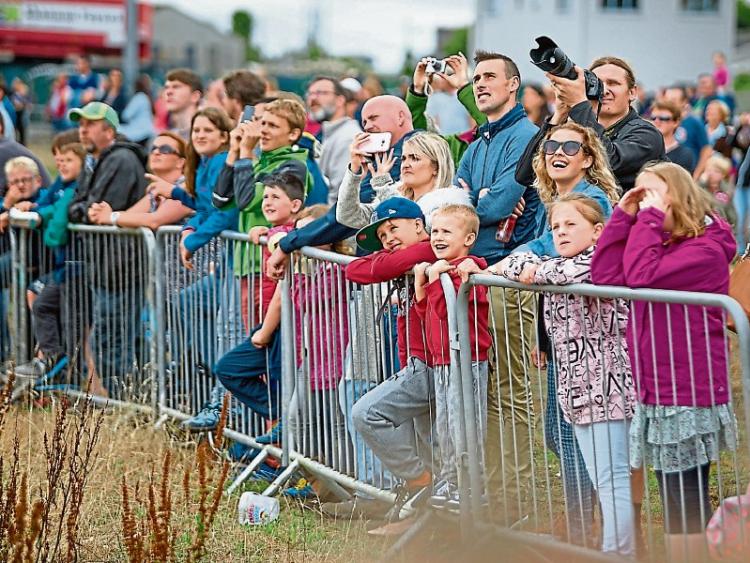 THE NEXT Foynes Air Show is officially going ahead on July 22, 2017.

The Saturday showing will coincide with the Irish Coffee Festival, which will take place on Sunday, July 23.

The air show will now be a joint effort with the Bray Air Display, and all acts invited to the Bray show will also be invited to Foynes.

Organiser Margaret O’Shaughnessy, of Foynes Flying Boat Museum, addressed the monthly meeting of the Adare Rathkeale municipal district this week, where she made the initial announcement of the date and plans for the hugely popular event.

“The biggest air show in the country and one of the biggest in Europe — the Bray air show, which is usually the week after us — brings in 180,000 people,” said Ms O’Shaughnessy.

“Foynes and Bray have joined. What that means is that in January we will be announcing a new logo, a new identity, as Aviation Ireland. The idea behind Aviation Ireland is to celebrate on the east coast and the west coast, the history of aviation for the whole country,” she said.

“It also means that we will have a much higher profile. It will change the game totally for us. I think it’s a huge honour for Foynes, and it shows that we’ve worked well over the years,” she added.

The event is expected to increase in size compared to previous years, and this will “entail bigger costs on the ground”.

It’s expected a park and ride system will be in operation again to accommodate the influx of traffic to the village.

It is hoped that the joining up of the air show on the Saturday and the Irish Coffee festival on the Sunday will entice tourists to stay the night in Limerick.

“It will be a weekend of celebration in Foynes,” added Ms O’Shaughnessy.

Limerick City and County Council is due to get back to organisers after Christmas regarding the funding that can be made available to support the festival.