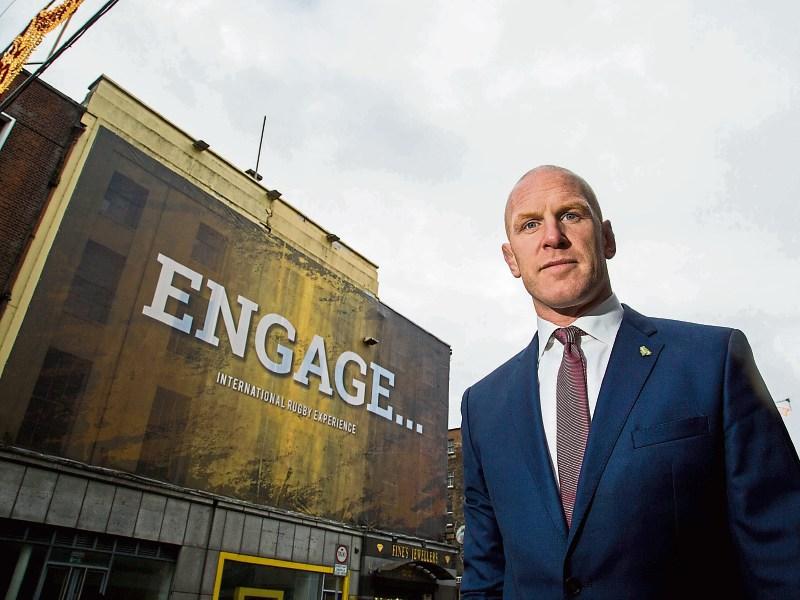 PAUL O’Connell has said that “further funding will be sought” for an interactive rugby experience for the city, backed by JP McManus to the tune of €10m.

The 30,000 square foot exhibition space could generate an extra €17m per year in revenue for the local economy when up and running in September 2019.

The digital interactive visitor centre, dedicated to rugby, will be located at 40-42 O’Connell Street and No 1 Cecil Street with the intention of becoming an “international tourist attraction” that could create 100 jobs during construction and after completion.

Paul told the Limerick Leader this week that JP McManus “suggested the idea of a rugby museum to me about two years ago”.

“Since I have retired from playing we have spoken about it a bit more. It has evolved now from a museum to an interactive digital experience.

“Rugby plays such a big role in Limerick, obviously, it is fitting that it will be located here. It will be great for the city to have a well-done, top-class visitor attraction in the middle of the city centre which will attract people and tourists. It will help the city a lot.

“I am very proud of Limerick and very proud of my Limerick roots. This is just an opportunity to do something for the city which I think is in a very good place at the moment, but it needs every little bit of help it can get.”

Paul confirmed that he had met finance minister Michael Noonan and “he is supportive of the project and we would be hoping to meet government officials now in the next while to try and secure more funding.

“I am involved in trying to direct it and help it so it gets up and running, do everything I can to get it off the ground to the highest standards possible.

“Obviously, there is going to be plenty of partnerships needed in the project. I will just help with some of that stuff and work pretty hard on it.”

It will feature 4D interactive galleries and exhibits and “futuristic and interactive presentations in a state-of-the-art setting”. Already signed up on an advisory board with Paul are former All Black captain Sean Fitzpatrick, Australian legend Michael Lynagh and ex-Irish and Munster star Keith Wood.

Paul said: “We want this to be a project people come from all over the world to see. I think it will feature a bit of everything, really, from the international game, all corners of the world that it is played, but certainly a little bit of local stuff as well. At this stage it is very hard to say because we are at a very early planning stage.

“The process of deciding what is going to be in the museum starts now. A museum these days has become really, really interactive. It is not necessarily about walking around looking at photos, looking at jerseys – there will certainly be a little bit of that – but it is about people getting in and being able to look at what they want to look at and experience things.

“A lot of things are moving towards virtual reality now and we are just going to explore all these ideas now and see what kind of a world class project we can produce.”