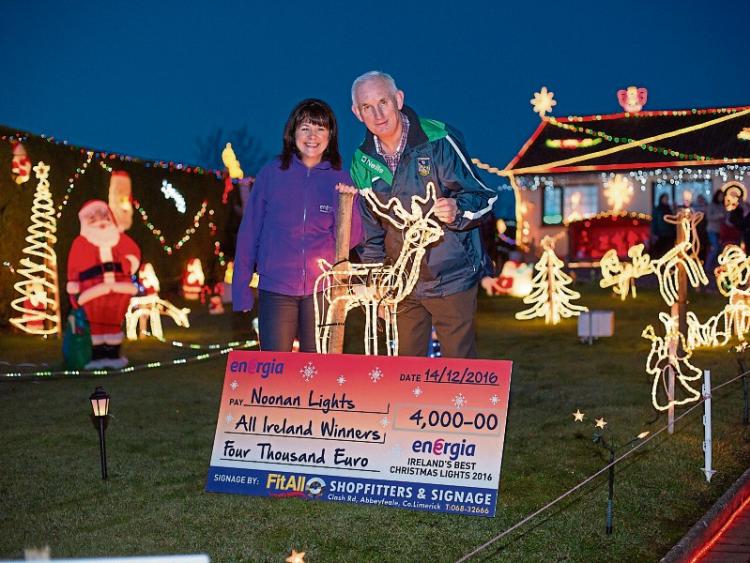 FOR Tony Noonan, winning the title of Ireland’s Most Christmassy Home 2016 is as good as winning an All-Ireland hurling title.

And he is hugely proud to be bringing a national title home to Limerick and to Templeglantine in the form of Energia’s annual Christmassy Home competition.

“I am delighted,” Tony said this Wednesday when he received his prize-winning cheque. Energia’s original prize was for €2000 for the charity of his choice and €2000 for the family but Tony knocked that idea on the head and told them in no uncertain terms the full €4000 was going to charity. 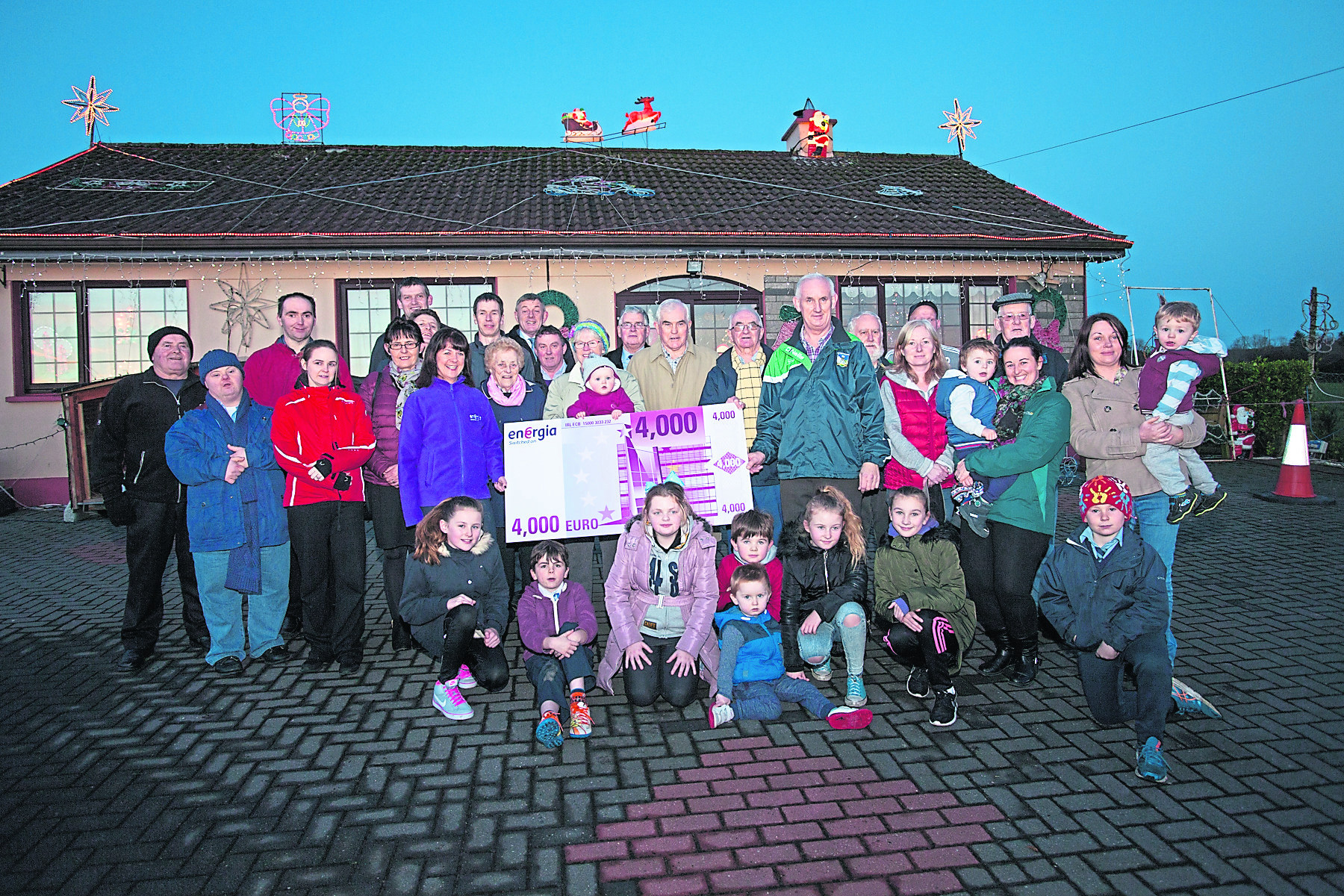 “We are a charity house,” he said.

He is not entirely sure how many houses were entered for the Most Christmassy Home but by last week, he knew he was on the 20-strong shortlist.

“It was then down to votes,” Tony explained.

Last Thursday, he was about 700 votes behind the top choice but thanks to a  strong campaign, he rallied and clocked up 1100 votes on Sunday alone.

“The Healy Raes and Willie O’Dea have good voting machines but we had ours,” Tony joked. “We are proud Limerick people and we have won a national competition.”

And the €4000 will be a big bonus for his chosen charities which this year are the Brothers of Charity in Newcastle West and Foynes, the Alzheimers Centre in Adare, Milford Care Centre and CRY Monagea.

But these charities will also benefit from the huge generosity of the hundreds of families who travel to Templeglantine  to see his Winter Wonderland, a lights extravaganza which he has been building up over the past 20 years.

Come and see the spectacle for yourself, Tony added.