Limerick band to headline venue on May Bank Holiday 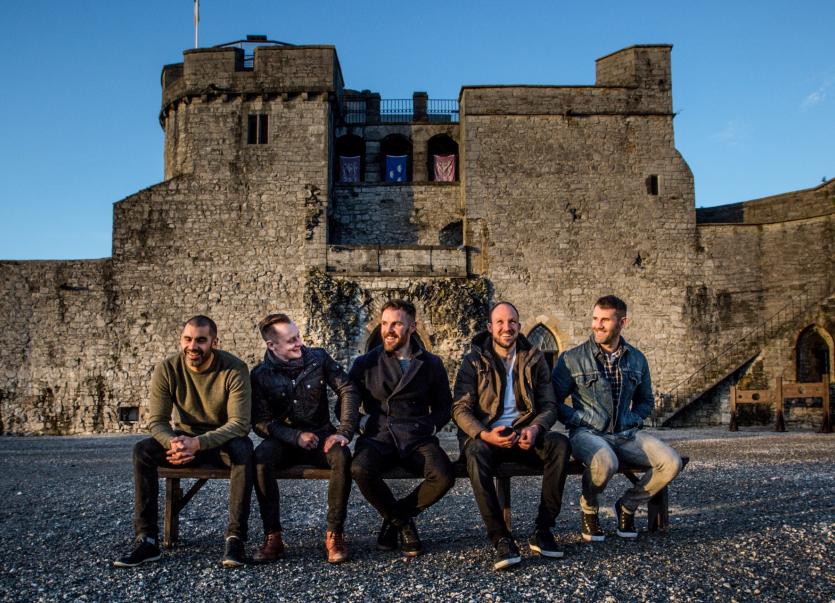 LIMERICK band Hermitage Green will play their 'biggest gig to date' at King John's Castle next year, it has been announced.

The Limerick band will play the Castle on the Sunday of the May Bank Holiday weekend - April 30. Tickets go on sale this Monday.

Barry Murphy of Hermitage Green told the Limerick Leader that the band had "always dreamed" of playing King John's Castle, gigs in which kicked off again this year after The Frames played the venue in 2004.

"We are delighted. We have always dreamed of doing it, looking at other bands doing it recently and we have found with the big ones, just book them and make an event of it," said Barry.

"Starting off in the Curragower Bar, looking across at it when we started out, it is funny that in a few years you get to play somewhere like that, in front of those kind of people and it is such a brilliant weekend in Limerick."

The band played the same date this year in the Big Top at the Milk Market - a sold out gig, as are two upcoming gigs in Dolan's Warehouse - who book the Castle as a music venue.

"We can’t wait for the Dolan's gigs. All the focus after that then is on putting on a big show in King John’s. We have a lot of travelling between now and then - UK, the US, Canada.

"We have had such a ball playing the Big Top those weekends in the last couple of years and selling those out that it made sense to go on to the Castle," said Barry.

"And it is our biggest gig to date ever, so we are absolutely delighted about it. It will be our only gig in Limerick probably in 2017 the way we are looking at it, we are going to gig less this year and focus on our second album. So we are very excited."

Hermitage Green released their debut studio album Save Your Soul on Sony Ireland this year, playing a host of high profile gigs, including on the main stage at Electric Picnic and a sold out gig in the Olympia in Dublin. But one of their favourite was earlier this week - at Milford National School in Castletroy.

A video of the five piece playing an acoustic set for the 600 primary school kids has been viewed upwards of 40,000 times.

"They have started a choir in the school and decided to choose Quicksand as their theme song for the panto," explained Barry.

"My niece is in the school and she told us about it, so I thought it would be a cool thing to go down and maybe play the song for the class or the choir. And then they asked us to go into the gym and play for everyone - we are writing at the moment in Eastway and it is just down the road, so it meant nothing to us to take an hour to go over.

"But we weren’t expecting them to know every word to every song - which was pretty class.

"They had a stage set up and all for the 600 students, so we blew the heads off them for the first half an hour and then we went down and did an acoustic folk song called the Kerosene Light in the middle of them. We walked down into the middle of them and got them to sing along - it was class, brilliant. Such legends the lot of them - clapping and singing," he laughed.