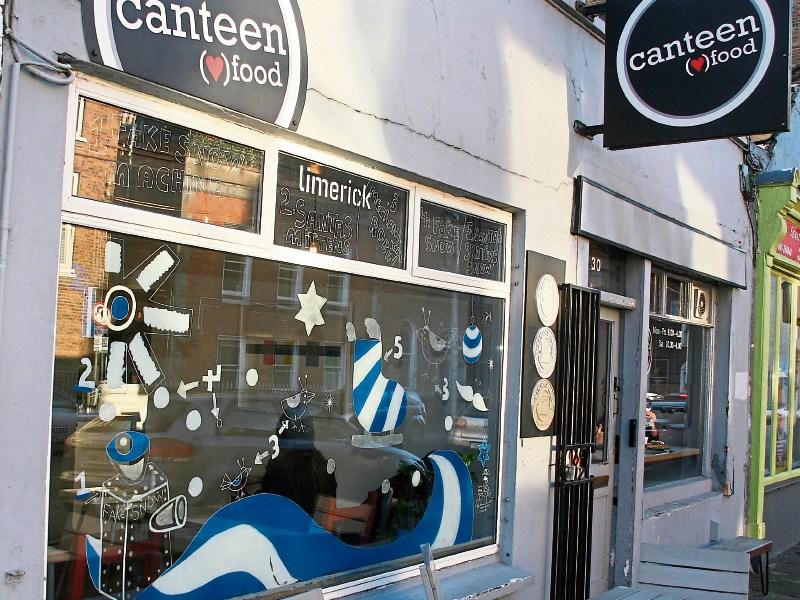 The duo have weaved their Christmas magic on Canteen Picture: Adrian Butler

BEHIND the decorative swathes of blue and silver and white paint across the windows of premises in the city lies a deeper message.

Limerick-based signwriter Tom Collins, who is in business 21 years, and Cork based painter Martin Finnin have come together to paint and create a series of alternative Christmas windows, which they hope will encourage patrons of popular coffee shops and restaurants to dig deep and give what they can to raise funds for suicide prevention groups in Limerick. 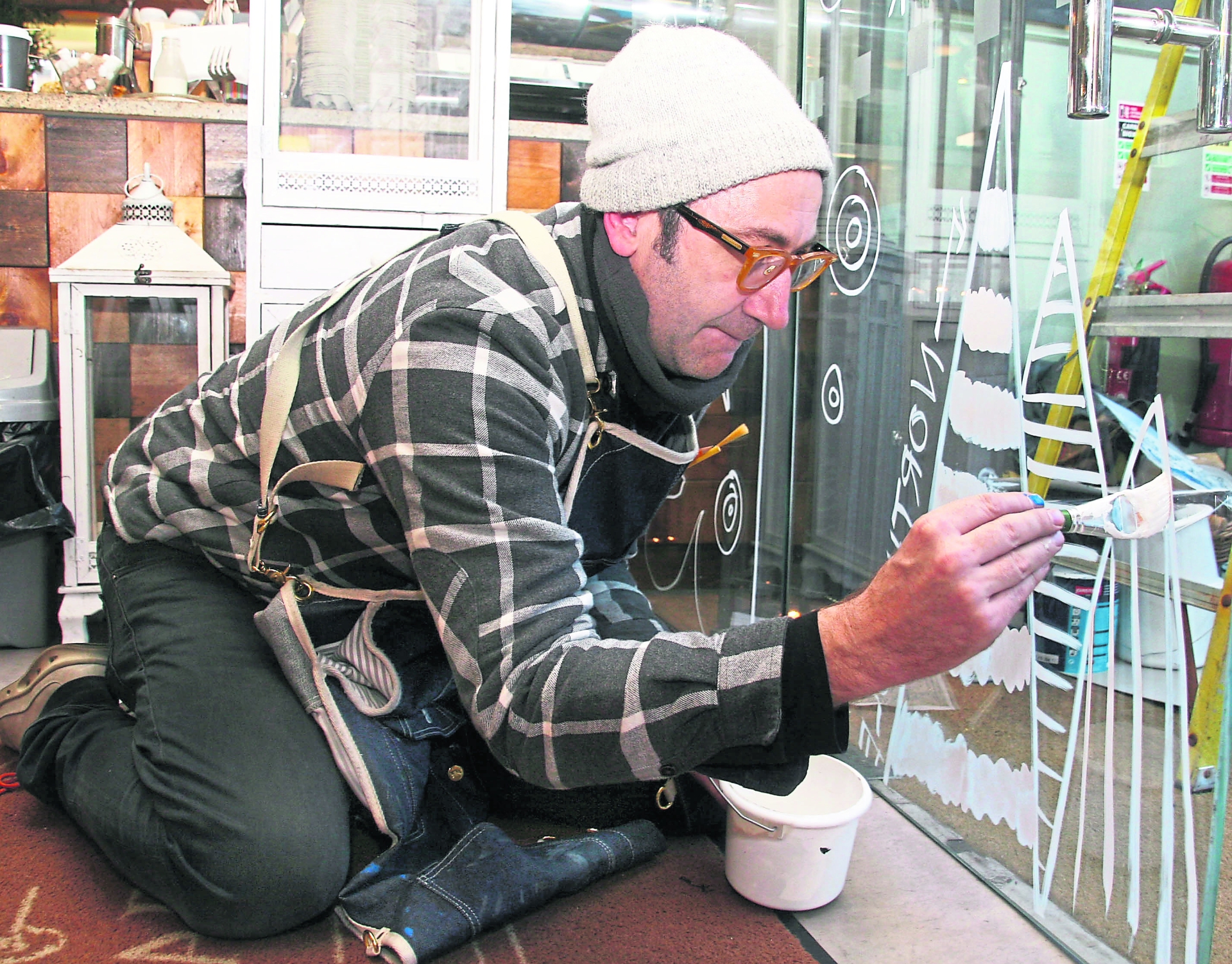 All proceeds raised from each of the participating business’s collections will be donated to the two suicide prevention volunteer groups, which predominantly patrol the River Shannon in the city as many nights a week as possible.

In all they have decorated the windows of more than 10 locations to date, with possibly more to come – time permitting –including Canteen on Mallow Street, The Sage Cafe on Catherine Street, Bean an Tí on Little Catherine Street, La Cucina Centro on Henry Street, La Cucina in Castletroy, The Hunt Cafe, Hook & Ladder on Sarsfield Street, and the Niki O’Connell Montessori School A.M.I.

The HSE Adult Special Needs Centre in Dooradoyle and Milford National School have also picked up the mantle – or paintbrush – and been inspired to create their own for the same cause.

Contributions will be accepted from the public up to early January. Tom said that these playful and original windows have been created using silver leaf, liquid chalk markers and temporary paints, with methods both he and Martin have honed over their years of painting Christmas windows when they were starting out in their respective careers.

“I’m lucky that I’m now in a position where I can do something like this. You can be an artist in modern Ireland, and put food on the table, and do good work that makes you feel good, and has a nice affect on your surroundings,” said Tom.

Martin is represented by John Martin Galleries in Sloane Square, and has been working as a full-time artist since he had his first gallery show aged 20. 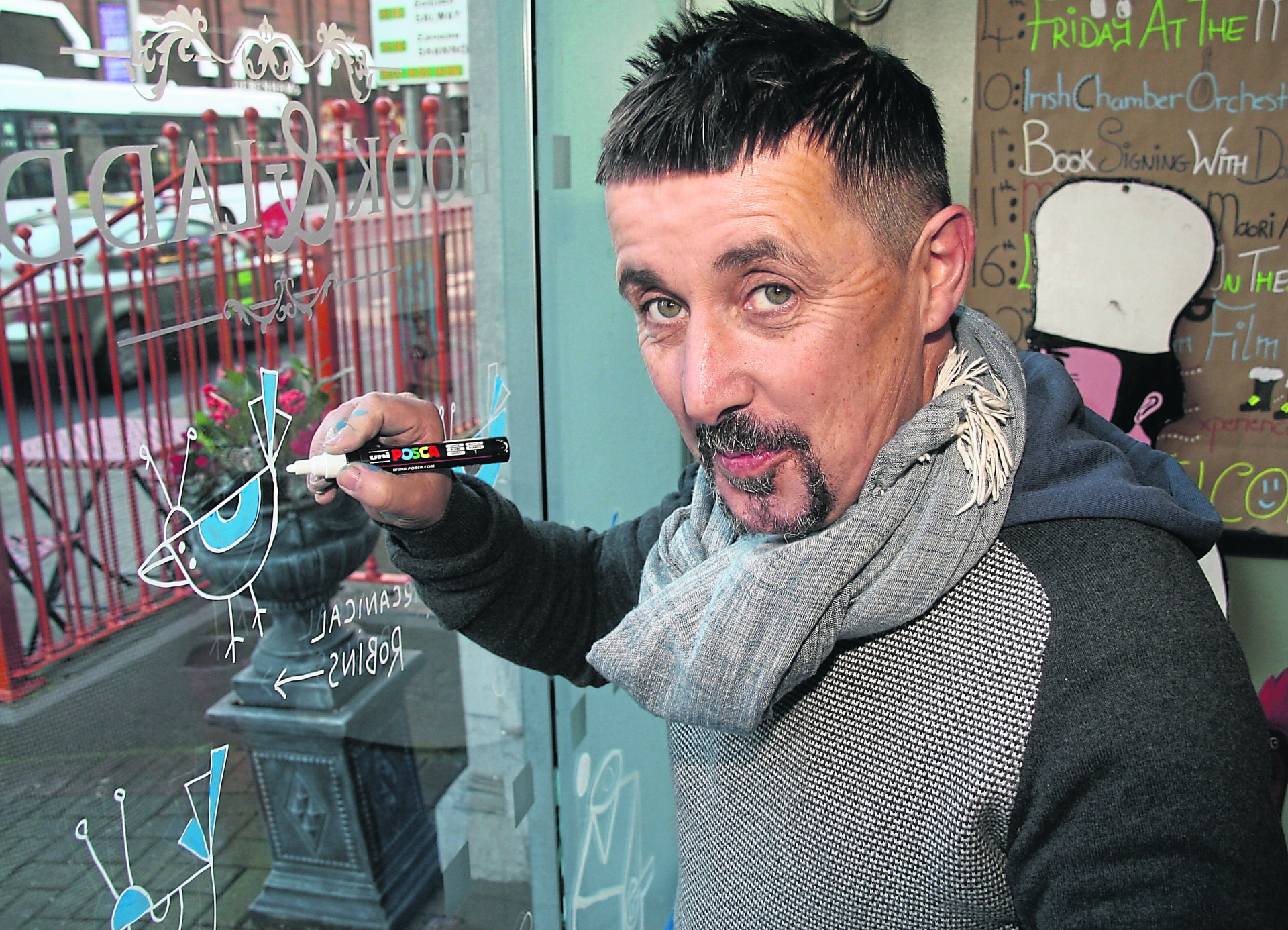 “To me the creative process is a perpetual flow of recurring opposites that dance around some elusive core for the duration of your existence. I have to work, then sit still and look. I have to absorb, fill up and then find a way to disperse it all. Putting paint on, wiping it off. Adding and subtracting,” said Martin.

“I am an artist because I can’t do anything else. I am happy to be working with paint. If someone took the paints away I would draw. If I couldn’t draw I would end up playing around with a few chairs, rearranging them or breaking them up. I paint to make sense of the world.

"It’s a way to get rid of all the information, all the stuff I pick up every day. It’s not cerebral. It’s just functional the same way it is functional to sneeze.”