Limerick Voice newspaper should be 'used to market university' 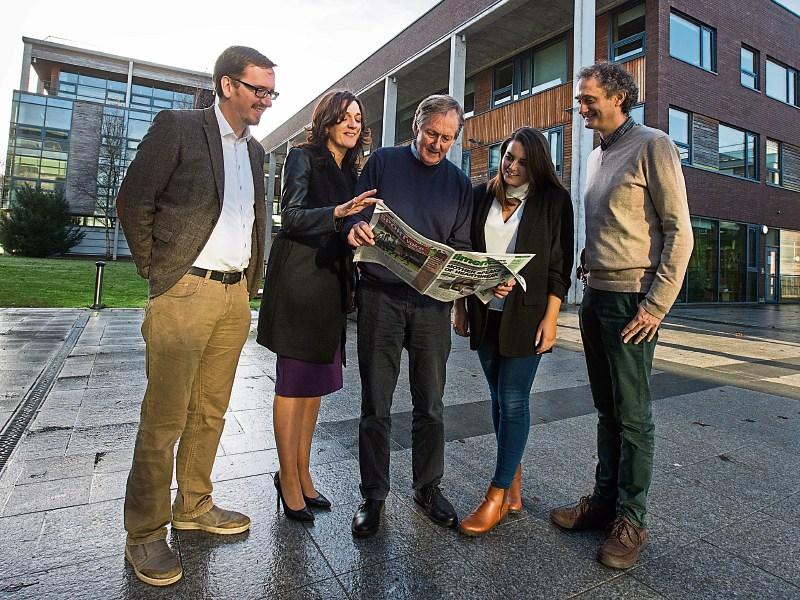 THE ANNUAL Limerick Voice newspaper — a 40-page tabloid distributed recently with the Limerick Leader — should be used to market the University of Limerick, a top UL professor has said.

In the lead story of the edition - the ninth in its short history - Voice reporter Ryan O’Rourke spoke exclusively to grieving mother Abina Ring, whose daughter and two grandchildren were murdered in Newcastle West in November 2010.

It is the first time Ms Ring had spoken about the impact the murders of her daughter Sarah Hines and two children Reece, 3, and baby Amy, had on her and her family, and the devastating consequences of domestic violence.

Prof Tom Lodge, dean of the arts, humanities and social sciences, said that the newspaper was “one of the most exciting outcomes” in the university, and it “should be used to market University of Limerick, and not just journalism at UL”.

Describing it as a “fantastic” newspaper, he said: “What I like about the Limerick Voice is the moral consistency, in the sense that it is a voice for the voiceless, and this does just that.”

The editor Michelle Hogan said that the work done by the team was “absolutely phenomenal”.

“We sat down in week three of the semester, and we said: ‘Look, what can we do differently? How can we better this?’ And when you have so much time, it gave us the opportunity to look at Limerick as a whole, look up statistics, and we had time to analyse things. We had more time to look deeper into issues that were happening.”

Speaking on behalf of the Limerick Leader, assistant editor Alan Owens said that this issue “was the strongest edition to date” and praised the young journalists’ work.

Lecturer Kathryn Hayes said that the launch marked a “very special and important” day for the university, and that the students have a “real taste of the practical reality of journalism”.