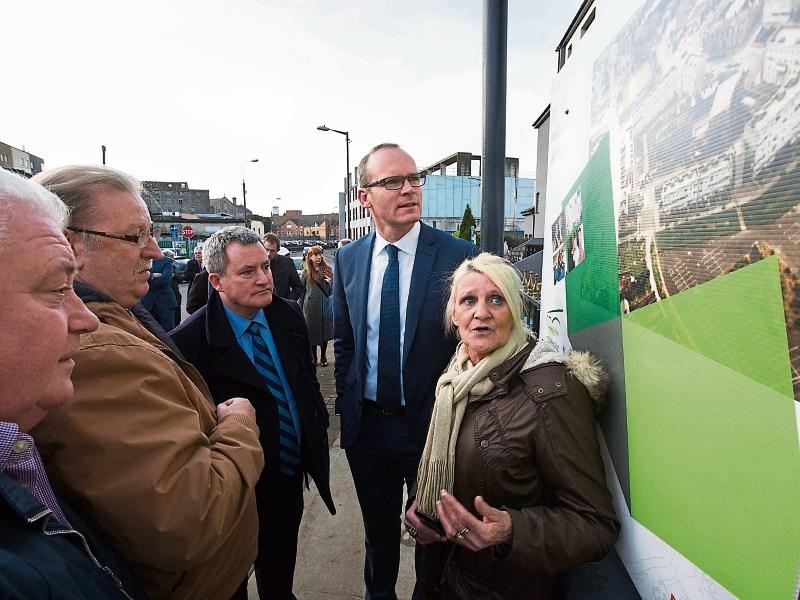 A REPORT launched by Minister for Housing Simon Coveney shows that the Limerick Regeneration programme had a €12m impact on the local economy in 2015.

Launched at Innovate Limerick on Roxboro Road on Friday morning, the 320-page report reviews the progress of the Limerick Regeneration Framework Implementation Plan, which was launched in September 2013.

The report states that 300 jobs have been created as a “direct result” of programme funding; there was €12.2m total employment income impact in 2015; increased attendance at school; 50% of new homes are either completed or at design stage; and there are “safer communities working in partnership with communities, policing and CCTV”.

Addressing more than 200 local leaders, Minister Coveney said that the findings in the report represented “an important milestone” in its progress. When the 2013 plan was launched, it projected a budget of €293m; €253m to be spent on physical works, and €40m to be spent on economic and social projects. It is estimated that around €260m has been spent so far.

“The problems faced in Limerick when the Implementation Plan started were real and challenging and are still being addressed. But the progress and the level of investment already made are also real.  We need to build on the success achieved to date and continue collaboration across all agencies and community interests, so that all the recommendations you have set out in the review can be delivered,” he stated.

Limerick City and County Council chief executive Conn Murray said that the results so far have been “encouraging”, adding that “there is still a considerable journey to travel”.

Fr Pat Hogan, Southill, delivers honest, powerful speech on the effects and outcomes of Regeneration in the city @Limerick_Leader pic.twitter.com/imArtxXFqP

“The physical regeneration of the programme has been accelerated since the launch of the framework plan. This momentum must be sustained to complete the rebuilding programme.”

Carmel Kirby, of Regeneration, said that the work being carried out by the council’s frontline services “is paying off. We can continue the important work of cooperating with the communities themselves and working with public and private sector agencies to meet our targets and even further improve the quality of life for the people.”

For more, pick up the Limerick Leader Monday tabloid