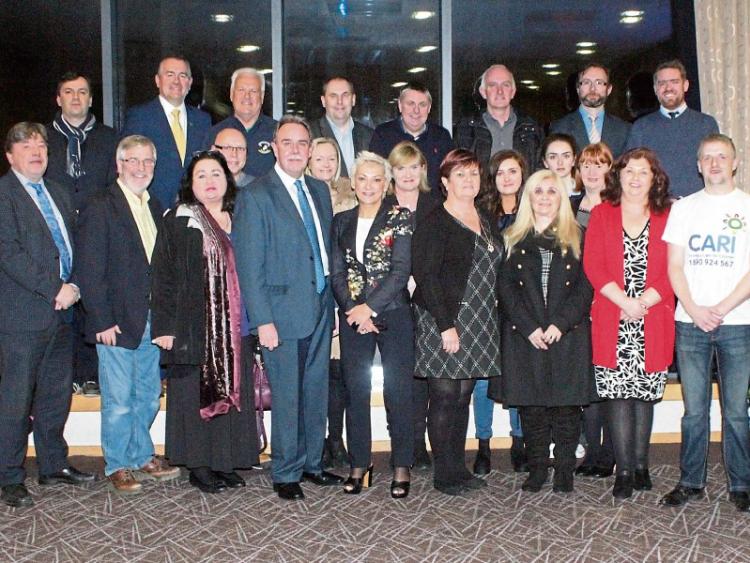 BERNARD Lucas, husband of Doolin Coast Guard member Catriona who was killed in Kilkee in September, collected a cheque for €1,000 on behalf of the organisation at the Strand Hotel on Monday night.

The Doolin Coast Guard was one of the beneficiaries of the recent Mid-West Press Ball, which raised €17,000 for charities and local voluntary groups.

Mr Lucas and his daughter Emma collected the cheque for the voluntary Doolin service, praised by Press Ball chairman, Ron Kirwan as “all heroes, who put their lives at risk for the rest of us, as Catriona Lucas did”.

The majority of funds raised was given to three groups – the Children’s Ark, the Neonatal Unit in Dooradoyle and to CARI (Children at Risk in Ireland), all of whom have a brief to work with the children, Mr Kirwan said.

Mary Madden of CARI, based on the Ennis Road, said the funds would be of “vital importance” to the organisation.

“We are so delighted and we simply cannot thank people enough.”