Man killed in 'tragic accident' in Limerick is named 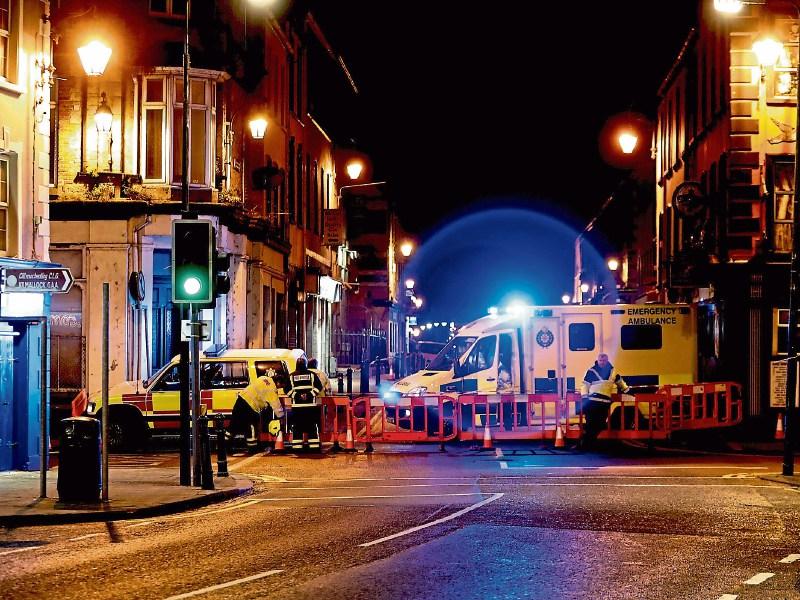 The scene of the incident on Lord Edward Street on Kilmallock Picture: Keith Wiseman

THE man who lost his life in a road traffic accident in County Limerick on Wednesday evening has been named locally as Tadgh McCarthy from Kilmallock.

Mr McCarthy, 53, suffered fatal injuries when he was struck by a lorry on Lord Edward Street in Kilmallock shortly after 5pm.

Mr McCarthy, who was on foot, was pronounced dead at the scene. His body was taken to University Hospital Limerick where a post mortem is to be arranged.

No other injuries were reported. No arrests have been made.

Inspector Luke Conlon of Bruff Garda Station said it was a "tragic accident".

Mr McCarthy was described by residents in the area this Thursday as a popular member of the local community.

“Tadgh was a gentleman who was very popular in the town. His tragic death has come as a great shock.  We are thinking of all the families involved in what was a tragic accident,” said one local.

Ambulance crew, members of the fire brigade service and gardai responded to the incident. The scene was preserved and a section of Lord Edward Street was closed for a period of time to facilitate Garda Forensic Collision Investigators.

Investigating Gardaí are appealing for witnesses and anyone with information, particularly those who were in the vicinity of Lord Edward Street on Wednesday evening between 4.30pm and 5.30pm are asked to contact them at Bruff Garda Station on 061-382940, the Garda Confidential Line on 1800-666111 or any garda station.