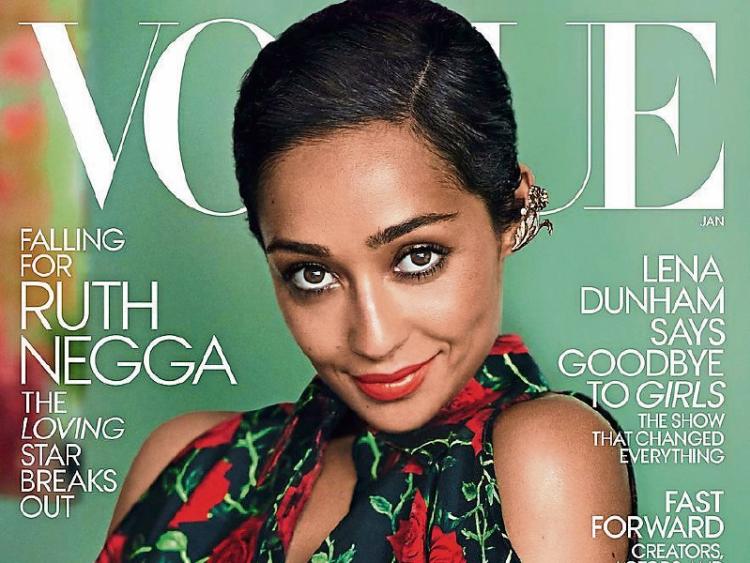 Ruth Negga on the cover of Vogue US and below, the New York Times feature

LIMERICK raised actress Ruth Negga, who is a hot tip for a Best Actress nomination at the Oscars, has now been featured on both the covers of US Vogue and the New York Times magazine.

Both publications, which carry huge influence, released images of the front covers of their forthcoming publications this week.

And both feature the hottest actress of the moment – Ruth Negga. 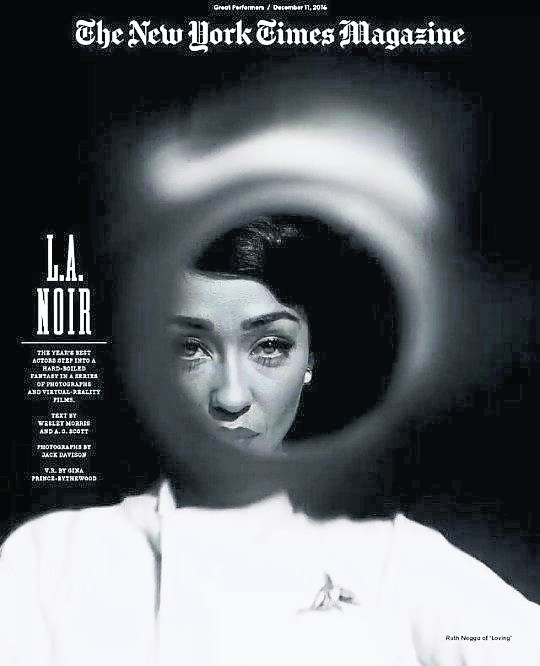 It's certainly a long way from Dooradoyle – where most of her family are based – for the 34 year-old former star of Love/Hate.

Among her cousins in Limerick is Peter Malone, who has played rugby with Bruff, St Munchin's, Garryowen, Munster, and who is now Munster Rugby's elite player development manager.

Ruth’s mother Nora now lives in London, after moving from Limerick, and there are five aunts and uncles from the Dooradoyle Road, and even more cousins.

Negga, an only child, was born in Addis Ababa, Ethiopia, where she lived until she was four.

Her mother was working in Ethiopia as a nurse when she met Ruth's father. Sadly, he died in a car accident when she was just seven.

Her breakout role was in Neil Jordan’s 2004 film Breakfast on Pluto, followed by Ophelia at the National Theatre, the Misfits TV series on E4,  and she also played Shirley Bassey in the BBC2 production Shirley.

Portman is also tipped to receive a Best Actress Oscar nomination for her role as Jackie Kennedy in an upcoming biopic about the late former US first lady, but said that she thinks former Love/Hate star Negga could take home the gong for her performance in Loving.

Both actresses have now been shortlisted for best actress in the Critics’ Choice Awards, with the gala ceremony to be held in Santa Monica on December 11 next.

In the film Loving, Negga stars alongside Joel Edgerton in Jeff Nichols' civil rights drama, which is based on the true story of a Virginia couple who were jailed for their interracial marriage in the sixties.

The film has been nominated for four awards in the Critics’ Choice – best actress, best actor, best picture and best original screenplay.

“People are definitely talking about Ruth and the extraordinary emotion she conveys and that to me, indicates a rare, powerful talent,” said Portman.